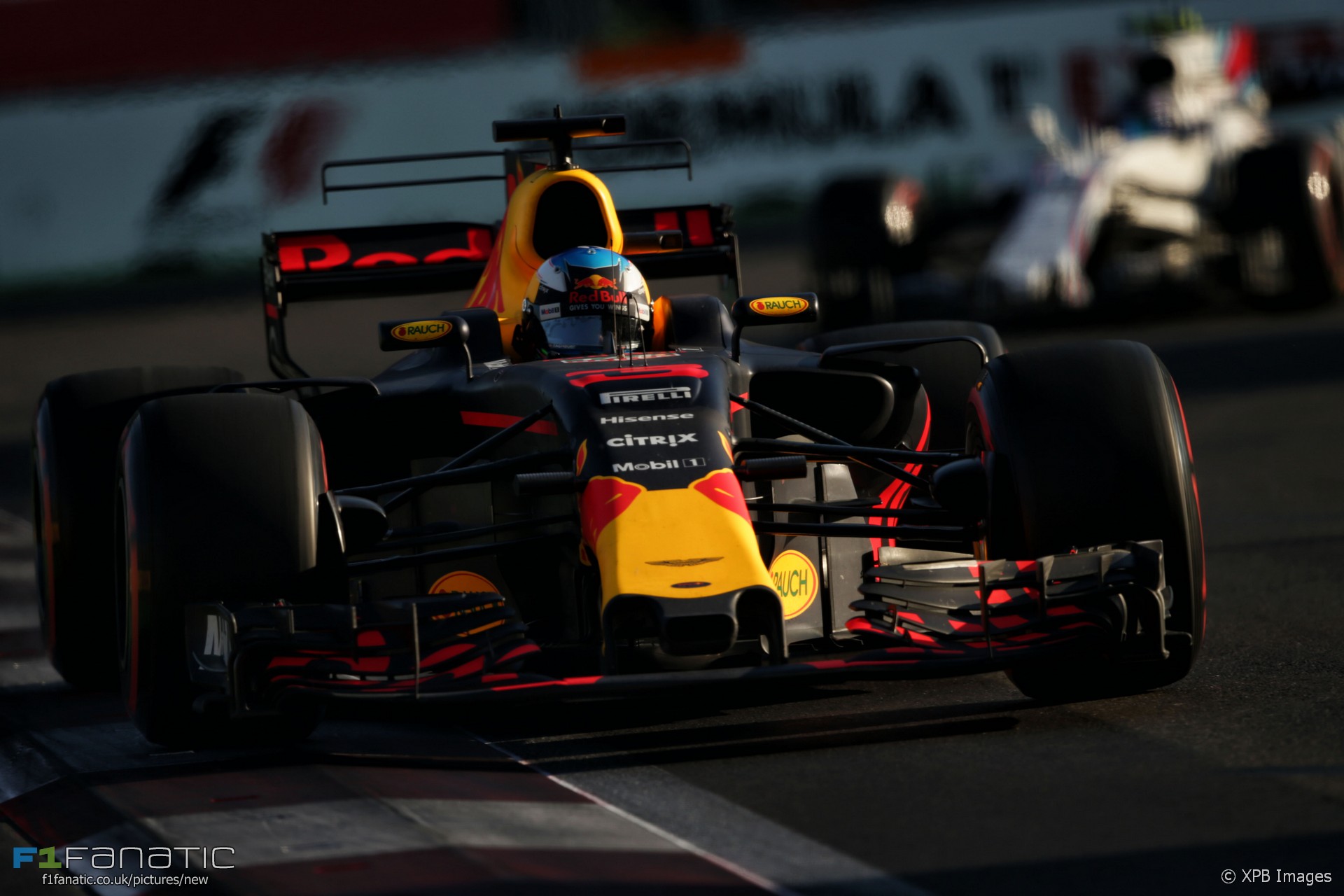 A lucky break on his strategy played a role in Daniel Ricciardo’s surprise Azerbaijan Grand Prix win as Red Bull minimised the time he spent on the slower soft compound tyre.

Ricciardo made an early pit stop five laps into the race to have his brakes checked. The team also took the opportunity to discard his original set of worn super-soft tyres. But he was back in eight laps later as the team took advantage of the first of the day’s Safety Car periods to put him back on the super-softs.

He took another set during the red flag stoppage when all the other drivers used the opportunity to change tyres. But crucially Ricciardo still had a fresh set available, and he took advantage of it to launch himself into third place at the restart, setting himself up for a shock win after Sebastian Vettel and Lewis Hamilton hit trouble.