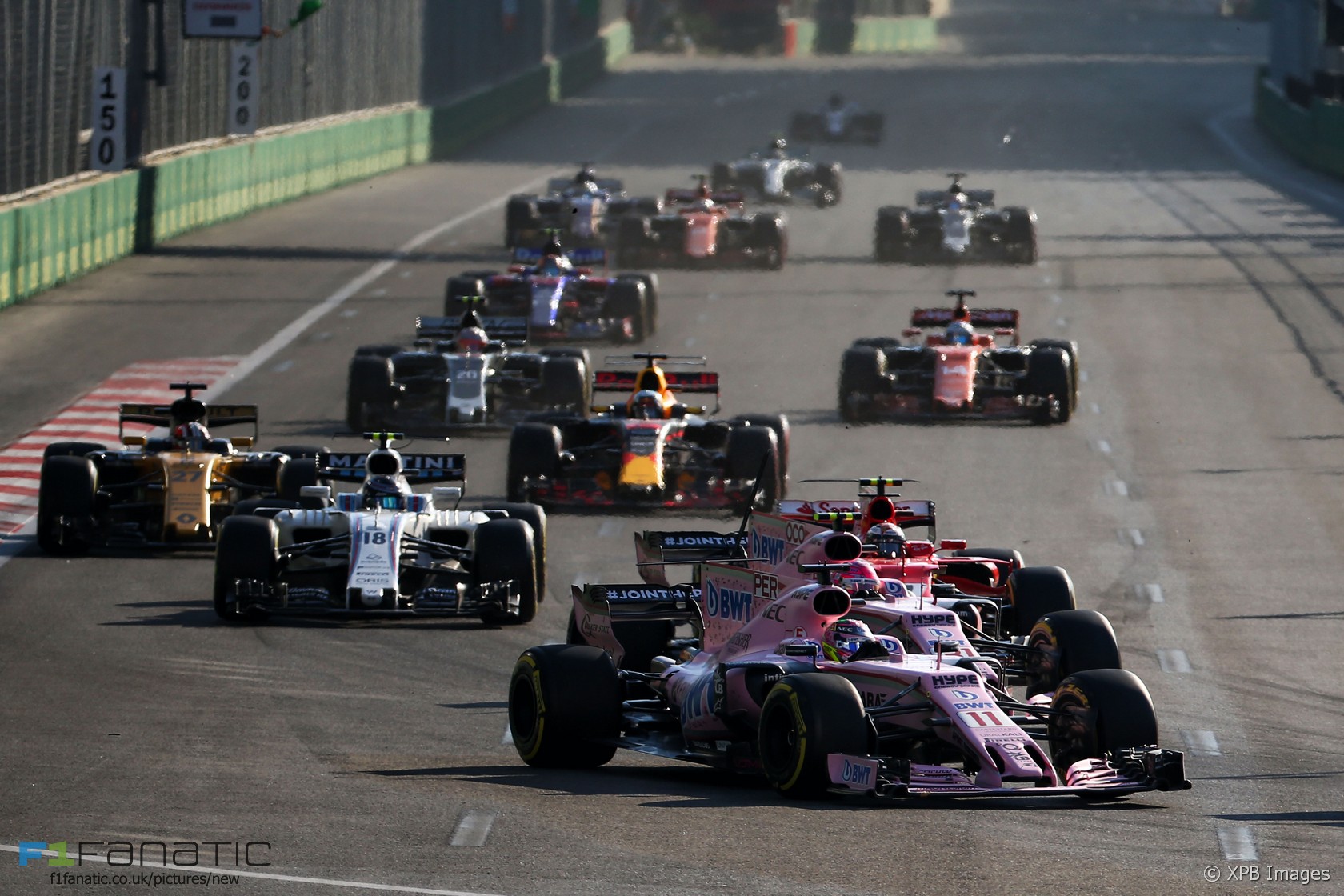 Sergio Perez has described his collision in Azerbaijan with Force India team mate Esteban Ocon as ‘totally unacceptable’ and believes it may have cost the team a chance at victory.

With both Force India drivers running solidly in the top ten after the second restart of the race, the pair collided exiting turn two with Perez appearing to be squeezed against the outside wall by team mate Ocon, damaging both cars.

The damage ultimately led to Perez’s retirement with a broken seat, while Ocon was able to recover after the red flag stoppage to finish sixth. Perez believes the contact cost the team a possible victory.

“We were very close to a win today,” laments Perez. “With all that happened afterwards, when you see what happened today, I think we had everything we needed to be on that top step today. I think up to then, I was doing a great race, with so many restarts.

“I’m very, very sad for my team. They’ve done a fantastic job, working so hard and at the end of the day we’re just employees, the drivers. Just another part of the team and we have to work the same. We cannot be having these types of incidents between us. We ruined a great opportunity for the team.”

Having appeared to hold his line around the outside before contact with Ocon, Perez believes he is not responsible for the unfortunate collision.

“Frankly, I don’t think I could’ve done anything to avoid the accident,” explains Perez. “I was against the wall and there was nowhere for me to go.

Following the clash, Ocon was able to recover up to fourth position following Lewis Hamilton and Sebastian Vettel’s unscheduled pitstops. The Force India was later passed by both the championship protagonists, ultimately crossing the finish line in sixth.

“We unfortunately lost a lot of positions and a lot of time with the incident, which is a shame because I think a great result was possible,” says Ocon.

“I think he [Perez] was a bit deep into turn one at the restart, then I went to his inside between one and two. He squeezed me into the wall but then I was on the inside for turn two. It’s a very tight corner there, obviously. He tried to resist on the outside and we touched.”

Despite the setback, Ocon is choosing to look for the positives in the result.

“Good points for the team, great recovery,” Ocon says. “We had great pace after that, overtook a lot of cars.

“I had the podium for two or three laps, something like that. But then the Ferrari and the Mercedes were too fast for us. But we’ll discuss what happened internally and we’ll be back to being fine.”