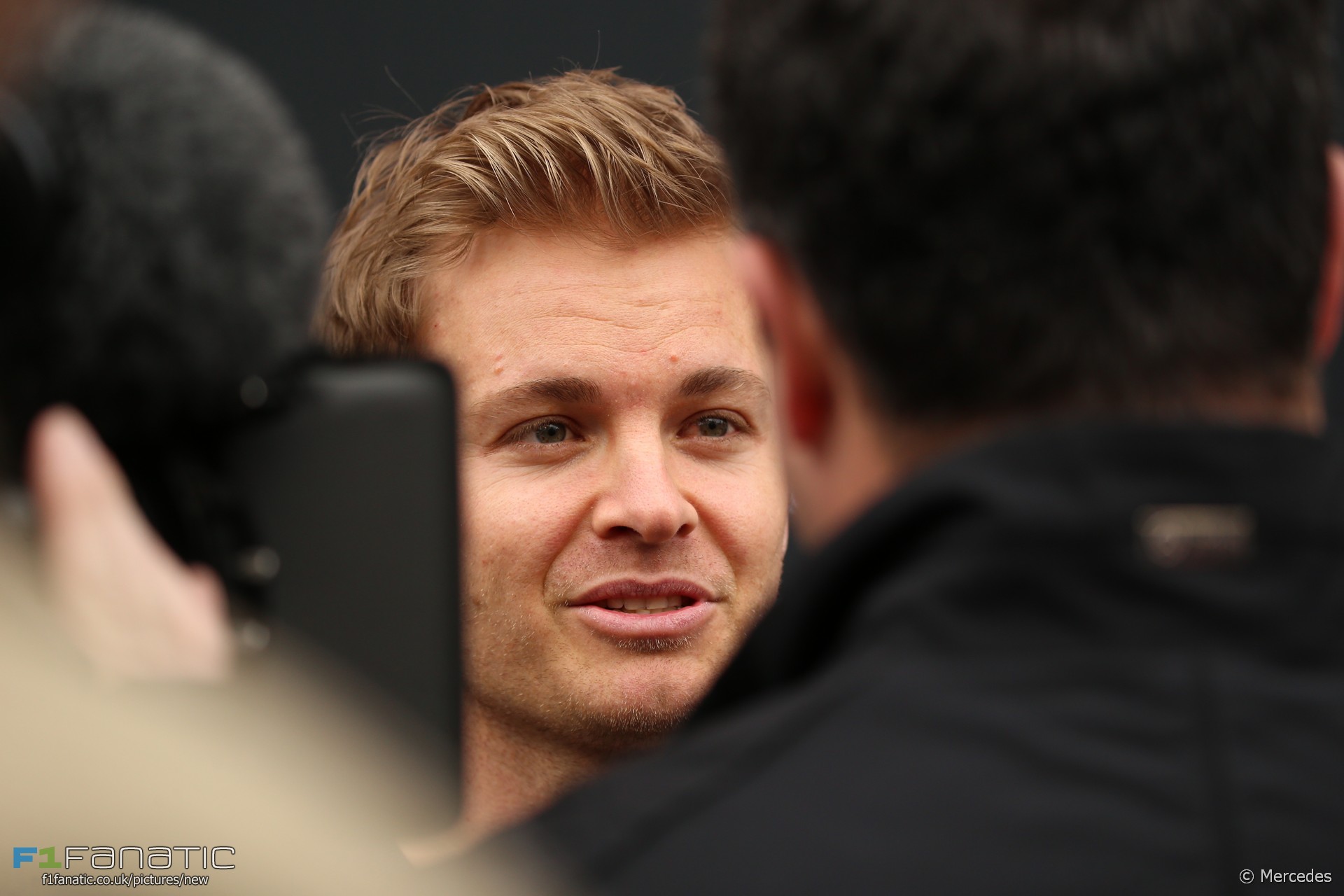 In the round-up: Nico Rosberg rubbishes Toto Wolff’s suggestion he could return to F1 with Ferrari one day.

"'I’ll give you a little confidence,' Wolff said, during a lunch in Montreal last month. 'I would not be surprised to see Nico running at Ferrari or elsewhere. He’s still young.' (Rosberg) grins contentedly when he hears such comments. 'No,' he says, with a conviction that we should know by now not to doubt. 'I’m good.'"

"It was the plan to have the new engine here, so we're on plan."

"We need to take care of this quickly. In light of what I hear from McLaren, it can be scary."

"For Budapest we are set for a big upgrade. Almost all the car – or all the aero side – will be new, so that should give us a good performance boost."

"At the moment we will put the 'Spec Three' tomorrow with the new (MGU-)H because we don't have an older one to run, so that is already a penalty,"

"In my view this is a pretty normal situation, like it has been the last few years and it's OK."

Rosemary Smith is 79 and she just tested a Renault F1 car! (F1i)

"Smith enjoyed a successful career in rallying, winning the 1965 Tulip Rally in Holland, a victory which put the former dress shop owner turned racing driver on the map."

"I would rather get the job done properly for 2019 than rushing something through for 2018."

An overlooked story from last week.

"Hamilton does not like to be told what to do but choosing to be contradictory to make a point about who is in charge is best not achieved at the expense of the people with whom he would connect."

Odd to see a team, in this case Toro Rosso, facing an investigation for "an attempt to enter in a
competition a car in an unsafe condition".

Bernie had said that Liberty 'Don't understand exactly what @F1 is' I think after yesterday he may need to reconsider that PoV. #F1Live

Mega success of #F1LiveLondon proves categorically @F1 bigger than one driver: @LewisHamilton wasn't there so see that himself. #inexcusable

We are so proud to have 2 drivers @alo_oficial @svandoorne who understand the importance of going the extra mile for the fans. 😏 pic.twitter.com/Vyib332K5Y

Is the Shield design the best solution yet to the head protection problem?

OK, it doesn’t look that bad. It doesn’t offend me the way either Halo or Aeroscreen did, but it still looks like something that has just been plunked onto a car as an afterthought (yes, I am aware there is more to it than that, but you know what I mean).

If the FIA have taken a firm decision that they will try to protect drivers heads more, surely they should be revisiting the cockpit area/survival cell as a whole, and then implementing a solution that is fit for purpose rather than being a ‘decent compromise’.
@GeeMac