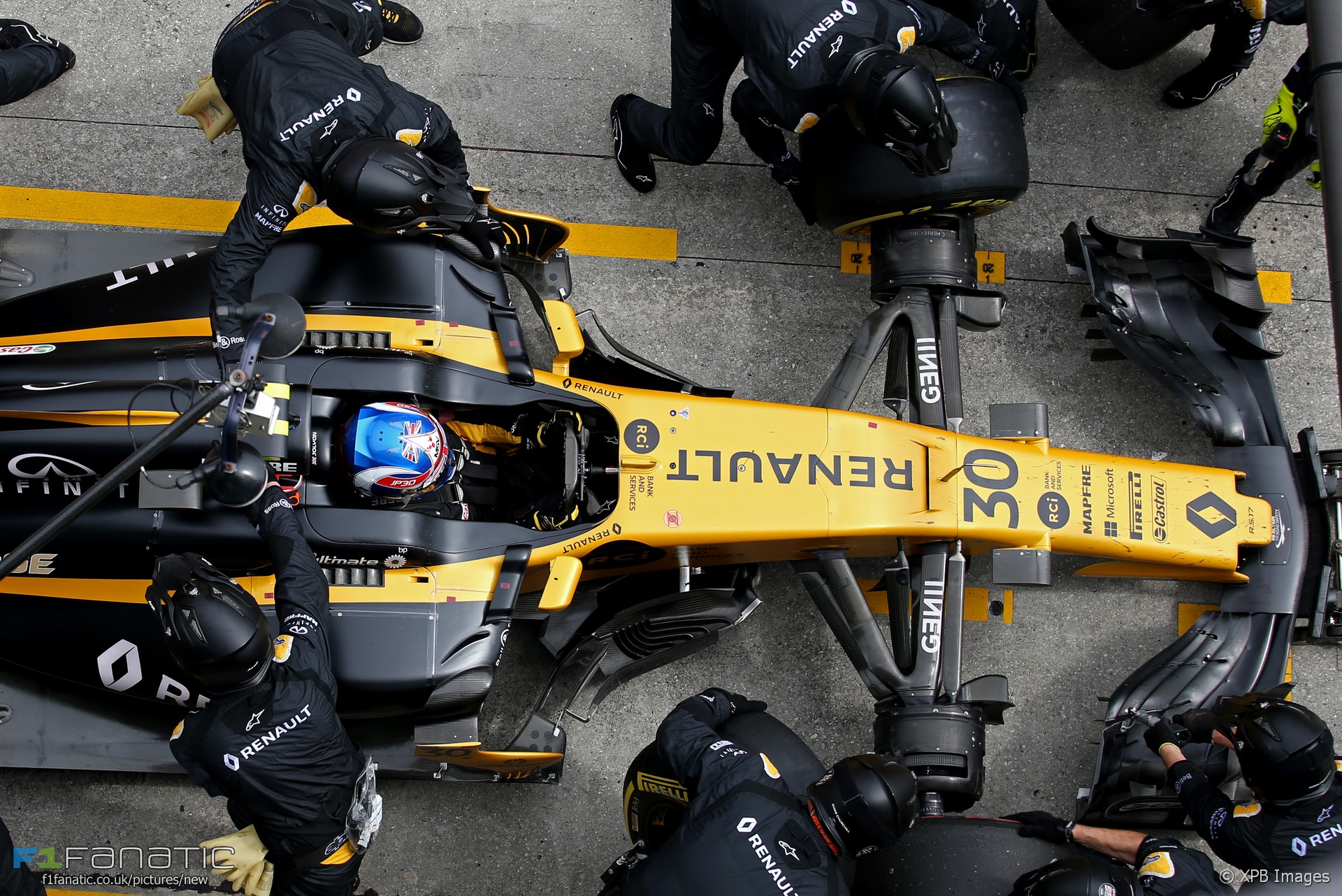 The Malaysian Grand Prix was another straightforward one-stopper for almost every driver in the field.

So much so that Esteban Ocon did almost the entire race on a single set of soft tyres. He had to pit at the end of lap two after picking up a puncture, and did 53 laps on the same set of tyres from then on. He began to experience some degradation on them after his 32nd lap on them, but nothing like enough for it to be worth a visit to the pits.

By avoiding the temptation to make a second stop Ocon was able to pick up the final point for tenth. Nico Hulkenberg, who also pitted early, was warned by his team that two-stopping was not a good strategy. Nonetheless he did make a second stop with five laps to go. Romain Grosjean was another driver who made two visits to the pits, and it didn’t work out for him either.

There was some concern over the possibility of rain around the middle of the race which may explain why some teams were reluctant to pit earlier than they did. Once Lewis Hamilton became the first of the front runners to pit and his lap times dropped by well over two seconds, the rest of the front runners soon followed.