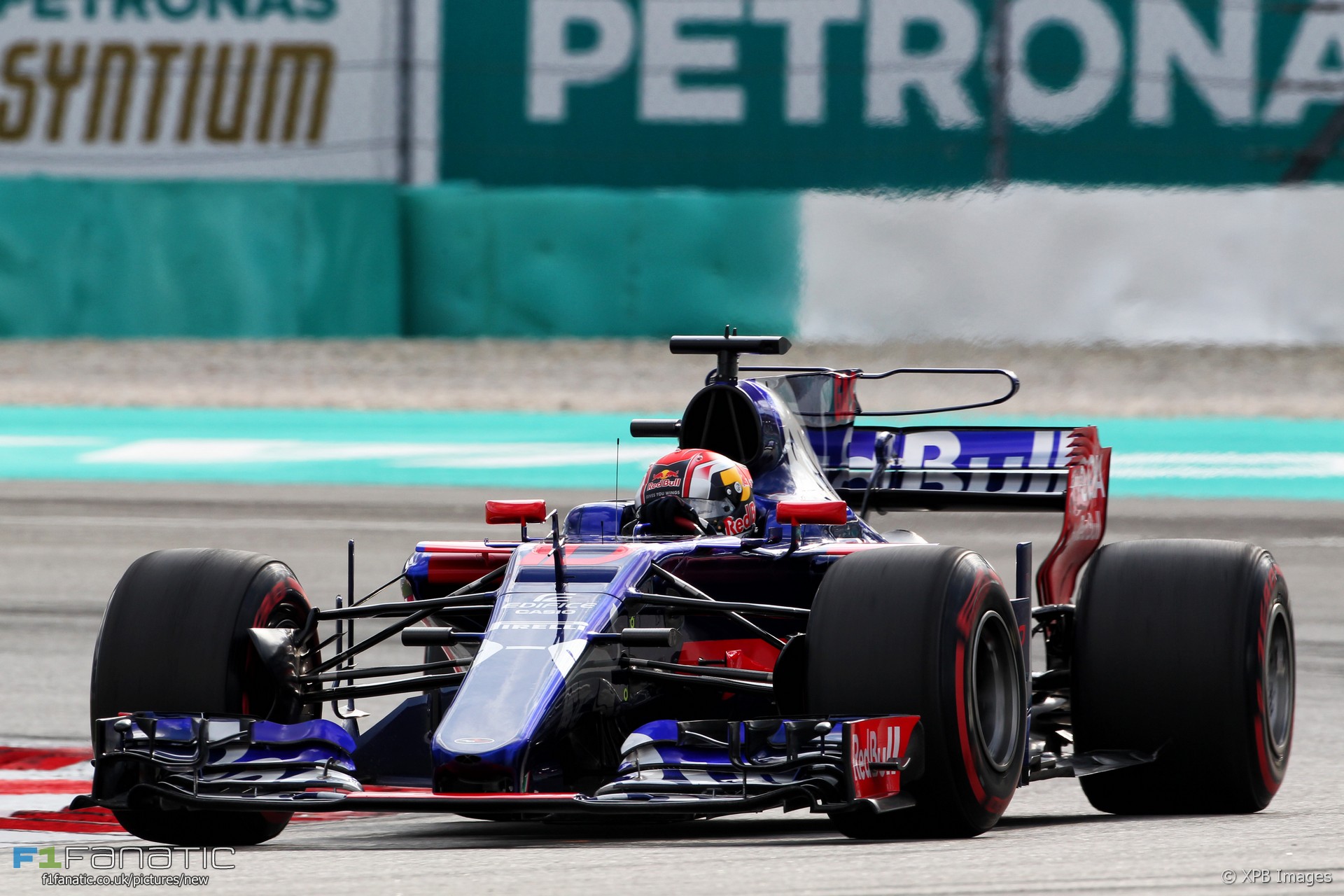 Formula One newcomer Pierre Gasly revealed he completed his first race for Toro Rosso without being able to drink.

The Malaysian Grand Prix is considered one of the most physically demanding on the calendar. Today’s race lasted one-and-a-half hours and and temperatures reached 37C.

“Maybe the team wanted to make the race a bit tougher for me without the drink,” Gasly joked afterwards.

“[The drink] worked but just I didn’t have the tube in the mouth,” he explained. “I could feel the water but nothing in my mouth. It was a bit annoying.”

“But in the end I think it was positive. I tried not to make some mistakes, take some experience for the next couple of races. And definitely it was a good first one.”

Valtteri Bottas had a similar problem at the last race in Singapore, another of the hottest races of the season, where he was also unable to take on any liquid.

“It was amazing,” said Gasly, “my first Formula One race, it’s a very special moment.”

23 comments on “Newcomer Gasly completed Malaysian GP without a drink”