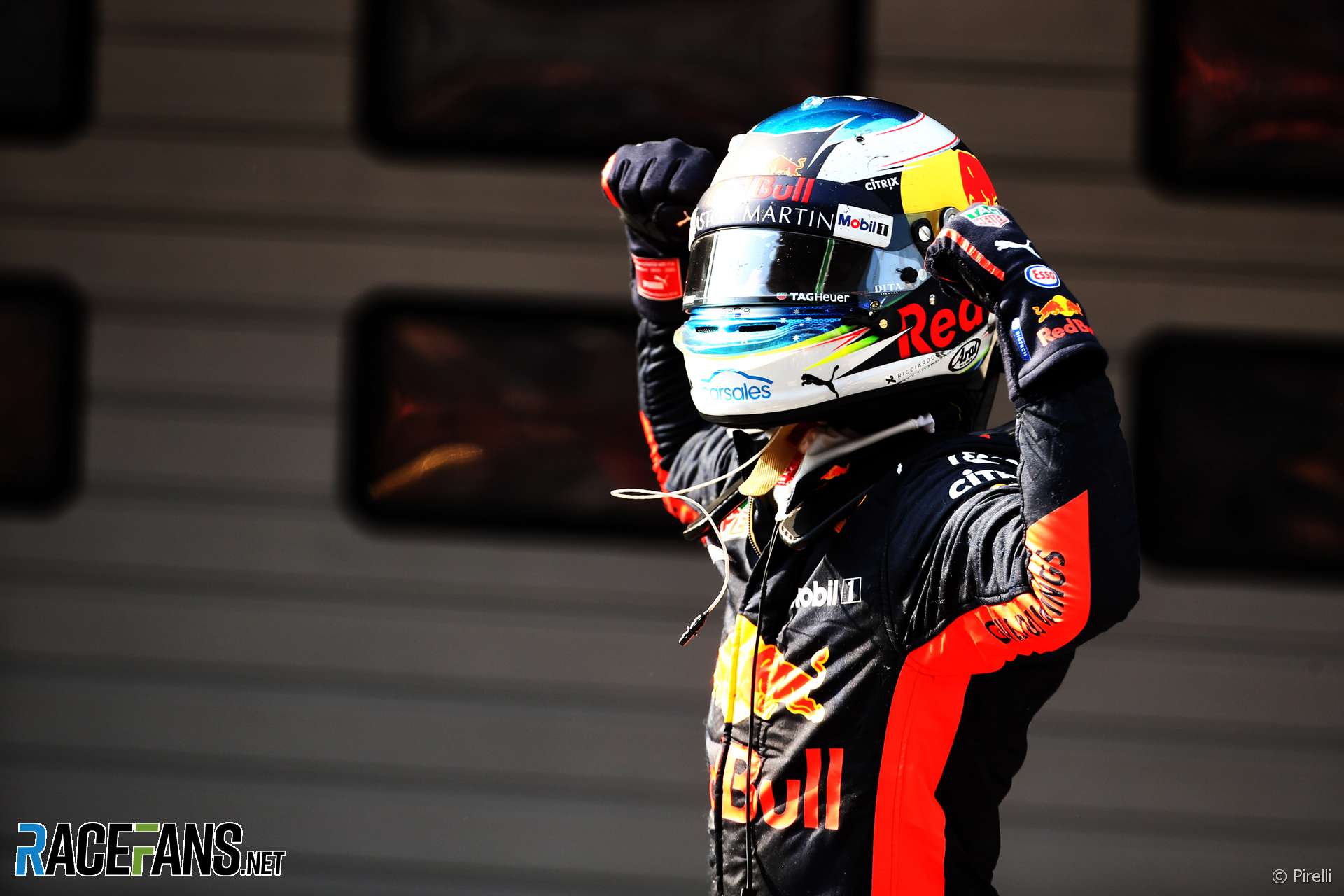 Daniel Ricciardo thanked his Red Bull mechanics for their down-to-the-wire repair job on his car during qualifying after he took victory in the Chinese Grand Prix.

The team had only 30 seconds to spare when they finished installing a new power unit in his car in time for him to take part in qualifying yesterday.

“24 hours ago I thought we would be starting at the back of the grid,” said Ricciardo. “Firstly thanks to the boys – I thanked them after qualifying but today is a real reward for that work so thank you to everyone at Aston Martin Red Bull Racing, the team worked their butts off.”

Ricciardo got his breakthrough in the race when the team used a Safety Car period to put both drivers on an attacking strategy.

With fresher tyres, Ricciardo was able to attack the cars ahead. Team mate Max Verstappen went off while trying to pass Lewis Hamilton, handing Ricciardo his first position.

Ricciardo then successfully passed the Mercedes. “Sometimes you’ve just got to lick the stamp and send it,” he said. “I enjoyed it very much.”

“Obviously we had the soft tyres, I knew we could get a little bit more out of the braking than them. A lot of the time you get one chance to try. I made the most of every opportunity.”

After taking Sebastian Vettel, Ricciardo’s pass on Valtteri Bottas won him the race.

“I knew there would always be enough room and the tyres had pretty good grip so worst case, I went wide and I had another crack somehow.”