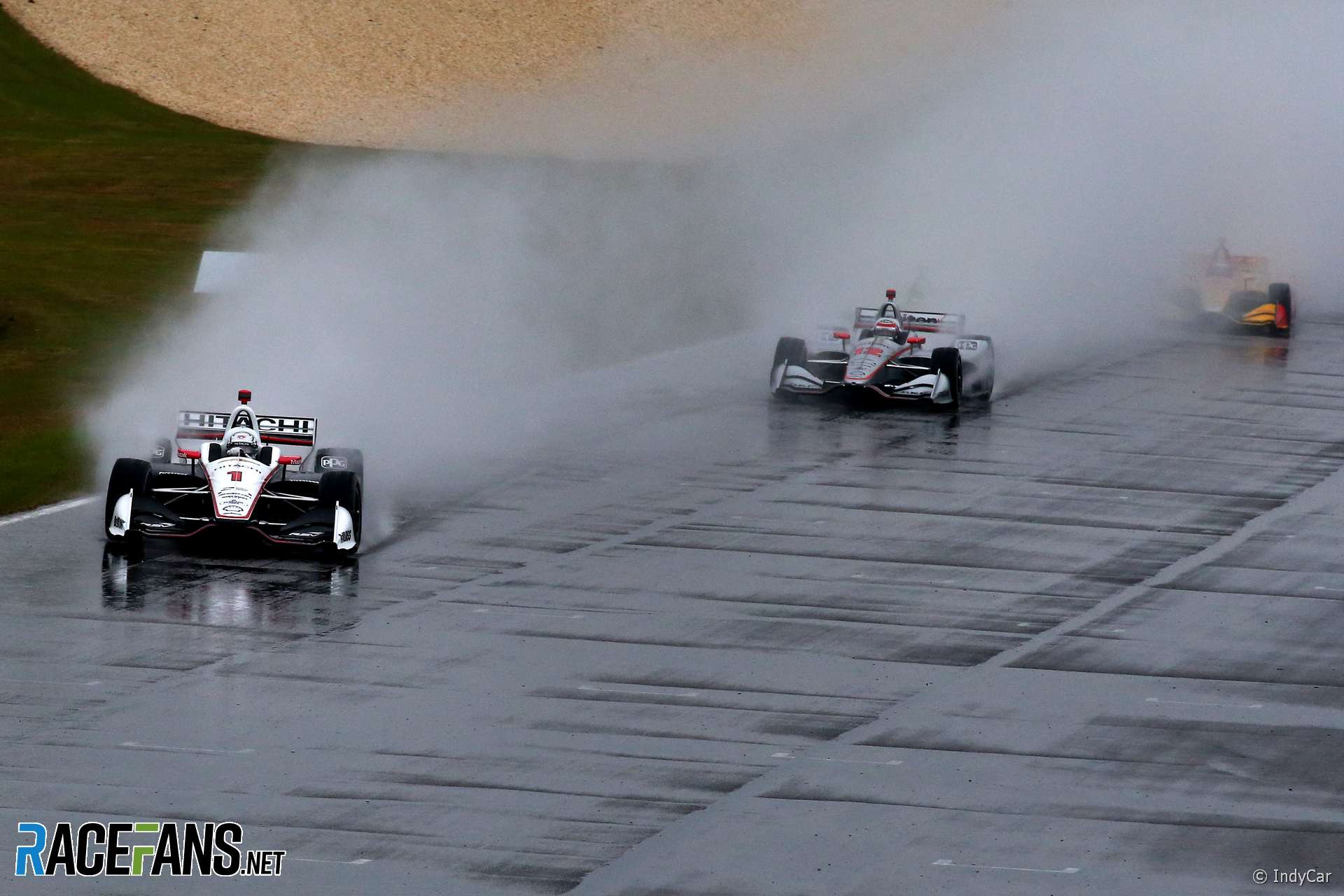 Round four of the 2018 IndyCar championship has been postponed following heavy rain at Barber Motorsport Park.

Just 23 of the scheduled 90 laps of the Alabama track had been completed when race officials abandoned efforts to run the race on Sunday. The race will resume at 11:30am local time on Monday.

Pole sitter Josef Newgarden led the opening period of the race which began after an extra lap under caution and a single-file start. After a dozen laps of green flag running, Charlie Kimball hit the wall, blaming contact from Ed Jones. Kimball’s subsequent stoppage caused a lengthy caution period.

By the time the race resumed several large puddles had appeared on the pit straight. One of them almost caught out Newgarden, and another one finished team mate Will Power’s race. His car snapped sideways approaching turn one and he almost took Ryan Hunter-Reay with him as he spun into the pit wall.

The race was red-flagged shortly afterwards. A brief attempt to restart the race was made half an hour later, but with track conditions clearly no better the cars returned to the pits after a handful of laps under yellow.

12 comments on “Alabama Grand Prix postponed due to rain”