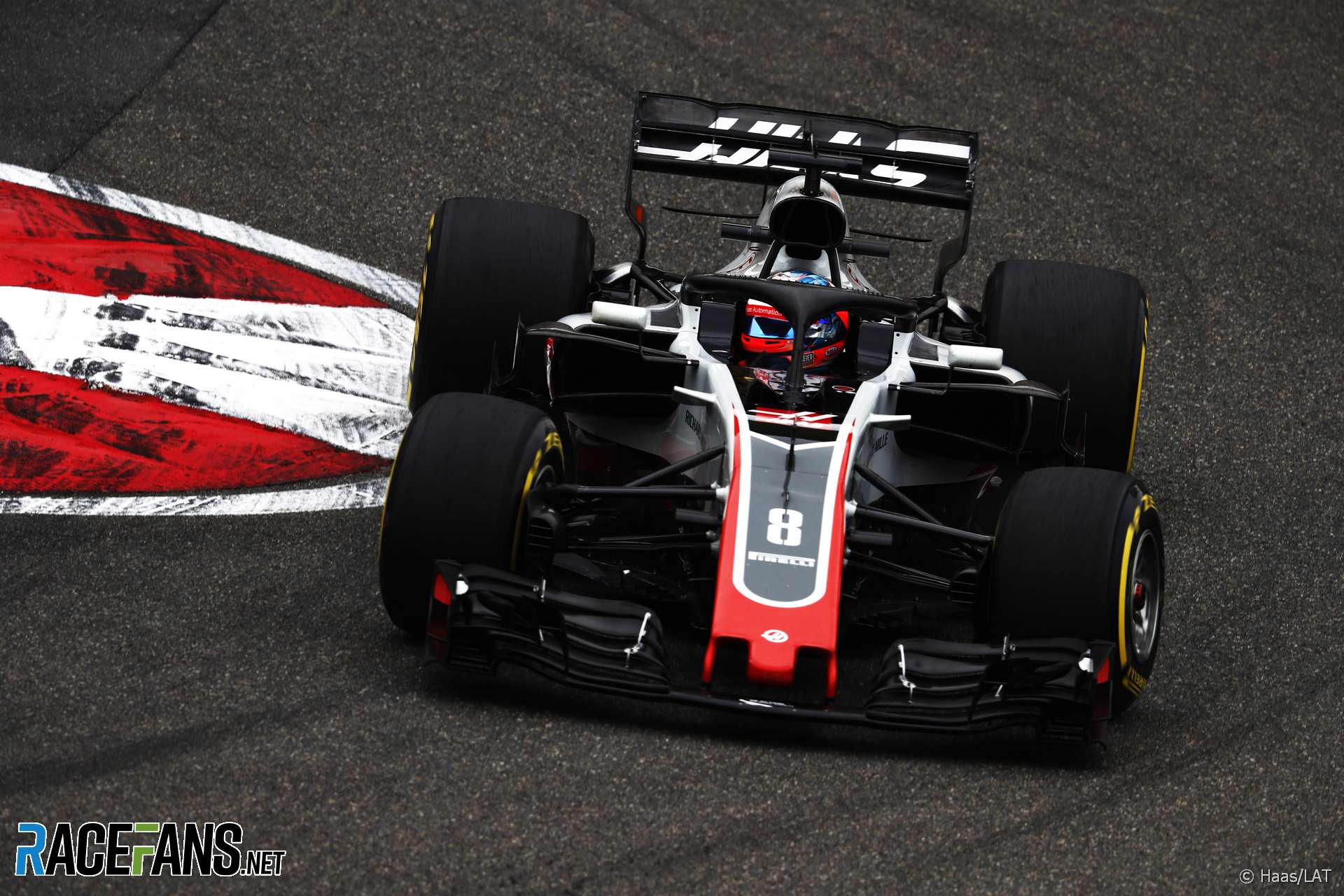 Romain Grosjean hasn’t been able to set his car up the way he wants as easily as team mate Kevin Magnussen has, according to Haas team principal Guenther Steiner.

Grosjean is point-less after the first three races while Magnussen has scored in the last two rounds. However Steiner said he has no concerns Grosjean will be able to get on top of his problems with the car.

“I think Romain is more [that] the car needs to be perfect to his liking while Kevin can drive around a lot of things.

“Both things have pluses and minuses to be honest. If you have the perfect car [Grosjean] is fantastic but Kevin sometimes maybe says ‘it’s OK’. I think he learned and he pushes hard [for] what he wants as well now. If Kevin has a small problem he adapts better to drive around it.

Grosjean out-qualified his team mate in China but Magnussen said he was better off missing Q3 as it meant he could start on new tyres. In the race Magnussen quickly caught Grosjean who was told to let his team mate past.

Steiner said there were “circumstances” behind Grosjean’s point-less start to the year.

“I think he will come back,” he said. “I’m not too worried. He was, I wouldn’t say under-performing, there were circumstances.

Haas will “tweak the car a little bit for him to make it more comfortable for him to drive performance-wise”, said Steiner. “We need to get it more to his liking and then I think we are back where we wanted.”

14 comments on “Grosjean needs his car to be perfect – Steiner”