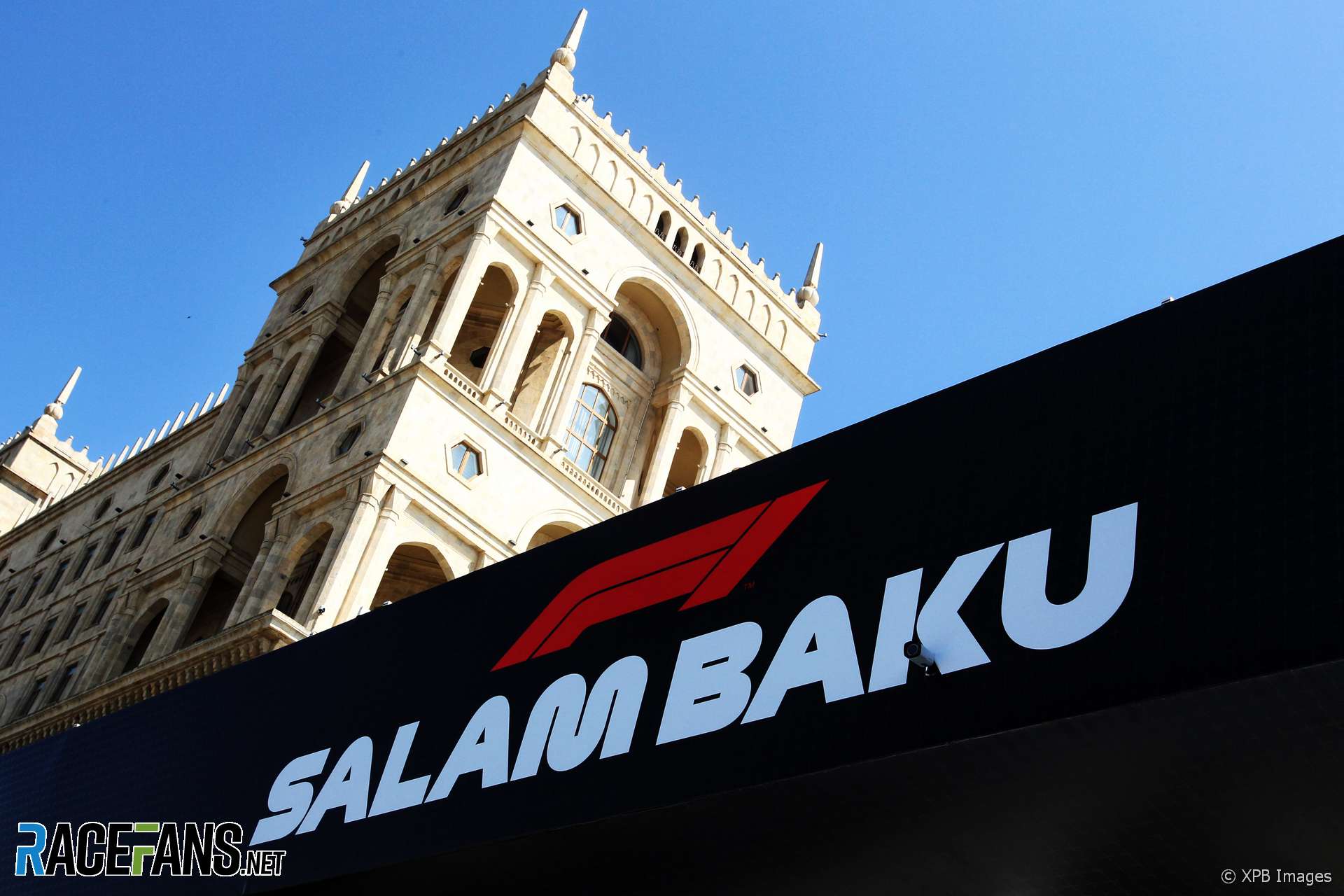 The Azerbaijan Grand Prix is the 300th F1 race in the paddock for RaceFans’ special contributor @DieterRencken. Here’s the first of his Paddock Diaries from Baku.

I awake in my AirBnb apartment to my first 2018 glance of Azerbaijan having arrived late via Istanbul the previous evening. My trepidation that I would be “dumped” due to an overfull aircraft proved needless but not unfounded: When attempting online check-in on Tuesday, the message “Overfull aircraft, no seats can be allocated” flashed up. Given Turkish Airlines’ history of dumping folk, it was cause for concern. In the event my Brussels-Istanbul flight was half-empty and Turkish had swapped aircraft from a Boeing 737 to Airbus A330 for the Baku leg – obviously without telling its computer – so all was well.

Passport formalities, via a dedicated ‘F1 Personnel’ queue, were dispatched without a hitch, while a colleague whose publication had booked him a car to the city offered me a ride downtown, so no need to wait for the shuttle. From his hotel it was a 650m walk to the apartment, where the owner speedily sorted keys and formalities and off to bed I went.

Although I had not before reported on the Azerbaijan Grand Prix – as its previous June date either clashed with Le Mans or the annual FIA Sport Conference – I visited the country in January 2017 on a media visit, so had a good idea what to expect.

However, as I mentioned in a tweet, “Serendipity is waking up to discover a race track runs past your apartment” – as I walked to the block the previous evening I realised the subway took me under a portion of the track, but due to the high barriers I could not see what lay beyond. Now I have a birds-eye view to shade that from even a Gold grandstand.

I arrive at the Media Centre, check in, select suitable desk and catch up with colleagues whom I had not seen since Shanghai. Wander through paddock, and smile at the Street F1ghters poster – Mexico had its play on F1 with F1esta, so now it’s Baku’s turn.

Word has spread that it’s my 300th grand prix weekend, so heaps of congratulations from F1 folk: thank you all, but when I consider that more than a few F1 lifers have notched up 500-plus and a handful hit over 600 – a massive achievement given that in early years there were fewer than 10 grands prix annually – it is a personal milestone, but no more. Still, the messages of goodwill are much appreciated.

A quick lunch before the media scrums start. One thing that can be said for the “showcase” races – Middle East, Baku, Sochi, etc…, – is that these are the most hospitable. Invariably they serve up local delicacies, and Baku is no exception: Try sliced bananas dunked in a honey/cream sauce covered with cinnamon, or a cucumber pickle sandwich with strawberry cream, grilled eggplant and Emmental cheese. Or paprika cookies…

Media sessions, all mostly predictable and relating mainly to Shanghai shenanigans or Azerbaijan aspirations (delete as applicable per team/driver). Have a bit of banter with Daniel Ricciardo during the FIA Press Conference when the Australian, always a lively participant, impersonates my intro.

Head for the 25th floor of the Hilton, where the race promoters have laid on a welcome party / feast in the 360-degree Bar – so called because it revolves to provide Baku’s full panorama across the city and Caspian Sea – where we are served local dishes. The kitchen is Turkish in taste: mainly coal-grilled meats and veggies, plus creamy sauces and desserts. Very, very tasty.

Although the thrash continues until 1am, I pack up early and head for the apartment at around 11, catch up on BBC World News and hit the pillow, feeling extremely satisfied after day one of my 300th.