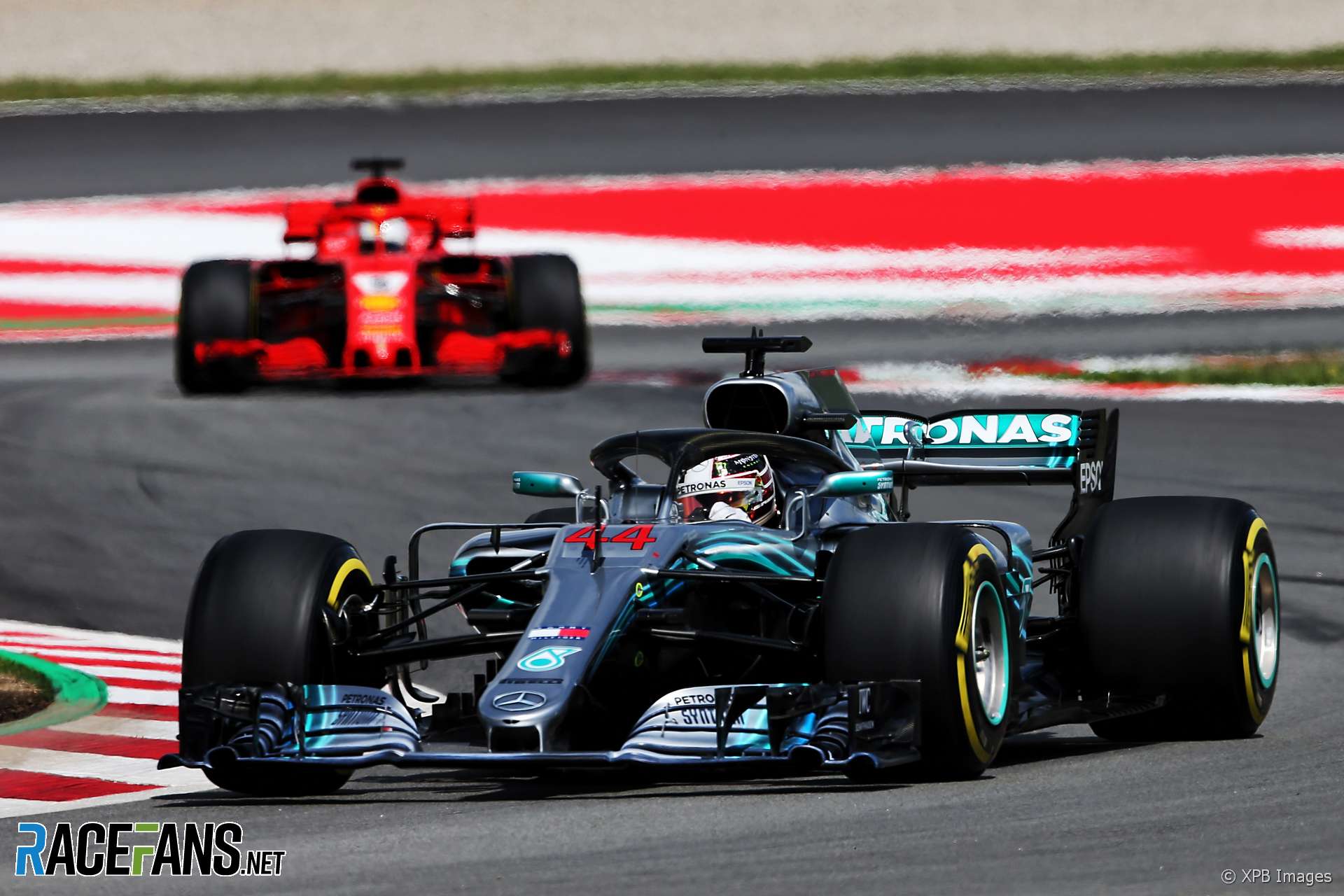 Lewis Hamilton says he was “amazed” by how competitive his Mercedes was in the Spanish Grand Prix.

The Mercedes driver has struggled with the balance of his car since the season-opening race in Australia.

“In Melbourne I was really comfortable in the car, with the balance,” said Hamilton. “Since then I just didn’t have the confidence to attack, to lean on the car, to have the rear particularly where I wanted it.

“For whatever reason I still didn’t have that [on Saturday]. It was a very nervous, snappy car throughout qualifying. It was better than it had been in the past but still not great.

“And then [in the race] we just happened to get the right wing setting, for example, for the race and the car was a little bit nicer to drive. It was a little bit more of a normal balance. I could see that in my time I was much more comfortable.

Hamilton said he “could’ve still got another four laps in that first stint” but the team brought him in early to cover off any threat from Sebastian Vettel’s Ferrari.

Early in his second stint Hamilton was told on the radio he didn’t need to conserve his tyres. He described how he kept pushing his car until he hit traffic on the final lap.

“That was my mindset the whole race. It wasn’t until turn 12 of the last lap that I backed off.”

23 comments on “Hamilton was “amazed” by Mercedes’ performance in Spain”