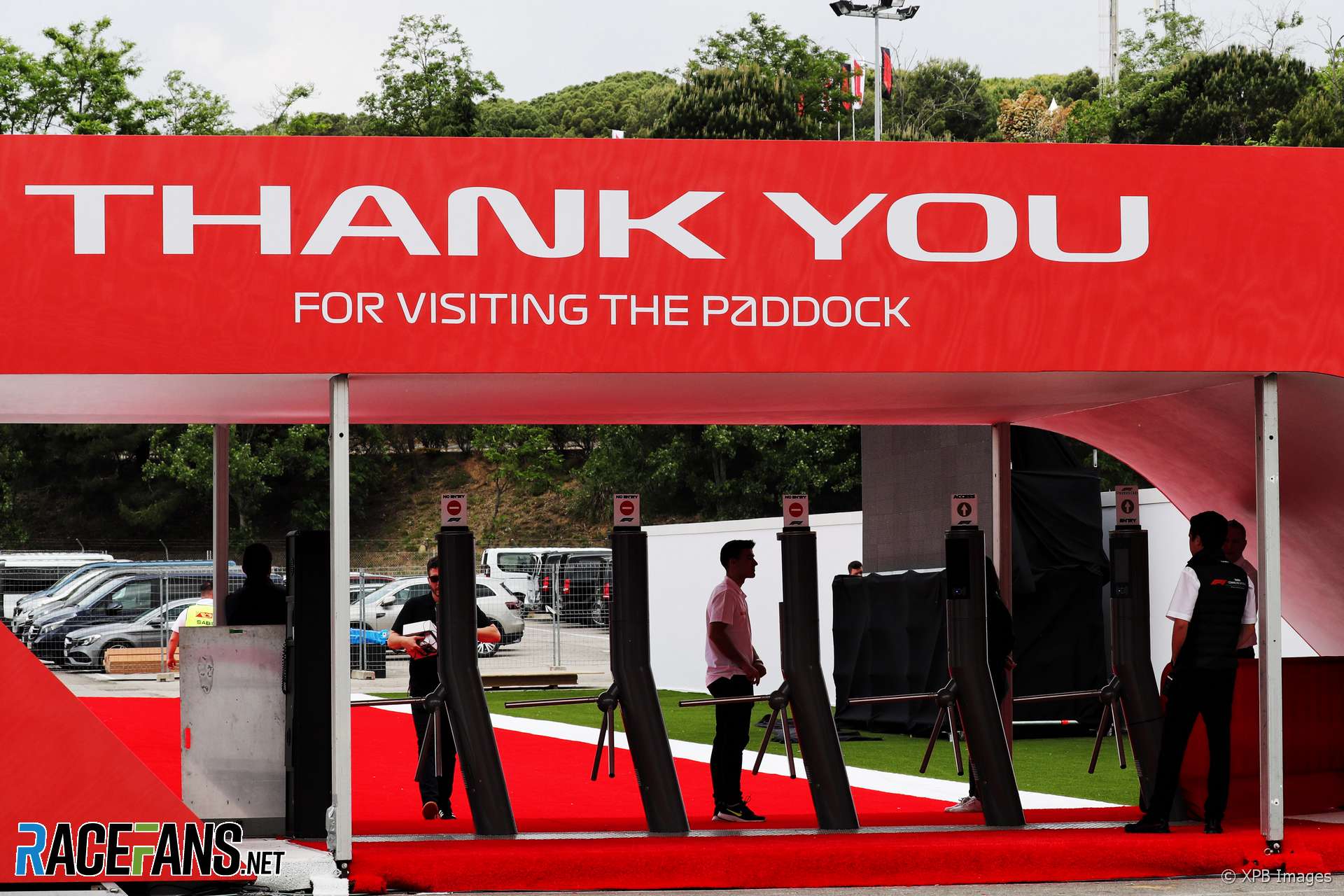 In the final instalment of his Spanish Grand Prix Paddock Diary, @DieterRencken catches up with FIA president Jean Todt and reveals how to get a scoop on the F1 grid.

Up and away early, having checked out of the hotel. As I approach the circuit, traffic is light – track action doesn’t start until 10:30. Breakfast at Ferrari: fruit, yogurt, toast marmalade and tea – a light meal as a table is booked at Pirelli for 12:15, as the food in the tyre company’s ‘Black Palace’ is reliably delicious.

Thereafter its catch-up in the media centre on breaking news and rumours – such as the controversy surrounding Ferrari’s halo mirror mountings and whether or not rain will fall during the race. There’s a 70 per cent chance, says the Meteo report, between 3-5pm. As it turns out, the 30% chance of it staying dry proves the better bet.

I discover that FIA president Jean Todt is to hold a media briefing, so traipse off there. Bad planning means it coincides with the start of the GP3 race, so every two minutes we are interrupted by a field of cars passing by 30 metres away, which makes for frustrating conversations.

Still, the Frenchman outlines the processes that were followed in voting through the 2019 aero regulations – he refers to a “miracle” – and robustly counters criticism by drivers of the rule changes. Correctly he points out that all teams were consulted, and that the drivers are free to provide input via their technical staff, or raise issues during the briefings called by Charlie Whiting on grand prix Fridays.

Head for Pirelli. Starter is off the buffet: sweet corn, mozzarella with tomato and some tuna, while the main course is seared tuna steak with lemon juice. Words simply cannot do justice: succulent, tender, and firm but flaky. Lovely stuff. Dessert is strawberries with berry gelato.

On the way back to the media centre I stop to have a brief chat with folk at Williams. Clearly they are disheartened by the FW41’s poor performance, but the team has strength in depth and facilities, and I’m sure I’m not the only one who hopes that the issues are resolved sooner rather than later. Williams has been down before – a few times at that – and always bounced back, so don’t write off Sir Frank’s outfit just yet.

Strange to be in the media centre at 2pm – part of me screams that the start has been delayed, which, of course, it has due to Liberty’s decision to start races later in the hope of maximising after-lunch eyeballs.

Whether it works only time will tell, but we’re sceptical: although the start is now at a more convenient time for some western markets, logic dictates that viewers in Asian time zones are disadvantaged. Will there be a net increase?

Off to the grid for race build-up. Without doubt it’s my favourite time of race weekend. The atmosphere is electric, all actions are methodical and practiced, yet undertaken with misleading effortlessness. The body language of drivers and team bosses are usually give-aways to form.

Engineers eye rival cars with enquiring minds, seeking answers to questions many have not yet even asked, while umbrellas draped across particular area are certainly not placed for refuge from heat or rain. When mechanics line up in straight stripes in front of a certain parts you know they’re hiding the latest gizmo.

The grid also provides an ideal opportunity of grabbing a team boss unaware: in motorhomes they’re often hidden out of sight; here they’re exposed and their media officers generally attending to drivers. Many a scoop has been unearthed on the grid…

Media scrums. Post-race in Europe, most team bosses and drivers wish to head off home via flights or cars ASAP, so sessions are crammed into two hours or so. Obviously controversies feed interest, so some session are packed solid; others have just one journalist or two in attendance.

Still, the stories of all teams and drivers deserve to be told, so we cover the lot as best we can.

Head for airport for 9:30pm flight back to Brussels. Fill rental car en route, hand it back pleased that escaped vandalism, and stand in Brussels Airlines check-in queue for 30 minutes before being told that the flight is delayed by two hours. That soon turns to three, meaning little chance of being home before 3am – so I’ve got plenty of time to write this up.

Thanks for reading, and ciao until Monaco!