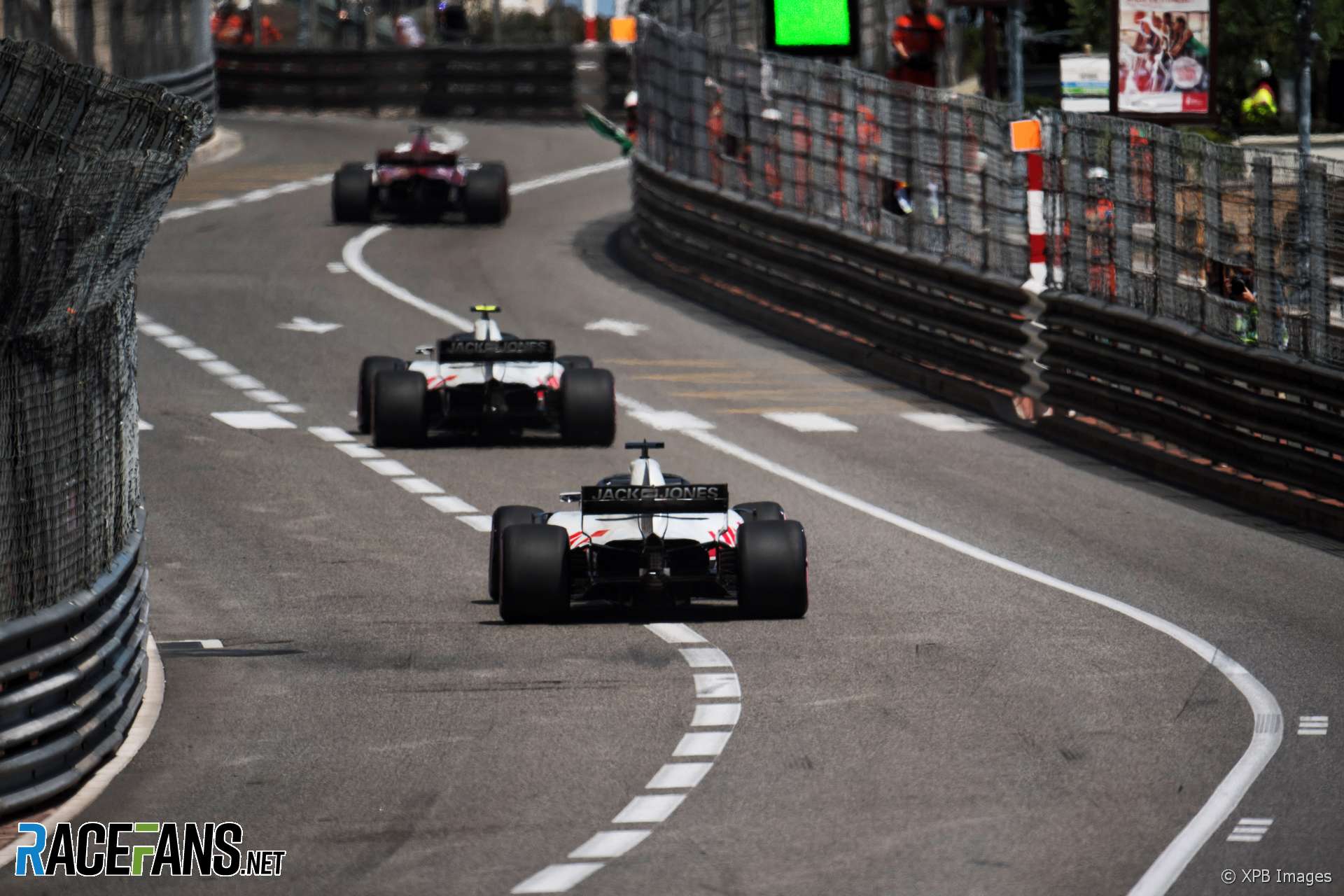 Carlos Sainz Jnr described qualifying for the Monaco Grand Prix as being like a “circus” and suggested the current cars have grown too wide for the track.

Sainz said this was part of the reason why setting a clean lap in Q1 was so difficult. The first part of qualifying saw 19 of the 20 cars on track together, as Max Verstappen’s Red Bull did not take part.

“It was a circus,” he said. “Maybe [they’re] too wide these cars, too many cars on this Tarmac for 20 at the same time trying to put a lap together.”

Sainz said it was difficult for him to get a clear lap in because he was not in sync with when the other cars around him.

“It was very difficult but in the end we made it with only one set of tyres in Q1 which was a difficult task, but we made it.”

Sainz added he was surprised to be out-qualified by Fernando Alonso given McLaren’s pace on Thursday.

“After FP1 where I was a good half a second clear of them, they have improved a lot and it is maybe something for us to look into,” he said.

“I think it is a combination of good adaptation to qualifying conditions [and] also for sure they tried something different. If not I don’t understand how you can find so much lap time around such a short circuit. For us it was a matter of reacting towards that and pushing flat out to make it.”