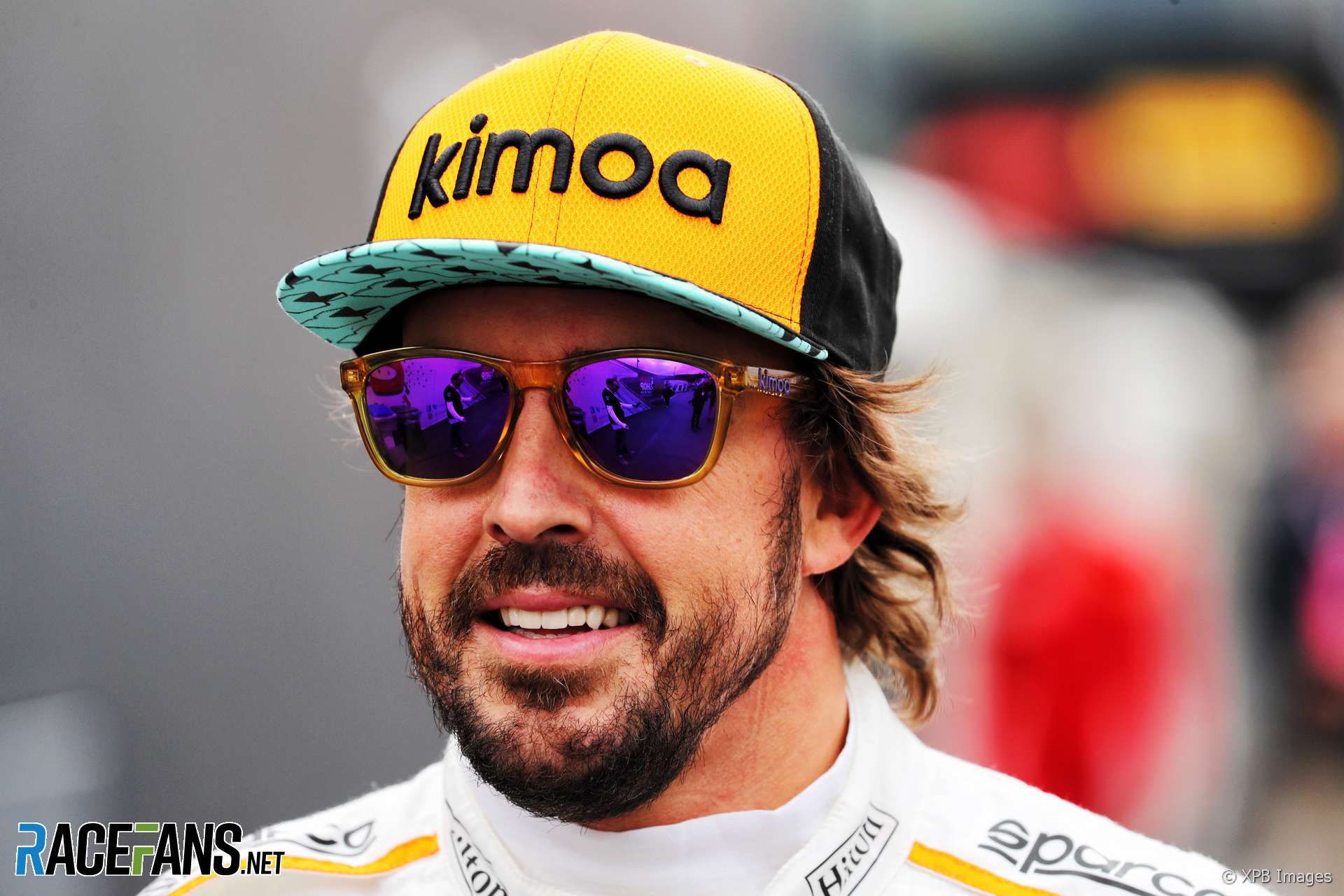 Fernando Alonso has again challenged Christian Horner’s claims over his contact with Red Bull, describing how he turned the team down on five occasions.

The pair have traded remarks throughout the Belgian Grand Prix weekend since Alonso said he turned down an offer to replace Daniel Ricciardo at the team for the 2019 F1 season, a claim Horner disputes.

Yesterday Horner said Alonso had only been offered a drive at Red Bull in 2007. But Alonso said this contradicts previous remarks Horner has made.

“I know that he commented yesterday that he only offered me a contract in 2007,” he told media including RaceFans. “While last year he was doing an interview for the Red Bull TV saying that he offered me a couple of occasions the seat to driver and if I had accepted in 2009 or 2011 or 2013 when he did I’d probably be a four-times world champion.

“But on Friday apparently he offered me only in 2007. So he’s answering the truth already. You don’t need to add anything on that.”

Alonso said he has turned down “four or five offers” from Red Bull over the years, starting in 2007, when he chose to return to Renault after leaving McLaren.

“In 2007 I had a tough decision to make after McLaren. I had Red Bull, I had Toyota and I had Renault coming back. I chose Renault because they were family to me at that time. Red Bull in 2007 they were not very competitive and Toyota also were struggling.”

Towards the end of his second stint at Renault, Alonso considered a change of teams again. “In 2009 it was a little bit of a stressful time. I had four days to decide.

“I was talking quite seriously with Ferrari. At that time I thought Ferrari was the safest thing, the best choice for the future. I’m still proud to make that decision. Maybe if you had a crystal ball you change this opinion but if not you will not say no to Ferrari in 2009.”

Alonso said Red Bull approached him on two occasions while he was at Ferrari. “In 2011 and ’13 I think it was more about [Mark] Webber being always in doubt at this part of the year. Always around Spa we had normally the meetings.

“In all the offers that I had after that still Ferrari in my heart and I believed that the following year was the good one.”

While Horner has denied making an offer for 2019, Alonso said he turned the team down because he doesn’t believe they will be in contention for victories next year,

“I had other offers as well. [But] I don’t think my targets or my challenges for next year were any more in Formula 1 at this point. The offers that I had, including that one, they were not for winning.

“Probably all the offers I had on performance are more than one second away from pole positions, as we saw today. To be fifth or sixth or seventh or whatever I think they will not be the same challenges or the same enthusiasm that I can find anyway from Formula 1 in 2019.

“So I made my decision a couple of months ago and I’m extremely happy with that.”