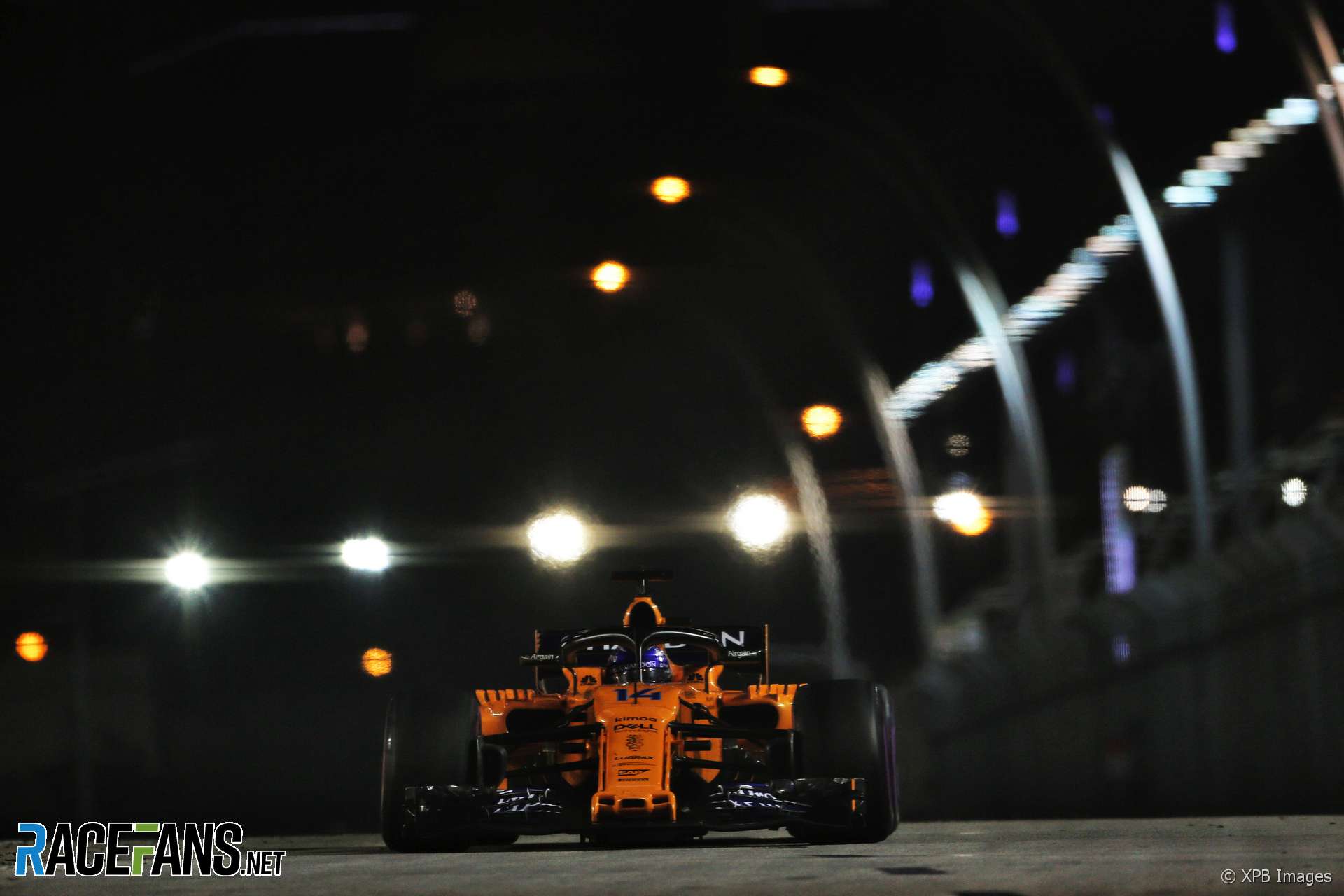 Fernando Alonso has described his seventh place finish in the Singapore Grand Prix as a “small win” for McLaren after hailing the team’s strategy.

Alonso took advantage of having freedom of tyre compound choice after starting from 11th on the grid to finish in seventh, behind the two Mercedes, Ferraris and Red Bulls.

“Really happy with seventh. Normally something happens in front of us, but today all top six cars finished the race so seventh is a small win for us,” says Alonso. “We executed the race to perfection today. Good strategy, good tyre selection and good points.”

Alonso says having the freedom of which tyre compounds to choose for the race was critical to achieving McLaren’s best finish since the Azerbaijan Grand Prix.

“We maximised the tyre advantage, starting on the Ultra Softs and then on the Softs,” he says.

“I think the car was behaving very good and we are seventh, behind the top six, so a small win for us and a lot of points for the team and happy for that. Eventually we were the fastest car on track at some point, so that makes me happy at this difficult circuit.”

After some difficult weekends for McLaren, Alonso believes that the team’s performance will continue to vary over the rest of the season.

“I think the car is exactly the same as previous,” he says. “I think it’s just the track characteristics that are better for our package.

“I think it’s going to be up-and-down for the remaining races. Some of the races we may be competitive, some others maybe not so much. The target will be to keep scoring points on Sundays and help the team in the constructors’ championship.”

34 comments on “Alonso: Seventh a “small win” for McLaren”