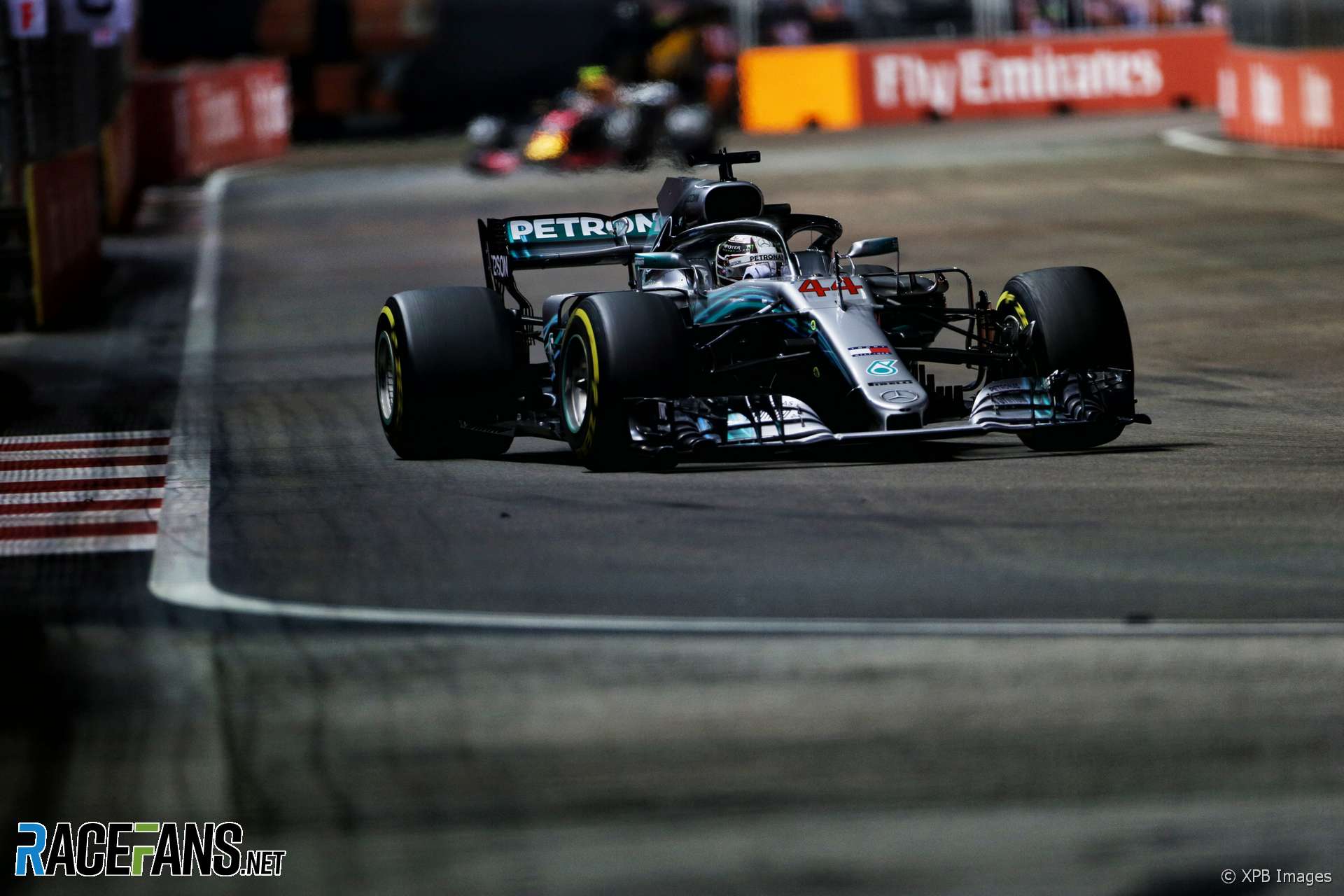 Max Verstappen says the way Lewis Hamilton was held up by lapped traffic in the Singapore Grand Prix was “not fair”.

The Red Bull driver came close to passing Hamilton when the race leader was held up behind Romain Grosjean and Sergey Sirotkin. However Verstappen said there wasn’t enough room to complete a pass.

“First of all I thought it was not fair anyway, the way he was being held up,” said Verstappen. “[And] even when I the opportunity at the next bend, you can’t overtake into turn 10. I didn’t want to take the risk.”

“Then at the pit stop, I had no idea what was going on. It was not that great. Throughout the race I couldn’t short shift, so I had to go all the time in really high revs. It’s not ideal, but we managed to finish second, so it’s good.”

Verstappen lost second in the early phase of the race when he was passed by Sebastian Vettel on the first lap. But he reclaimed the position after the single round of pit stops.

“It was a shame to lose the spot to Sebastian, but I mean we’re both going flat out so you can’t really do much there,” he says. “Just losing a lot of power – top speed – which you could see. Then the team gave me a great strategy, so very happy when I got out into second.”

22 comments on “Backmarkers holding up Hamilton were “not fair” – Verstappen”