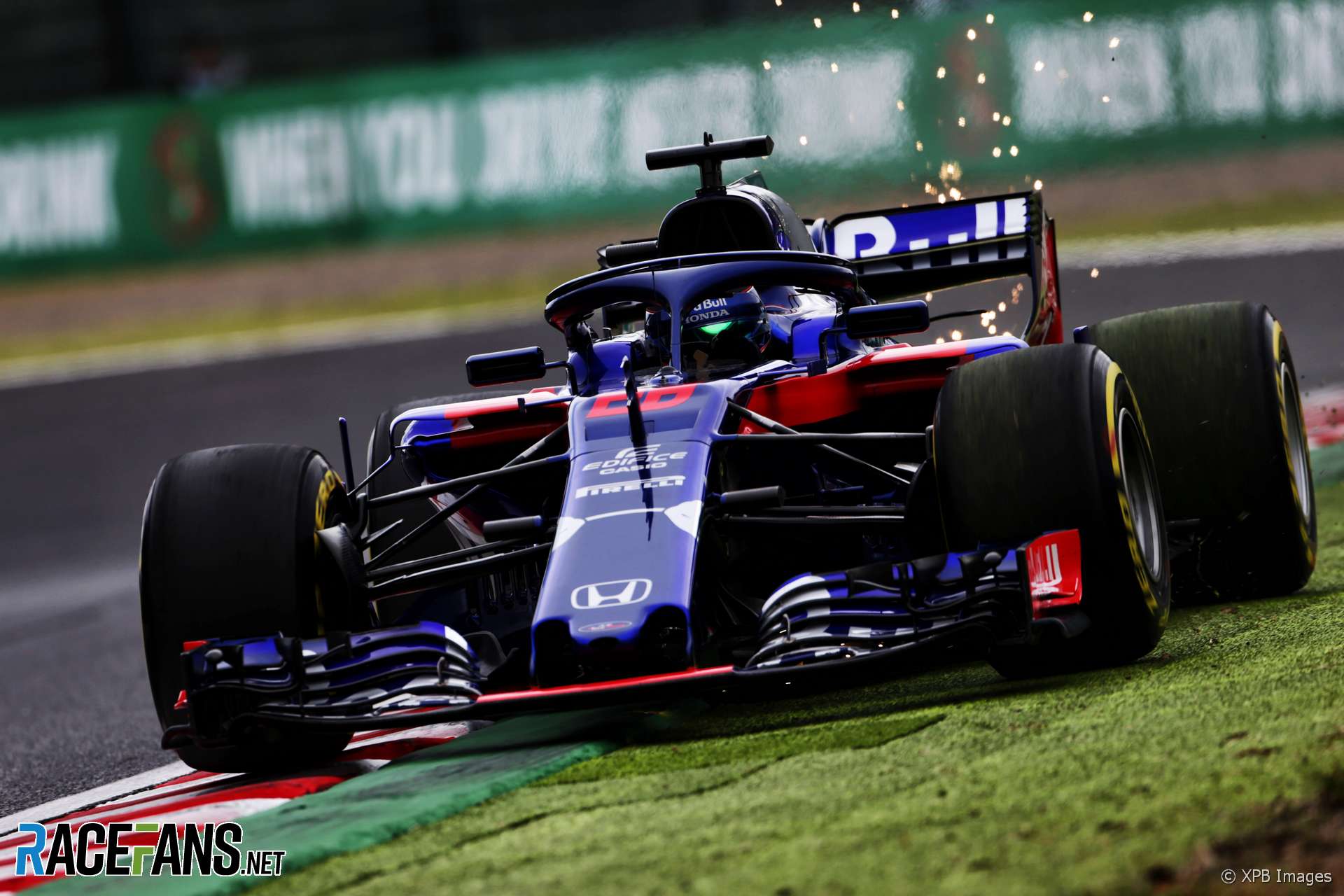 Brendon Hartley said he felt emotional after taking a best-yet qualifying position of sixth for the Japanese Grand Prix following a difficult spell.

The Toro Rosso driver’s place in the team is in doubt but he feels he hasn’t been able to demonstrate the improvements he’s made partly due to some of the strategy calls the team has made.

“There’s been a build-up of frustration over the last month,” said Hartley in response to a question from RaceFans. “Because I knew I’ve got better and better and I have been strong and there’s things that have happened behind the scenes that I couldn’t always talk about, reasons that things haven’t gone my way. Today it came together and I’m very happy.”

His qualifying lap “felt awesome”, said Hartley. “I was quite emotional on the in-lap which is something that doesn’t normally happen to me.

“But I think all the build-up of crap over the last six months and knowing that I’ve got better and better but haven’t always had the chance to show it or things haven’t gone my way.

“The strategy in races haven’t been in my favour if I’ve been the tailing car, or missing out to Pierre [Gasly] in qualifying by half a tenth or one tenth.

“Today felt good. It was high pressure, the track was tricky, my first time at Suzuka on what I would say is a real drivers’ track. Rally proud of the qualifying session and also for Honda.”

“Definitely we have a big thank you to say to Honda. There’s no question mark that that brought performance today and it will do in the race tomorrow.

“The exact number I don’t know. A lot of media outlets have been quoting half a second, I don’t know if that’s true or not.

“In any case I don’t think we would be fighting for Q3 without the update. We’ve just been hanging off Q3 for a while now.”

A double points finish for Toro Rosso should be possible tomorrow, he believes.

“The start’s going to be important,” said Hartley. “I’ve had a few shocking ones this year, not always in my control. Better nail that, it’s a tricky track to pass on.

“If we get the strategy right I see no reason why we can’t finish both cars in the top 10. And hopefully they’re nice to me and give me a slightly favourable strategy on the other car unlike some of the other races.”