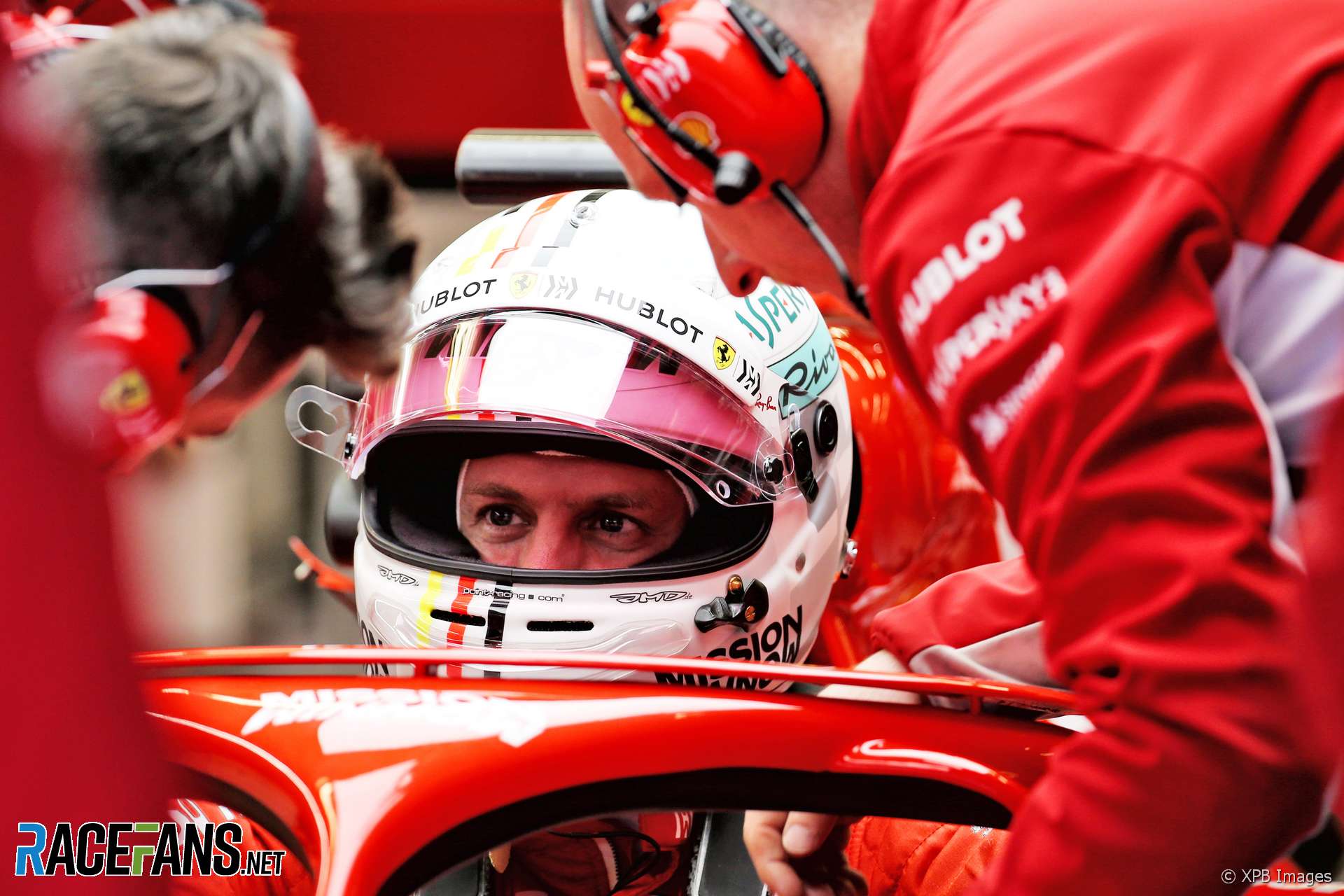 Sebastian Vettel has been summoned to the stewards for allegedly failing to slow sufficiently when the red flags were shown during practice.

The FIA confirmed Vettel is under investigation for an “alleged breach of Article 31.6 of the FIA Formula One Sporting Regulations.”

“Car five [Vettel] failing to slow sufficiently during a red flag period in practice one at 10:40.” The session was stopped to allow the marshals to clear gravel from the track which had been left there by Charles Leclerc after he went off.

Two drivers have received three-place grid penalties when they were found not to have slowed enough for red flags on previous occasions this year. Daniel Ricciardo did when he was caught speeding during second practice for the Australian Grand Prix and Esteban Ocon was during practice for the last race in Japan.

Vettel previously received a three-place grid penalty in Austria wen he was judged to have impeded Carlos Sainz Jnr during qualifying.