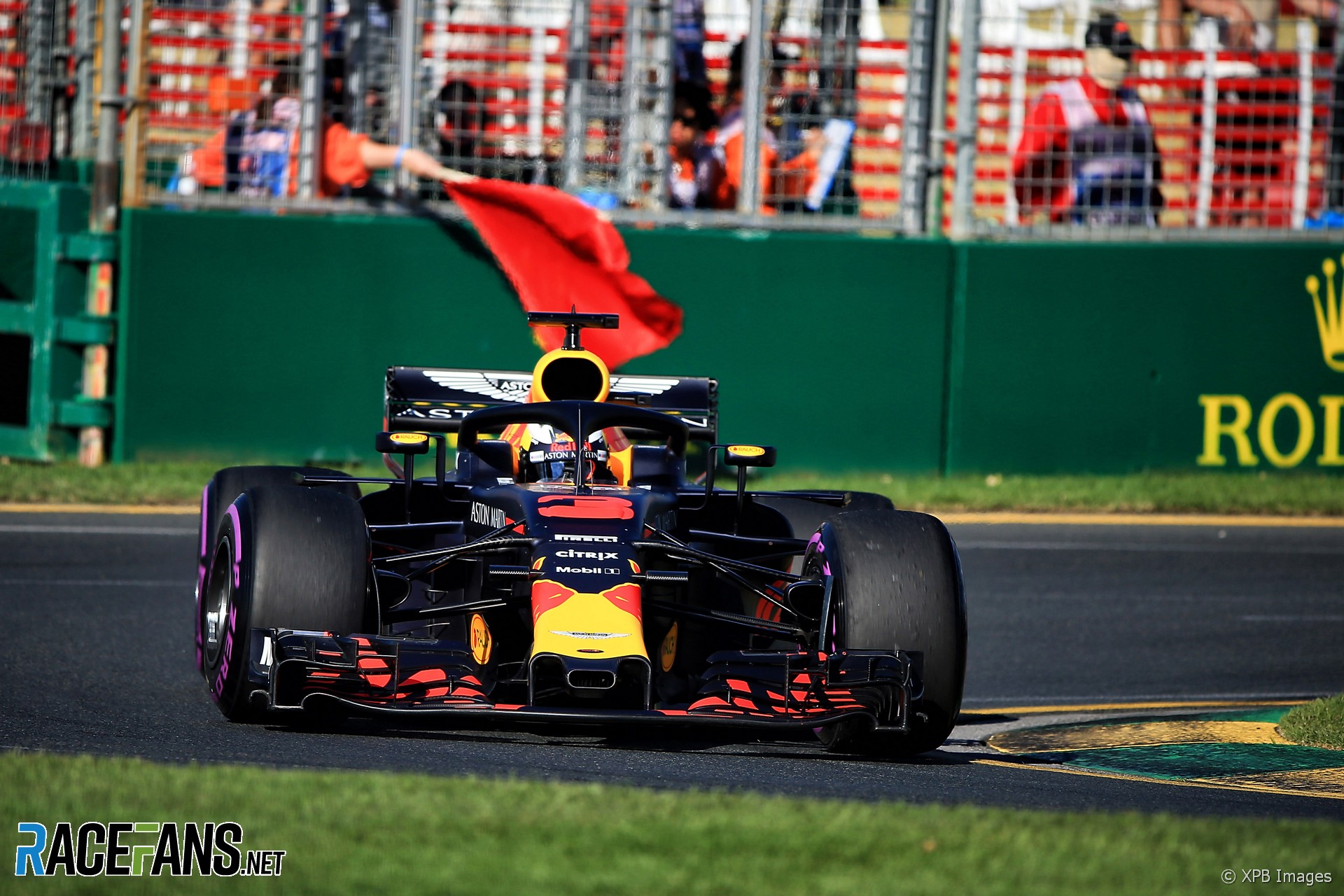 Daniel Ricciardo has been given a three-place penalty on the grid for the Australian Grand Prix following a red flag violation in practice.

The stewards ruled Ricciardo did not slow down sufficiently when the second practice session was red-flagged. He was also given two penalty points on his licence for the breach which the stewards said had the potential to be “extremely serious”.

“The stewards reviewed the data and found that Ricciardo did in fact fail to stay above the minimum time set by the FIA ECU in the penultimate and final marshalling sectors,” the said in a statement.

“The stewards also found that Ricciardo slowed by as much as 175kph from his fast times at turn 12 and was consistently and significantly slower in the final three turns, indicating that he was fully complying with the requirements of Appendix H of the International Sporting Code. However, he admitted an error in reading his dash and was slightly below the minimum time.

“As the regulation states, [Article] 31.6 was added this year to ensure that drivers reduce speed sufficiently during a red flag. Breach of this regulation is seen to be an extremely serious matter. However, in this case, the stewards thoroughly reviewed the breach and found that the driver slowed significantly, such that no danger was created, and that the driver proceeded with due care. The stewards therefore are imposing a lesser penalty than usual, and impose a three grid place penalty and two penalty points.”

The stewards also decided to take no action on an incident involving Valtteri Bottas and Kimi Raikkonen at turn three. They ruled that while Raikkonen had impeded Bottas, he had not done so deliberately. “The stewards determined that Raikkonen did make a reasonable attempt to cede the apex of the corner and both drivers agreed that it was not unnecessary impeding,” they noted.