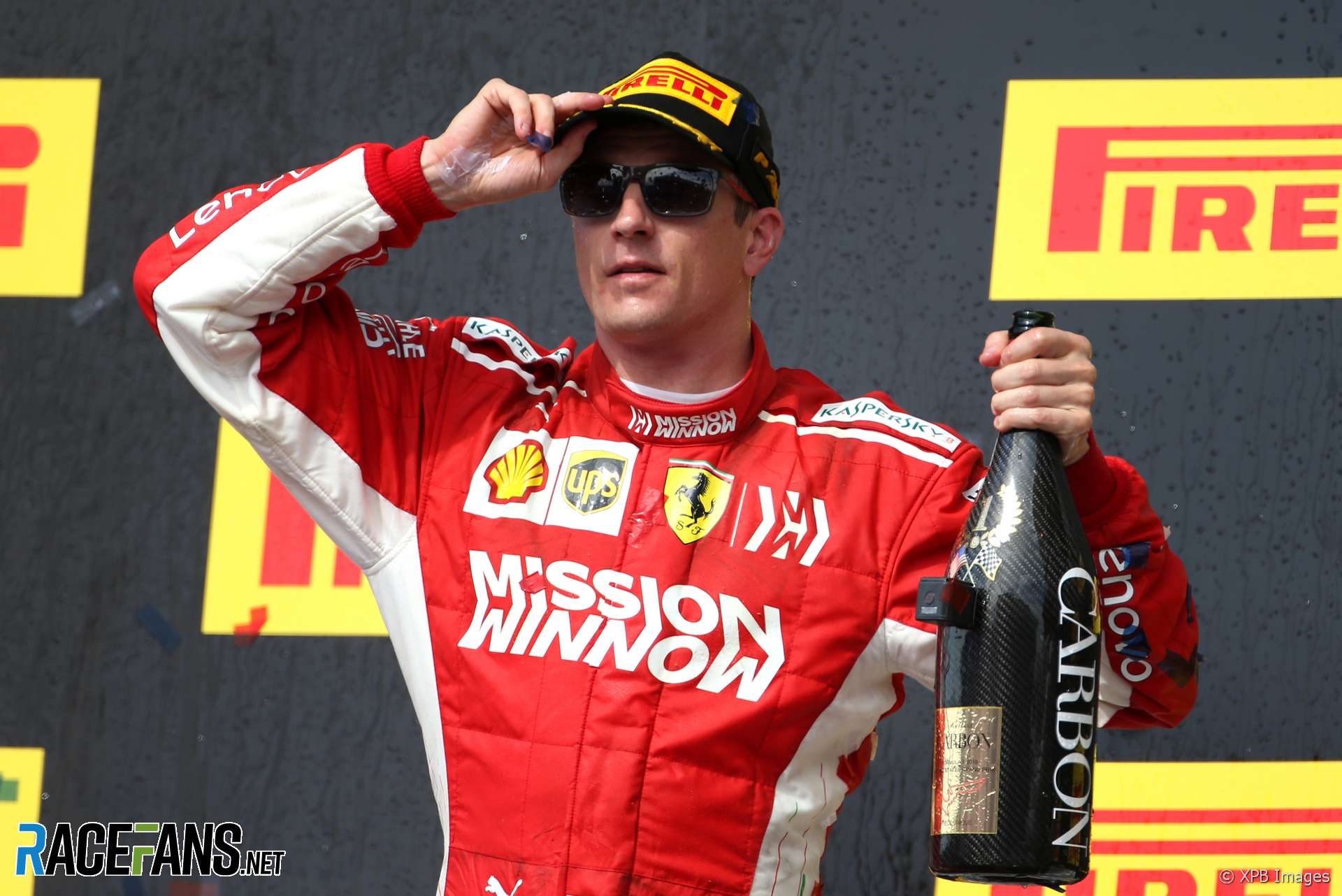 Kimi Raikkonen said ending a win-less drought which has lasted over five years with victory in the United States Grand Prix wasn’t a “big deal” for him.

The Ferrari driver had entered 114 races since his previous win with Lotus in the 2013 Australian Grand Prix.

But after resisting pressure from Max Verstappen and Lewis Hamilton to win at the Circuit of the Americas, Raikkonen insisted “it’s not a big deal for me.”

“It’s a much bigger deal for a lot of the people. If it comes, it comes. If it doesn’t, it really doesn’t change my life one bit.”

However Raikkonen, who only has three races left as a Ferrari driver, admitted he took some extra satisfaction from defying his critics by returning to the top step of the podium.

“I’m happy we are here and that we win but I think the biggest difference is the way people look at you,” he said.

“If you look at people in a different way if they win or not, it doesn’t make a lot of difference in my mind. But obviously I’m happy, just proving some people wrong is enough fun for me.”

Ferrari showed a much improved turn of pace at Austin, despite having lagged behind their rivals during the wet running on Friday.

“I was pretty confident we had the speed,” said Raikkonen. “Obviously the tyres [were] very unknown because I had not a lot of running on Friday and a little bit on Saturday morning.

“[But] I felt like we’d do OK because the morning running on Saturday.”