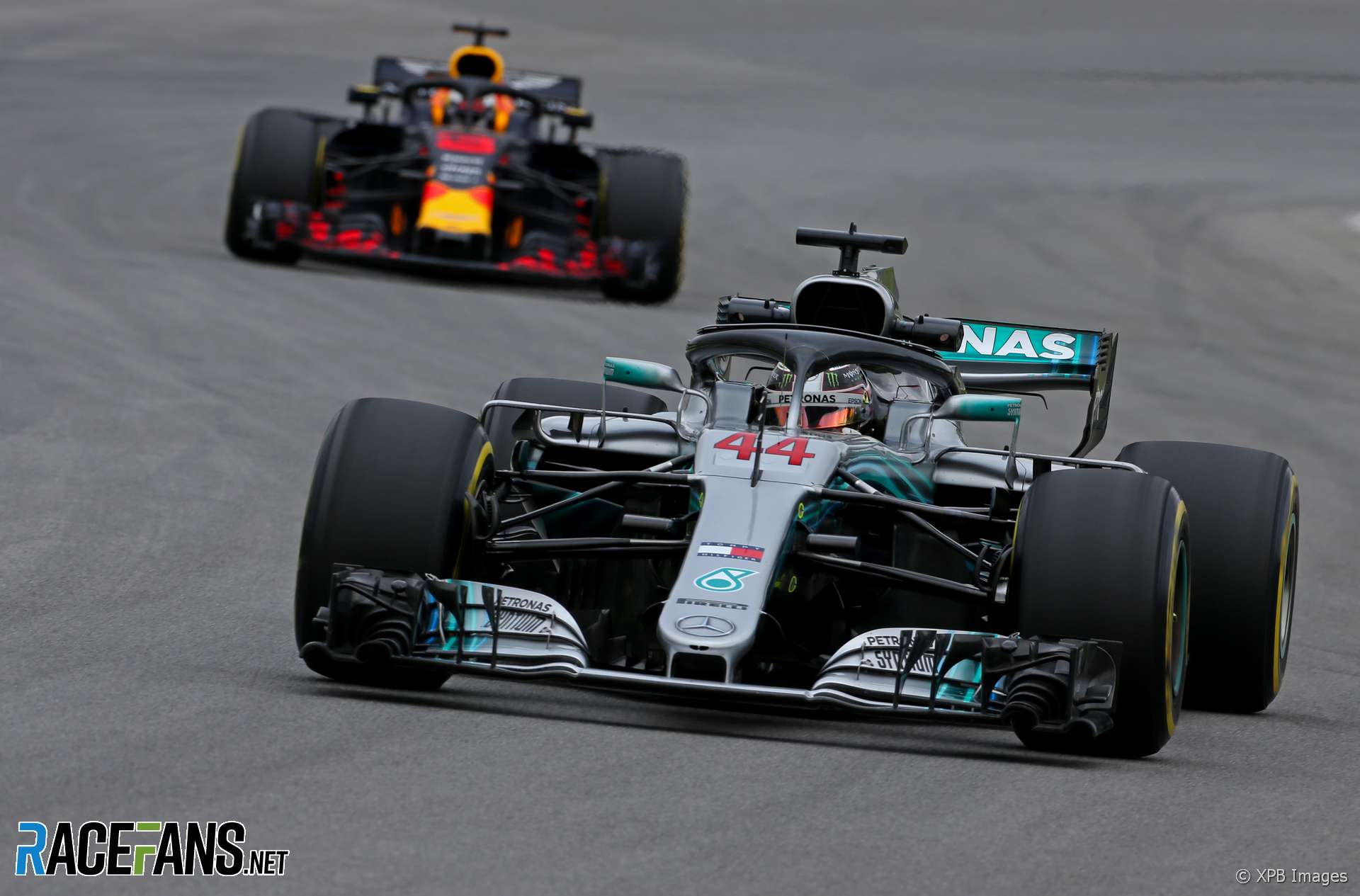 The penultimate race weekend of 2018 looks unlikely to offer the teams any surprises in terms of how their tyres perform and therefore what strategies they will use.

The three compounds brought this weekend are performing largely as expected by Pirelli, with lap time gaps of around half a second between each. The relatively small difference is due to Interlagos having the second-shortest lap time of the year, after the Red Bull Ring.

Some blistering was noticed on the tyres during practice. “Generally when there’s an issue on the tyres most of the teams suffer with the same issue whether it’s graining or blistering,” explained Toro Rosso’s Brendon Hartley.

“I had some vibrations at the end of one of the assets with some blisters which didn’t impact the performance so much, to be honest, I think it was a small one. There definitely will be tyre management in the race. Just keeping the thermal and temperatures under control which is boring to talk about but it’s part of racing.”

In previous races a combination of improving track conditions plus the teams’ understanding of how to manage their tyres means this tends to be less of a problem in the race. “I think all the compounds will be tricky to keep cool enough so the performance is high,” said Hartley. “It’s always a constant battle in Formula 1 to keep the tyres in the perfect window.”

Pirelli motorsport director Mario Isola therefore expects the front-running teams to take advantage of their performance gap over the midfield in qualifying and avoid the super-soft tyre in Q2. “If tomorrow it is dry – because there are chances of rain in the afternoon – I’m not very surprised if some of the top teams will try to qualify on the soft to keep the door open for the second stint to understand if it is better to use the medium or super-soft.”

Red Bull were on a par with Mercedes and Ferrari on Friday, but when the latter pair turn their engines up for qualifying the RB14s are likely to be bumped back to the third row. They may, however, have the pace to get in among any stragglers ahead, particularly as the slightest mistakes are amplified because of the short lap time.

Mercedes’ tyre management has been considerably worse than its rivals’ lately. They seemed little worse than Ferrari on their long runs and Toto Wolff – who usually takes great care to manage expectations – indicated they may have solved some of their recent problems.

Red Bull’s long run looked good, and they should be more competitive on Sunday. The bad news for them is Daniel Ricciardo’s five-place grid penalty.

In the midfield, Haas appear to be leading the way which is where they need to be if they are going to beat Renault to fourth in the constructors’ championship. Renault were slower than everyone bar Williams – a development which was not entirely unexpected.

Carlos Sainz Jnr was hoping the comparatively high altitude at Interlagos would play into their hands as it did at the last race. “Compared to Mexico it’s nearly three times less but it is one of the most high-altitude and we know the engine responded well to that so that’s an encouraging sign,” he said.

“The other thing is this long straight it’s all cornering and uphill so it makes the long straight more power-sensitive than normal because it’s uphill, you put a bit of torsion on the car and that makes the engine suffer a bit more if you don’t have enough power.”

Worse, Renault can expect Toro Rosso to pull ahead of them tomorrow when they switch the spec two Hondas they used on Friday for spec threes. Pierre Gasly reckoned that will be worth “several tenths”.

Force India also need to score well to close the gap to McLaren. But Sergio Perez did fewer than two dozen laps and Esteban Ocon collected a grid penalty. “I think Sauber and Haas are looking very strong,” said a dejected Perez. “Hopefully we can get a lot closer to them.”

7 comments on “Can Red Bull keep Mercedes and Ferrari in sight?”