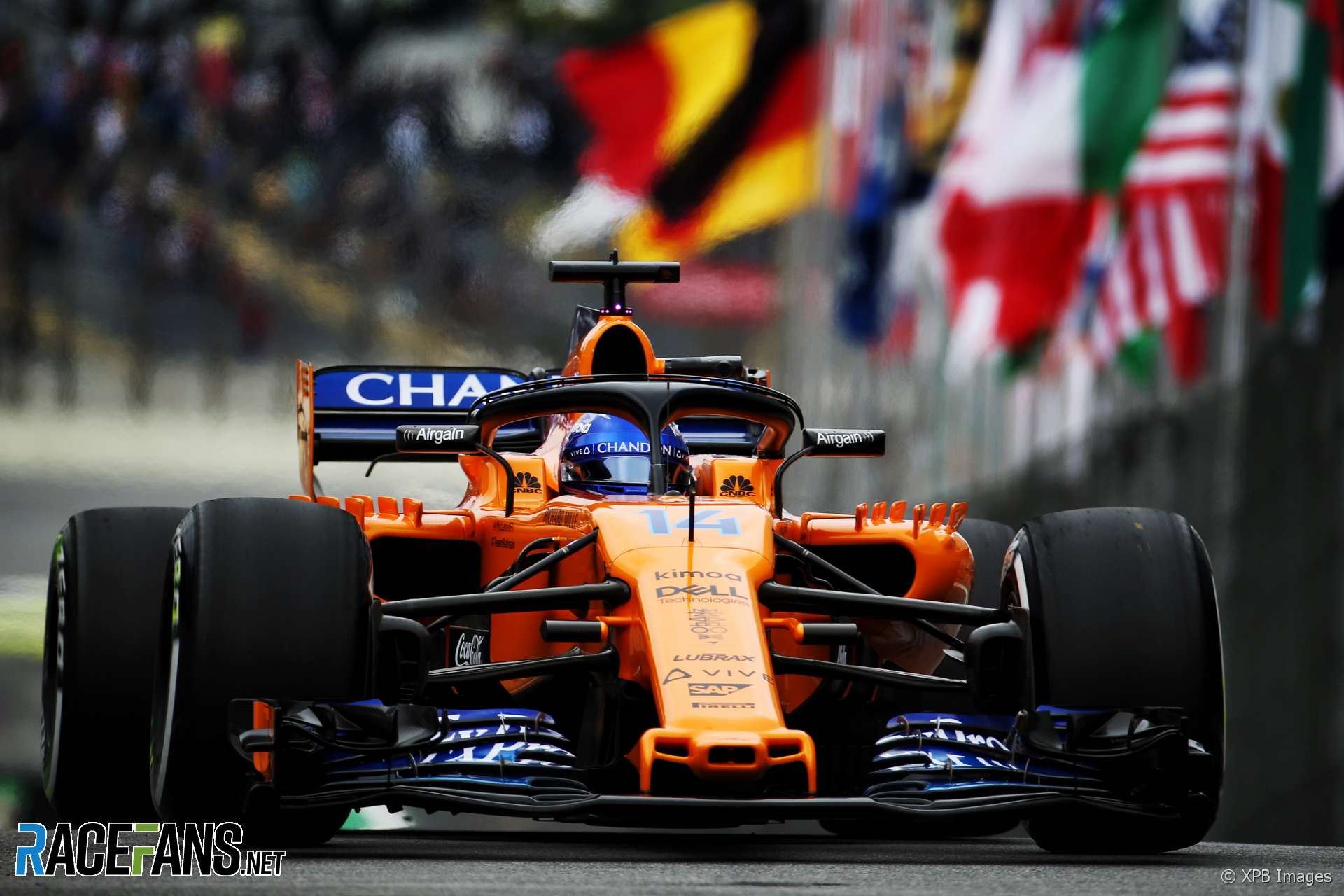 Fernando Alonso has been relegated to 17th place in the Brazilian Grand Prix after receiving a five-second time penalty.

His team mate Stoffel Vandoorne was also given the same penalty after the race, falling from 14th to 15th behind Esteban Ocon.

Alonso was judged to have taken too long to respond to blue flags which “were shown for a significant number of corners”.

It was a frustrating day for Alonso, who suffered a slow pit stop early on. He later told his team to stop talking to him on the radio until the end of the race.

The stewards ruled Ocon took too long to let Romain Grosjean past while he was racing with Lance stroll. “Vandoorne failed to let car eight [Grosjean] by at the first opportunity, although shown the blue flags for a significant number of corners,” they noted.

“The stewards acknowledged that car two was racing with car 18 [Stroll] at the time, but considered that this issue has been discussed at previous drivers’ meetings and consistent with previous cases impose a five-second time penalty.”

Both drivers were also given two penalty points on their licences.