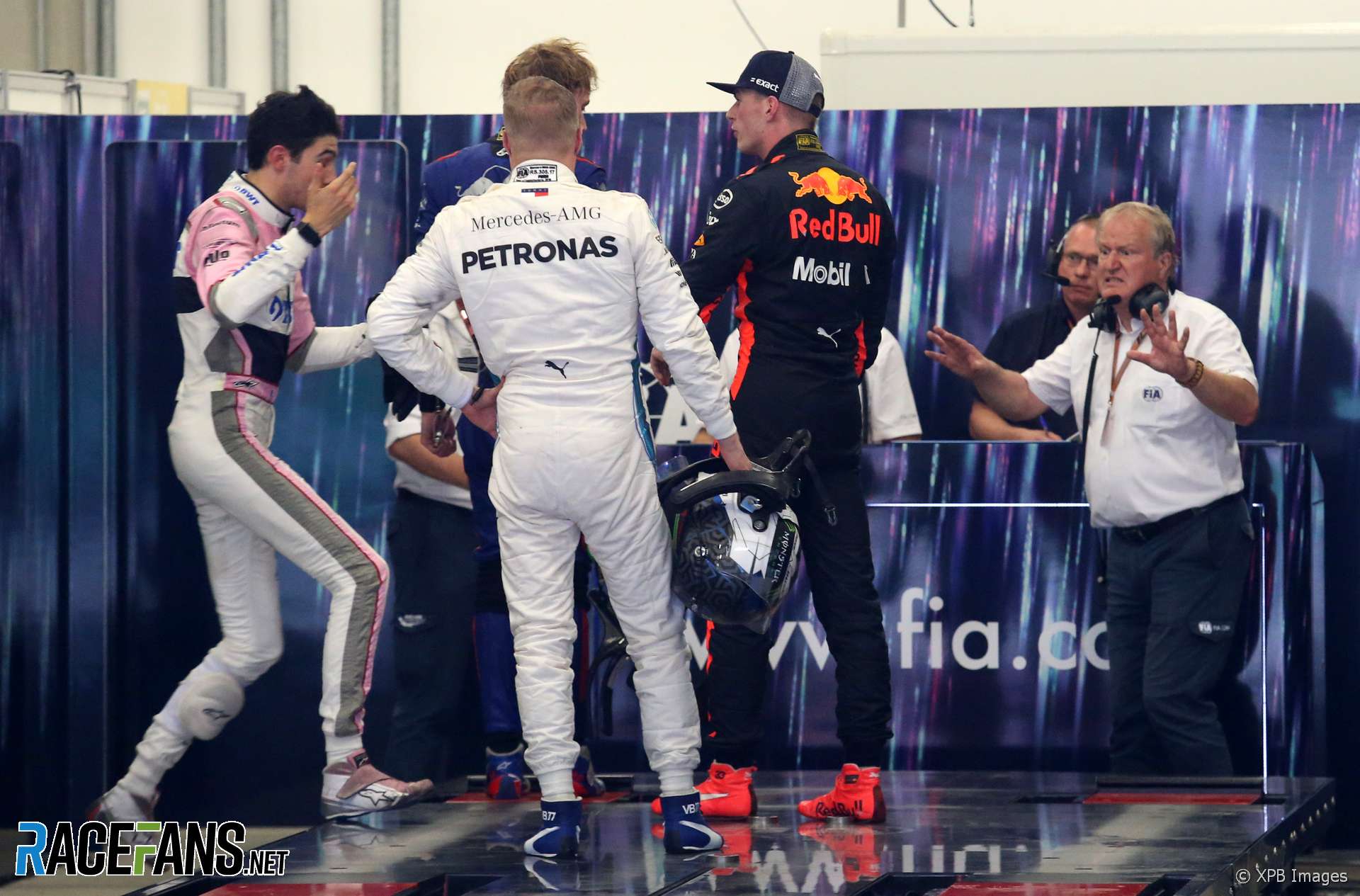 Max Verstappen says he doesn’t expect to receive a penalty after being filmed shoving Esteban Ocon three times after their collision in the Brazilian Grand Prix.

Ocon was given a 10-second stop-go penalty after knocking Verstappen, who was leading the race, into a spin while he was a lap behind. The Force India driver has called on the FIA to take action over Verstappen’s “violent” conduct towards him after the race.

The pair have been summoned to the stewards regarding the incident. Verstappen defended his behaviour and said he is not interested in the views of his critics.

“I don’t care what those people say,” said Verstappen. “I’m a winner. You get taken out like that, to get a stupid response from his side as well, I was not happy about that.”

“We are all passionate about the sport,” he added. “It would be odd if I would shake his hand.”

Ocon was on softer tyres at the time he was trying to un-lap himself from Verstappen, who said he was looking after his rubber at the time.

“Once I got by Lewis [Hamilton] I was just saving my tyres to bring it to the end,” said Verstappen.

“[Ocon] just came out of the pit lane and of course he had the right to overtake me but of course you have to be cautious. The amount of risk he was taking I don’t think is correct. They gave him a penalty so I guess that says enough anyway.

“Of course afterwards you can easily say ‘oh Max you should have given room and blah, blah, blah’. But it’s not like that, we are racing and you don’t expect that a backmarker is taking you out.”