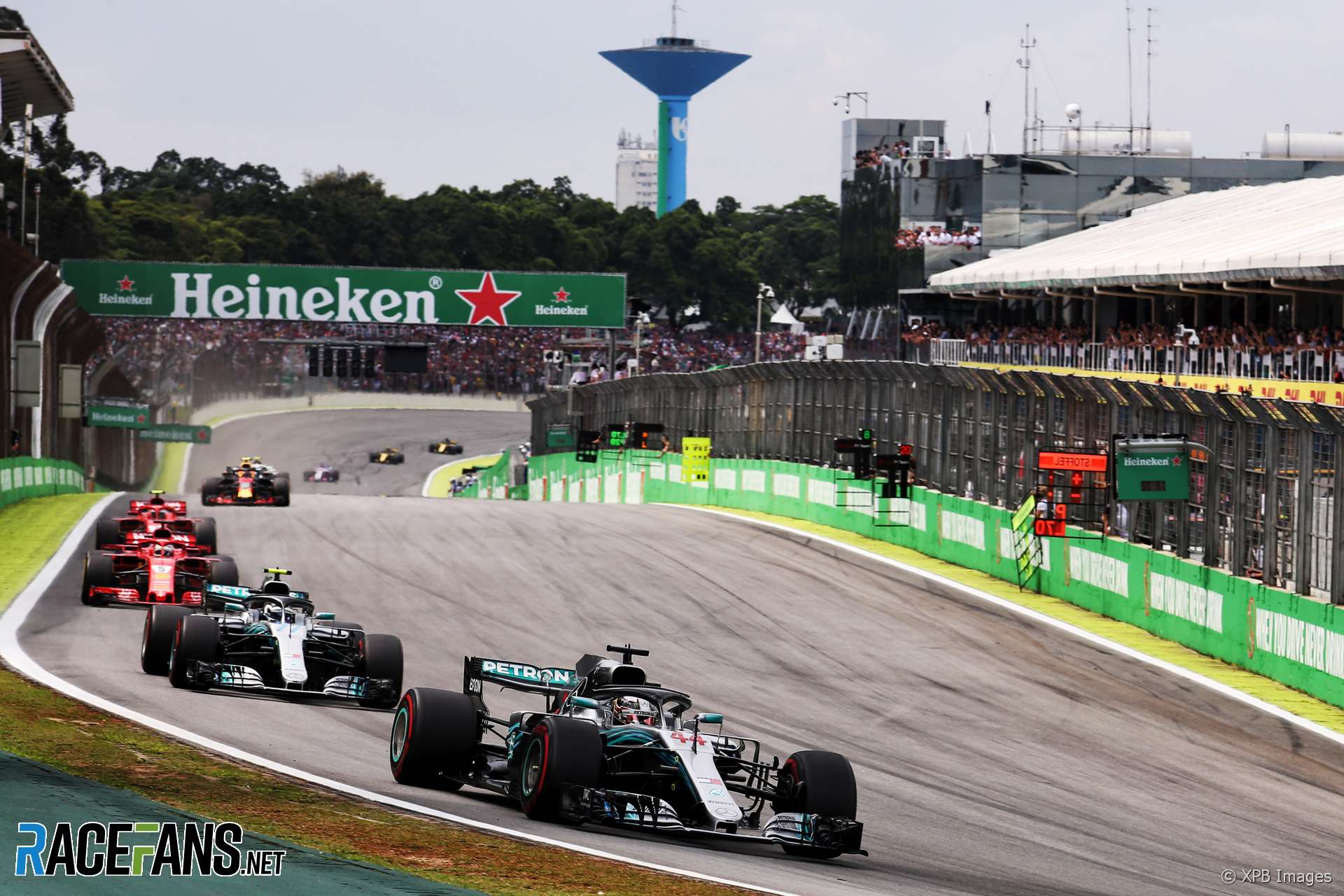 Mercedes have won the Formula 1 constructors’ championship for the fifth year in a row.

Lewis Hamilton and Valtteri Bottas moved the team out of reach of rivals Ferrari with their result in today’s Brazilian wGrand Prix.

The team has been undefeated since F1’s V6 hybrid turbo engine format was introduced in 2014.