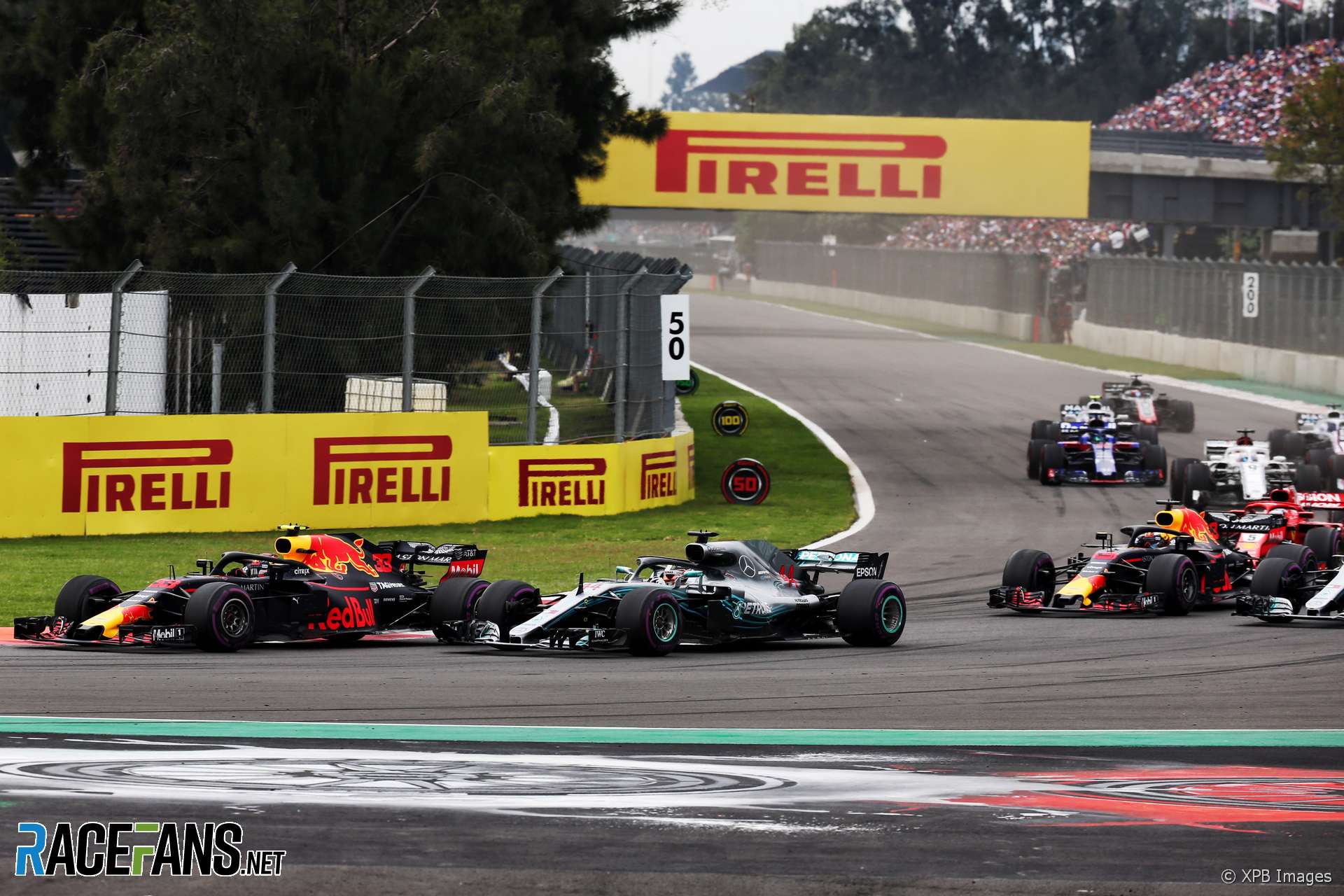 Teams will test Pirelli’s new range of tyres for the 2019 F1 season in two days of running after this weekend’s Abu Dhabi Grand Prix.

It comes at a sensitive time as drivers and teams have questioned whether the sport did the right thing by asking Pirelli to produce tyres which degraded more quickly. This was done through the ‘target letter’ given to Pirelli which sets down the desired tyre performance characteristics.

Higher degradation tyres were supposed to encourage teams to use more varied strategies. But at some races, such as in Mexico, drivers complained this meant they had to do an extreme amount of tyre management.

Instead of pitting multiple times per race, teams largely continued to stop just once while their drivers cruised around nursing their tyres – a recipe for poor racing. Pirelli motorsport director Mario Isola explained why.

“I have an interesting analysis made by my engineers that shows that for last year with more conservative [tyre] choices teams in general were managing their race pace a lot less than this year,” he said.

“This year we try to follow the target letter, we try to follow the indication coming from this sport: going softer with more degradation. But obviously we have to take it into consideration the approach from the teams. The teams are always using the best strategy, the quickest. It doesn’t matter if it is one stop or two stops.

“It is clear what emerges from this championship is that if we go softer, if we go with more degradation, they try to manage the pace in order to have one stop. We should learn from that to design something better for next year.”

As next year’s tyres have already been developed the scope for Pirelli to respond to recent feedback is limited. Among the changes to the specification is a move towards a thinner tread as was using at the Spanish, French and British rounds this year. This is intended to make the tyres less sensitive to temperature.

“We made some modification to the new product, to the tread, in order to try to have less overheating,” said Isola. “Also the way in which we have designed the compounds, for example the new compounds have a slightly higher working range in order to protect the compound itself from the overheating.”

This brings with it the possibility next year’s tyres will be harder to warm-up. Isola said Pirelli is paying attention to this.

“The target is always to have a wider working window, this is clear but it’s not so easy. So if we have to decide, we decided to move the working range slightly on the higher side because in general during this year we had very few cases in which teams were complaining about the warm-up.

“Maybe only hardest of the three compounds was not ready at the first timed lap. It took two laps to have the tyre ready. But it was not a big issue, the warm-up. That’s why we decided to go in this that action to try to improve the resistance to overheating. I’m sure that we are not penalising the warm-up too much.”

Which tyres Pirelli selects for each race will also have a crucial bearing on what kind of racing we see next year. Here Isola says they intend to learn from how they have experimented with tyre compound selection this year.

“We had some races where the hardest and the middle [compound] that were a lot harder than the softest compound – when we jump a level for example [in] China we had medium, soft and ultra-soft to jump one level. And some other races we had, for example, soft, ultra-soft and hyper-soft. So just one that was harder than he other two. And we saw different results. Now it’s time to put all these numbers together and to understand.

“But we cannot do that before the Abu Dhabi test because the Abu Dhabi test is going to give us more reliable numbers. Don’t forget that during the season we test with one car or two cars. Now it’s important that when we are in Abu Dhabi we have 10 cars, we have two days, most of the teams last year came with their race drivers. They have the opportunity to test the complete 2019 range, as well as the 2018 if they want to make a comparison.”

At the last race in Brazil drivers put their concerns about F1’s tyres to Pirelli. Next week’s test will be the first indication whether they will be more satisfied with their rubber next year.