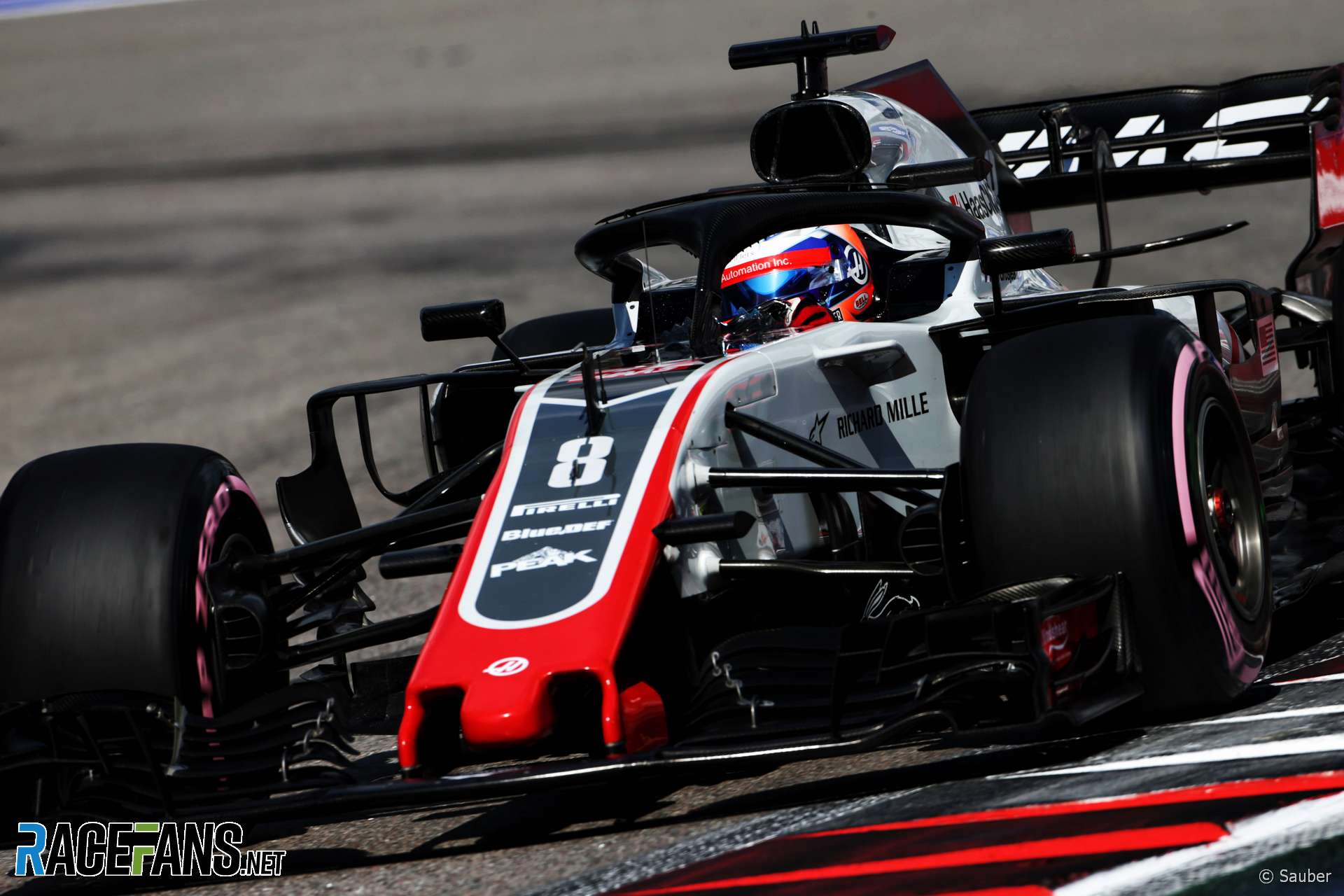 The Brazilian Grand Prix wanted for little in terms of action. But that wasn’t case at many other rounds this year.

The previous race in Mexico was a particularly acute example of the problem. For several drivers in the midfield, eking out Pirelli’s softest rubber for two stints may have been strategically sound, but it made for an unsatisfying race.

Ahead of the Brazilian Grand Prix drivers met with F1’s official tyre supplier to voice their complaints. One of which, as Romain Grosjean explained, is a concern that extreme high tyre degradation exaggerates the gap between the top three teams and the rest.

“The races are not fun,” Grosjean explained. “[Sixth place] in Mexico is two laps down.”

“How do you want to see a midfield car going once, twice on the podium if we are already two laps down, one lap down? The delta between the big teams and the small teams is too big. The tyres are so complicated to understand, to drive, if you don’t have the downforce you destroy them.”

The problem has been worst in races like Singapore, Russia and Mexico where Pirelli brought its softest rubber. Grosjean said the amount of tyre management drivers have to do on the hyper-soft is extreme. “On ultra-soft there’s a bit of management needed. On super-soft it’s better.”

The rationale behind making softer tyres was that it would force teams to make more pit stops. But Pirelli has acknowledged teams have become so good at managing degradation they instead run at a slower pace and preserve their tyres, with obvious consequences for the racing.

“We want to be going racing and racing hard and pushing,” said Grosjean.

“I like it when you can push really hard and it’s about challenging yourself. In Singapore when we’re 10 seconds off the pace, no one’s going to make a mistake. No one went out this year. The first two years when it was hard, I remember Kimi [Raikkonen] going out and crashing. People did because you were tired, it was fucking exhausting.”

The impetus to change the direction of tyre development comes at an awkward time for Pirelli. The tyres for the 2019 F1 season have already been designed and will be tested by all the teams at the end of the month. As for the 2020 tyres, the FIA has not selected which of two potential bidders – Pirelli or rival Hankook – will be chosen to produce them.

However the drivers’ input could inform tyre compound nominations for next year and potential off-season sporting regulations changes.

Brazil showed that when the circumstances are right, F1 can still produce great racing. As Grosjean acknowledged before the race, the drivers’ frustration lies in knowing it doesn’t happen more often.

“Don’t get me wrong, it’s not all wrong,” he said. “I’m still very happy to come on a race weekend and race the car.

“But it’s a bit frustrating to know it could be better.”

36 comments on ““The races are not fun”: Why F1 drivers are lobbying over tyres again”