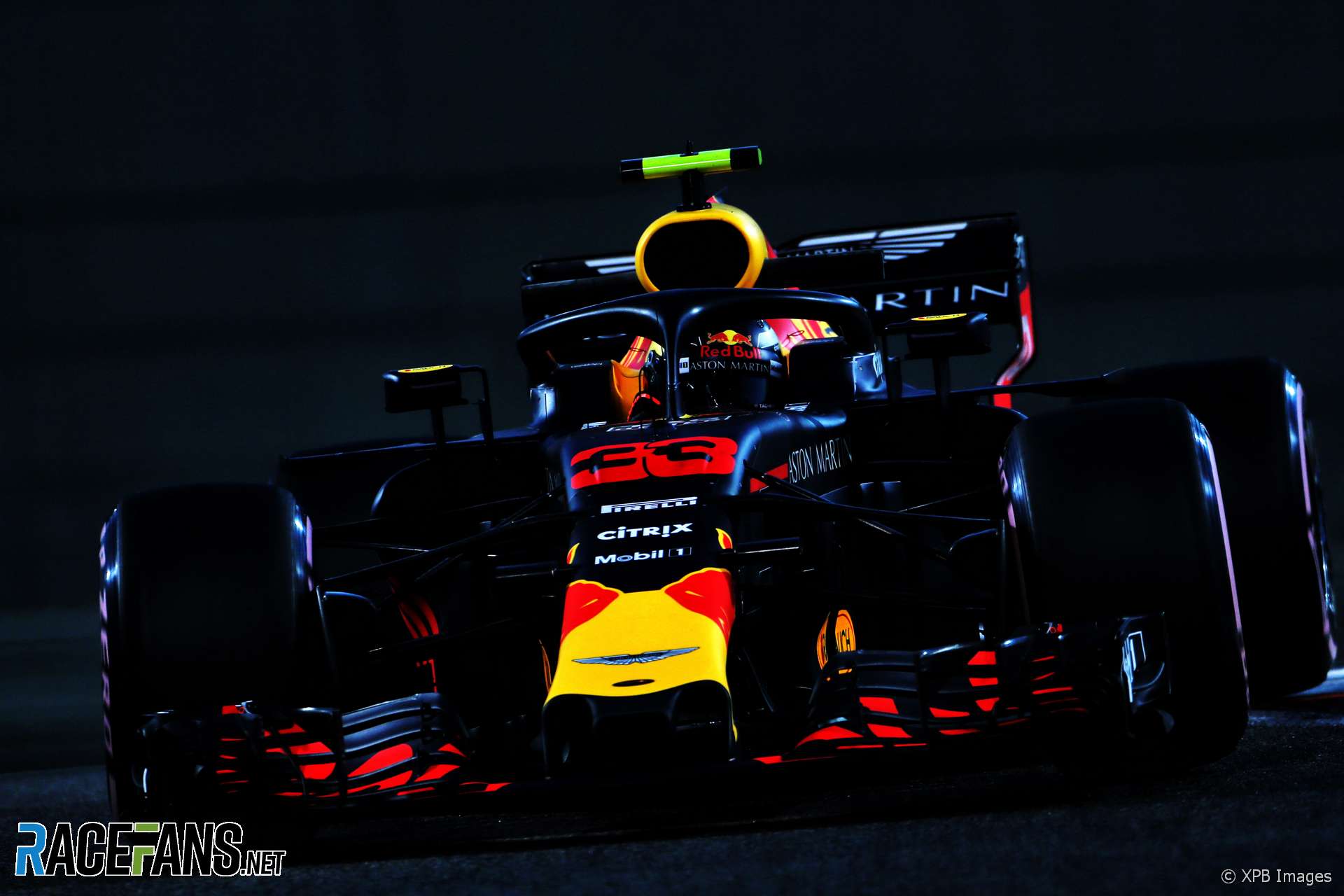 The Abu Dhabi Grand Prix draws a line under Red Bull and Renault’s 12-year relationship. The French manufacturer’s inability to close the gap to its front-running rivals in the V6 hybrid turbo era has prompted Red Bull to throw its lot in with Honda.

Red Bull’s engine deficit is the reason why they’ve only had two pole positions this year, both at tracks where engine performance is not a significant factor. They’re unlikely to be in the hunt for pole position on Saturday.

Despite this disadvantage, the strong card they’ve been able to play in recent races has been tyre performance. As Daniel Ricciardo admitted yesterday, it could have won them all of the last three races. But it may not be enough to tip the balance this weekend.

Pirelli has nominated its three softest compounds for the final race of the year. The softest of these – the hyper-soft – is out-performing the next-softest compound much more than Pirelli expected. “We were expecting a time of 0.9 to one seconds,” said motorsport director Mario Isola. “It seems there is a bit more in the range of 1.3, 1.4.”

The upshot of this is that the quickest teams are unlikely to attempt to get through Q2 on the super-soft and start the race on it – they don’t have enough of a performance gap over the midfield for that to be an option.

In Brazil, Red Bull were able to stretch their first stint long enough that they could use the second-softest tyre compound for their second stint, while Mercedes pitted earlier and switched to harder rubber. But in Abu Dhabi the ultra-soft is only around 0.2 seconds per lap quicker than the super-soft, so the benefit from doing that is greatly reduced.

The super-soft is also less susceptible to graining, whereas drivers need to take care of the front-right when running the ultra-soft.

Nonetheless Ricciardo is hopeful that the extent of degradation will play into Red Bull’s hands. “The tyres are certainly degrading,” he said The hyper-soft seemed a bit more the front. The ultra- and super- more in the rears.

“I think we’re normally in as good a shape as anyone else with tyre tyres so we’ll just try and stay on top of that. In quali, I think we still need to be on the first two rows to really be in with a shot. I think we’ll be there.”

Ferrari, as usual, did not show strong pace on Friday. This is usually a precursor to them dialling everything up on Saturday and being much closer to Saturday. Sebastian Vettel is expecting a stronger showing in qualifying.

“We need to find quite a bit of pace for tomorrow. but for one lap we should be able to improve quite a bit. I think the conditions came towards us. The car was definitely better this evening than it was this afternoon.”

After wrapping the constructors’ championship up in Brazil, Mercedes admitted they hadn’t run their controversial rear wheel ‘spacers’ since Austin because they feared a possible protest by Ferrari. With the silverware locked up again, and having promised to “go for broke” this weekend, will they return to the car on Saturday?

The team has played down the benefit they gained from the wheels, but the ever-present Yas Marina problem of controlling rear tyre temperatures looks like the very challenge these were created for. If so, Friday’s pace setter Valtteri Bottas is staring at a good chance of finally winning his first race this year, as long as he can stop his team mate winning his 11th.