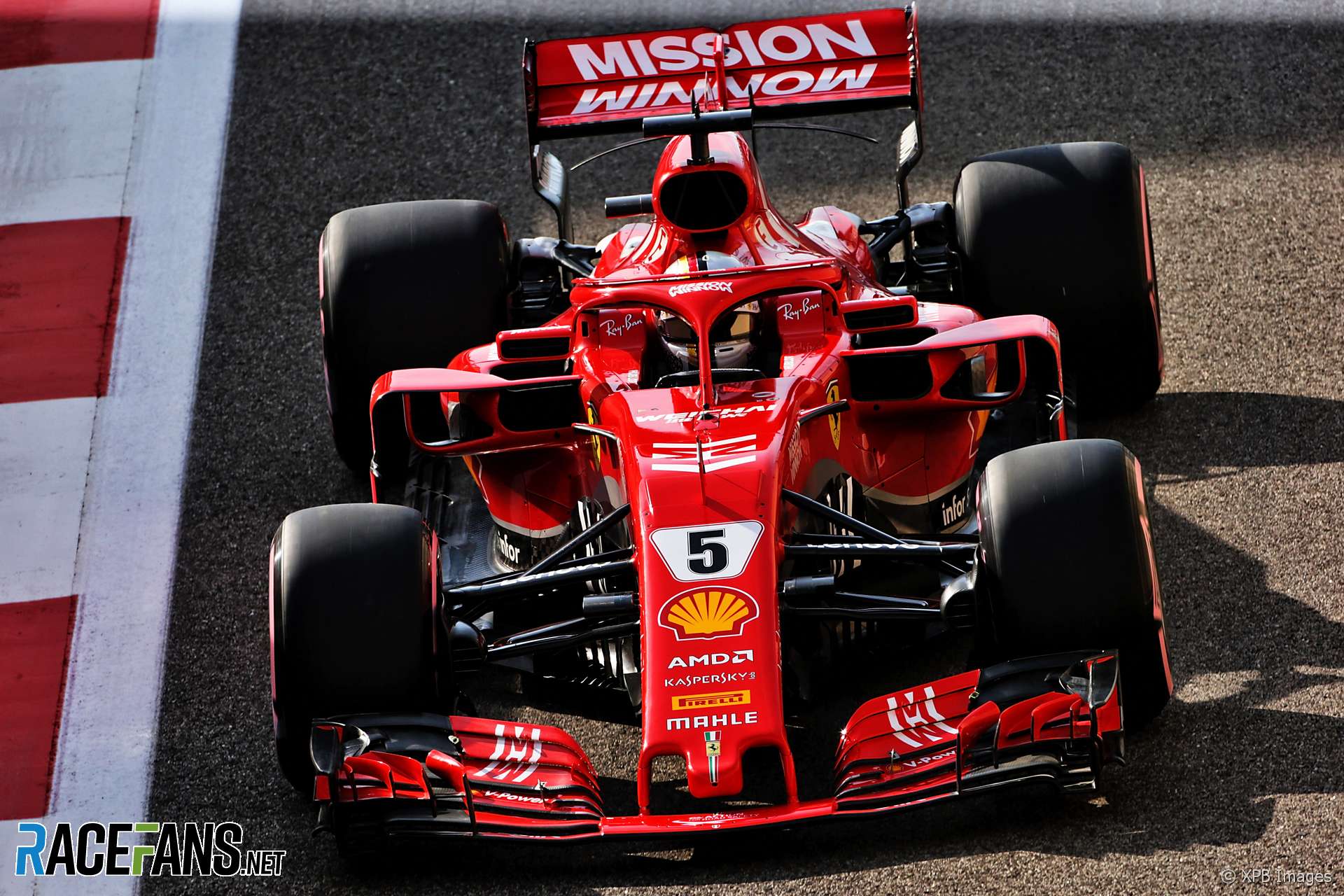 Sebastian Vettel says he was pleased to avoid having to start the Abu Dhabi Grand Prix on the hyper-soft tyre after qualifying on the ultra-soft.

The Ferrari driver risked a second run on the ultra-soft tyres in Q2 and was able to set a time good enough for the top 10, meaning he will start the race on the harder tyres. Vettel said this was important as Friday’s running showed the hyper-soft isn’t durable enough for a race stint.

“Yesterday we tried everything and obviously for us the hyper-soft didn’t last so long,” said Vettel. “So we were quite confident that it’s not the race tyre, not the tyre we want to start the race on. Other people obviously had the same opinion.”

When he was asked which tyre compound he wanted for his second run in Q2, Vettel told his team he could find another 0.4 seconds on the ultra-soft. “I knew in the second run that I had some lap time to gain,” he said.

“I was held up a little bit in traffic on the first lap and I knew it will be tight but I really wanted to start on that tyre. That’s why I was happy to take that risk.”

Vettel’s team mate Kimi Raikkonen will start on the same compound, as will the Mercedes drivers and Daniel Ricciardo. The only one of the six front-running drivers who will start on hyper-softs is Max Verstappen.

Vettel said his car was better-balanced in qualifying than it had been on Friday.

“The car felt a bit better today,” he said. “Probably the track came towards us as well.

“Usually throughout qualifying the track improves and you start to feel happier with the car. So I think we estimated the right direction and were able to follow the trend.”

3 comments on “Vettel relieved to avoid starting on hyper-softs”