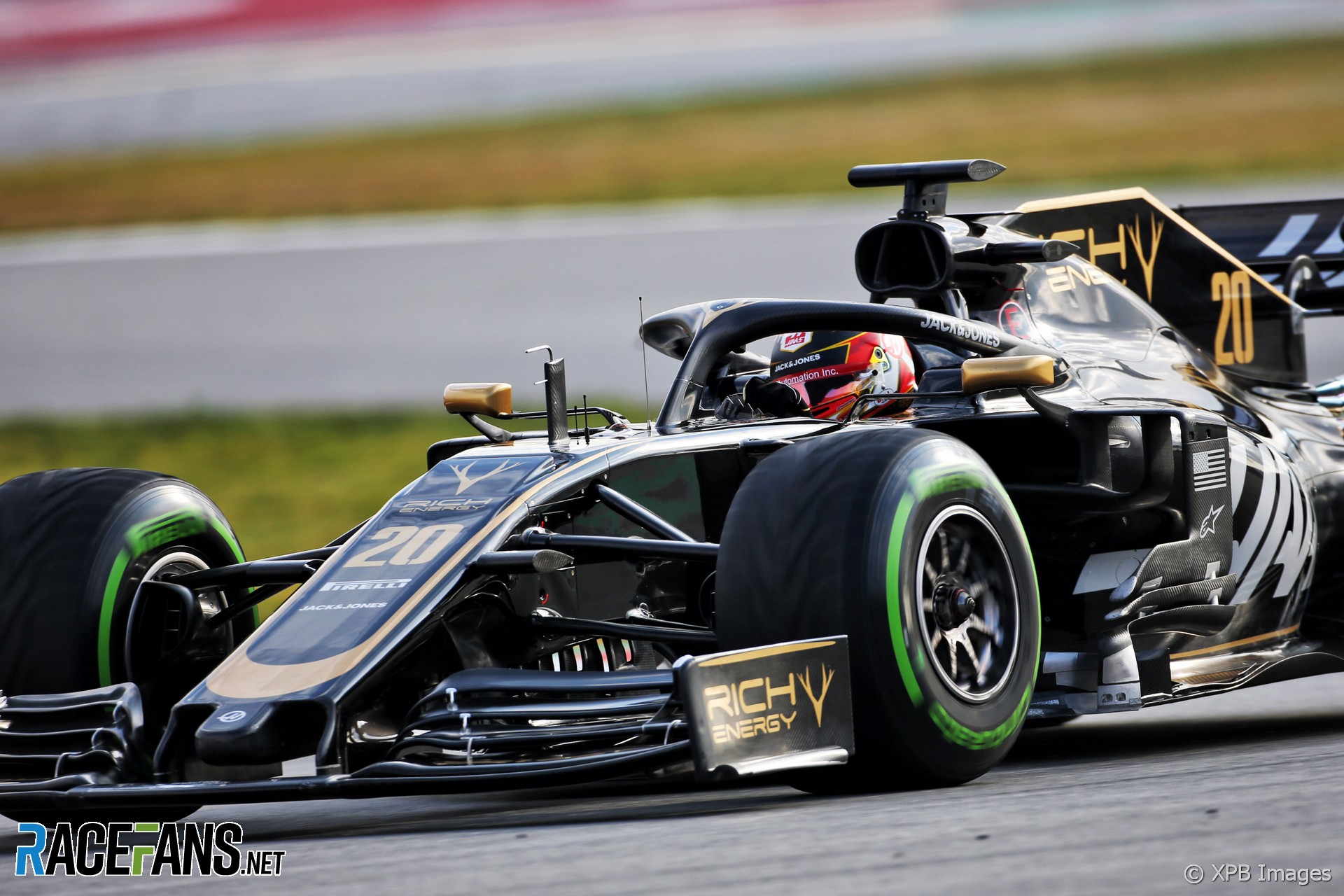 After two days of pre-season testing most teams are closing on their benchmark times from last year but none have broken them yet.

Alfa Romeo remains the closest team to its 2018 testing pace after Antonio Giovinazzi lowered its best time of the test so far to a 1’19.312 using a set of the C4 tyres, which are comparable to a 2018 ultra-soft.

McLaren, the next-closest team to its 2018 pace, also used the C4s. That makes Kevin Magnussen’s lap for Haas which was set on C3s, and just 0.7s off their strong 2018 testing form, a promising benchmark of their potential.

While Ferrari have led the times on both days, they are still almost one second off their 2018 pace, albeit also on the harder C4s. While they are making all the headlines, Mercedes’ pace is comparable to what they did last year in much the same way as Ferrari’s is.

At this stage it’s still all about mileage. Ferrari charged past the 1,500 kilometre mark – roughly five grand prix distances – with Charles Leclerc at the wheel on Tuesday. But Mercedes, splitting its time between two drivers as usual, edged fractionally closer.

None of the other teams are racking up the laps at this rate but it’s impressive that at this early stage in proceedings the majority of teams have covered one thousand kilometres. The striking exception is, of course, Williams, who believe they will finally get their FW42 on-track tomorrow.