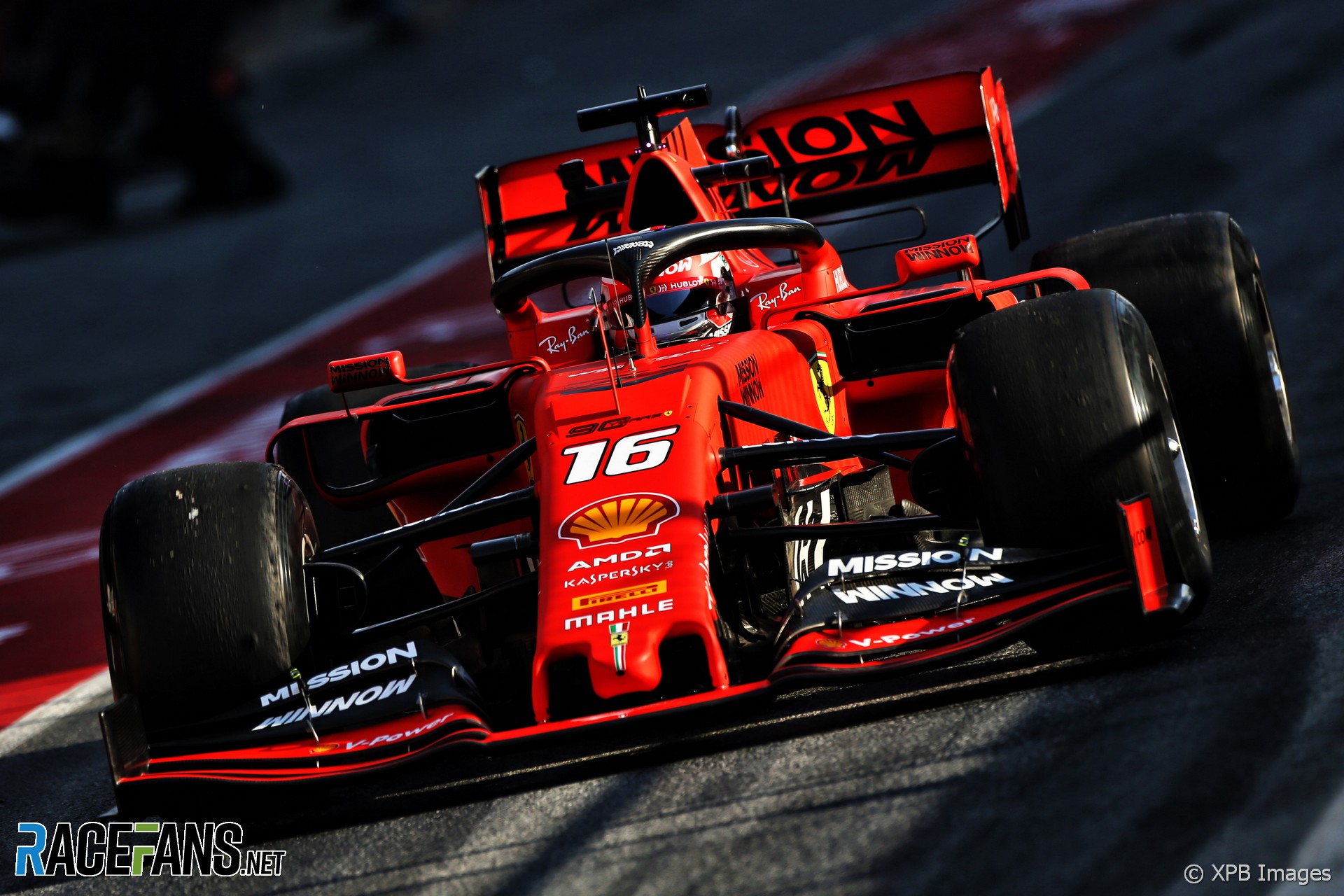 Charles Leclerc smashed the best lap time of testing so far as he put Ferrari comfortably ahead on the morning of the penultimate day of running.

The team’s new driver for the 2019 F1 season set a best of 1’16.231, almost a second faster than Ferrari’s best lap time from pre-season testing last year, and within a tenth of a second of last year’s pole position time at the Circuit de Catalunya.

With Leclerc one of several drivers having their last tests before the first race of the season, eight teams improved on their nest lap time of testing so far on the morning of day seven. Among them was Alexander Albon in the Toro Rosso, who was the only other driver to break the 77 second barrier.

Lando Norris put his McLaren third and Pierre Gasly got within seven-hundredths of a second of his time in the Red Bull.

Fifth-placed Nico Hulkenberg was the first of two drivers who did not improve their team’s benchmark time. The other was Lewis Hamilton, who put another 85 laps on the Mercedes as the team continues to log more mileage than any of their rivals.

Lance Stroll lowered Racing Point’s best time to a 1’17.556, though the team continues to complete fewer laps than its rivals. He was just under a tenth of a second ahead of Antonio Giovinazzi’s Alfa Romeo.