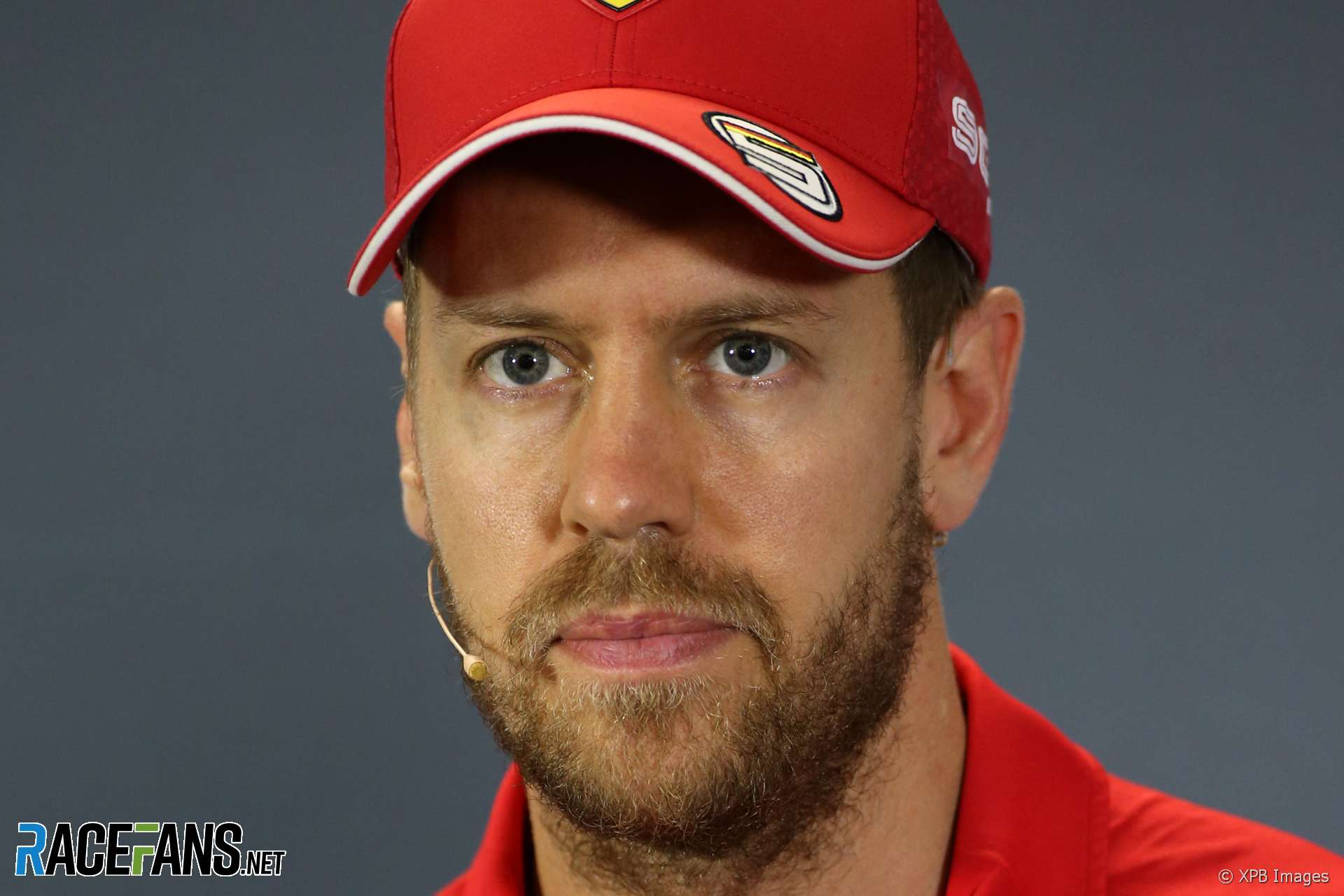 Sebastian Vettel has insisted he and new team mate Charles Leclerc will be free to race each other from the beginning of the season.

Ferrari’s new team principal Mattia Binotto said earlier this year Vettel would be given priority over Leclerc in certain situations earlier in the season. In a subsequent interview, Binotto later said the two would be “free to fight” but also indicated Vettel could enjoy the team’s favour in some circumstances.

“Certainly if there is any ambiguous situation at the start of the season, Sebastian is the one who has got more experience, he has been with us many years, he has already won championships, so he is our champion,” said Binotto.

Asked to clarify the arrangement between him and Leclerc ahead of this weekend’s Australian Grand Prix, Vettel “I don’t think there’s much point going into certain situations.

“In the end we are racing for Ferrari and that means we will try to get Ferrari back to where we’ve been trying to get it back to the last couple of years. That’s the main priority and the rest, it’s a long long season and I think it’s a bit pointless at this point to start pointing out certain scenarios.”

Lewis Hamilton,who was handed a victory by team mate Valtteri Bottas in the Russian Grand Prix last year, said the pair will also start the new season on an equal footing.

“We’re free to race like every single year,” he said. “That was said at the beginning when we were back at the factory and it’s repeated today.

“And that’s how I like it. It means we both have a fair shot. It’s been the same every single year.

“It is only to a point where one driver doesn’t win the championship any more if we’re lucky enough to be in that position, things shift, but generally we’re always free to race and I think that’s great.”