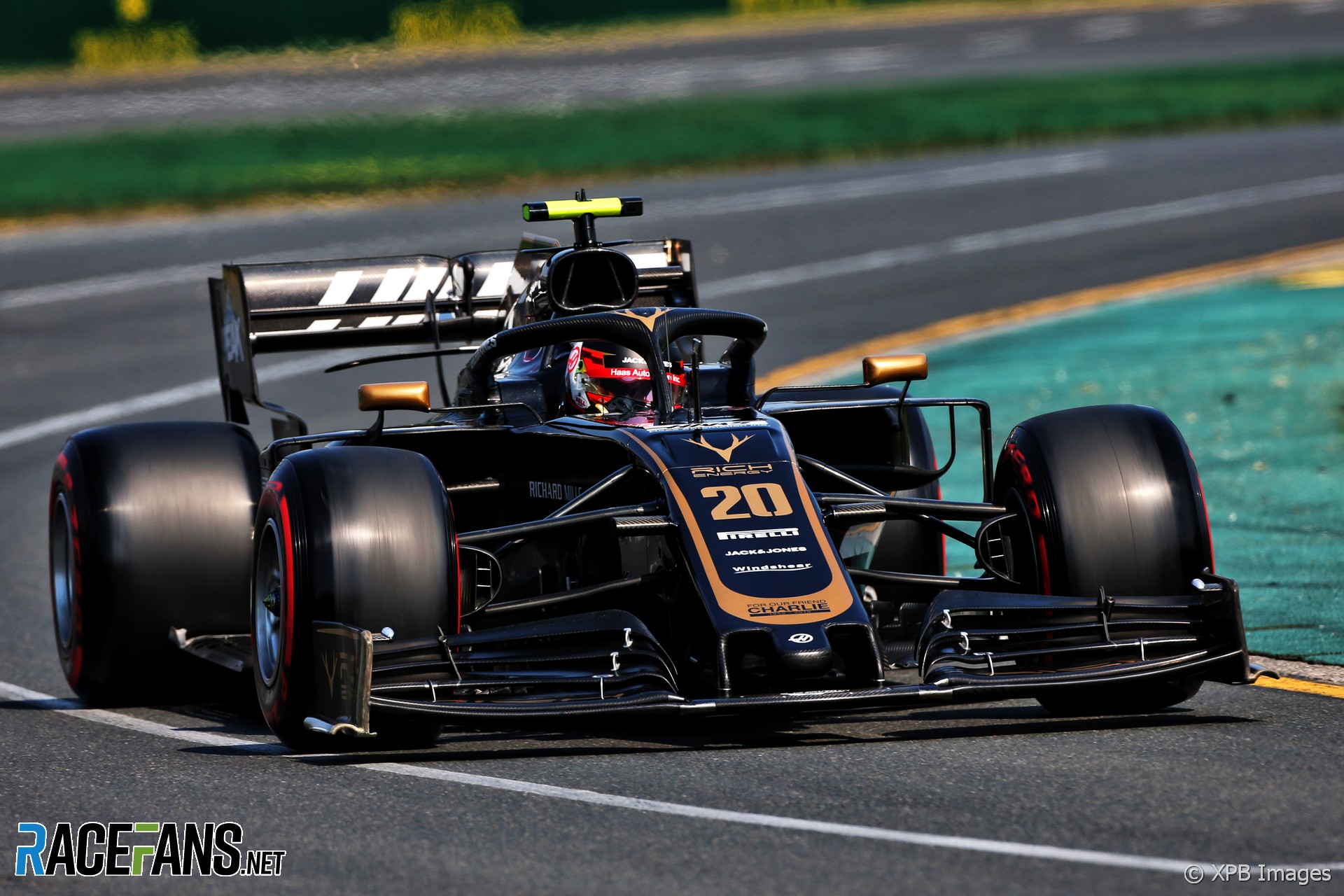 Kevin Magnussen hailed Haas’s new car for the 2019 F1 season after qualifying seventh for the Australian Grand Prix despite making several mistakes on his lap in Q3.

“It was a shit lap,” Maagnussen admitted. “I didn’t get at all out of it what I should have.”

The Haas driver found himself on the back foot in Q3 because of another mistake earlier in the session.

“I made a big mistake in Q1 that meant that I had to use another set to get through. And then it means you have only have one set for Q3, which is crazy because we should have been so easily through on just one set in Q1. So that was my bad. And then you do a lap, you only have one shot in Q3, and that wasn’t too pretty.

Magnussen said he lost “a couple of tenths, easily” on his Q3 run. “I braked too late in turn six, luckily the car has good grip so I was able to just turn in anyway and get back on power but I lost quite a lot of time there. Sector three was good, though, made some time back.”

[mpuzweeler01]He will start one place behind team mate Romain Grosjean. Magnussen praised the job the team has done with the VF-19.

“I think the car is pretty good. Very happy with this starting point and the and the car that the team’s given to start the season,” he said.

“Over the winter it’s been a big challenge with these new regulations. It’s incredible that the team is able to keep it up and be as competitive as we are today.”

“Generally I think all the cars are stronger than last year, but it’s a very good car,” he added. “It’s crazy to think there are other cars that are faster than this.”