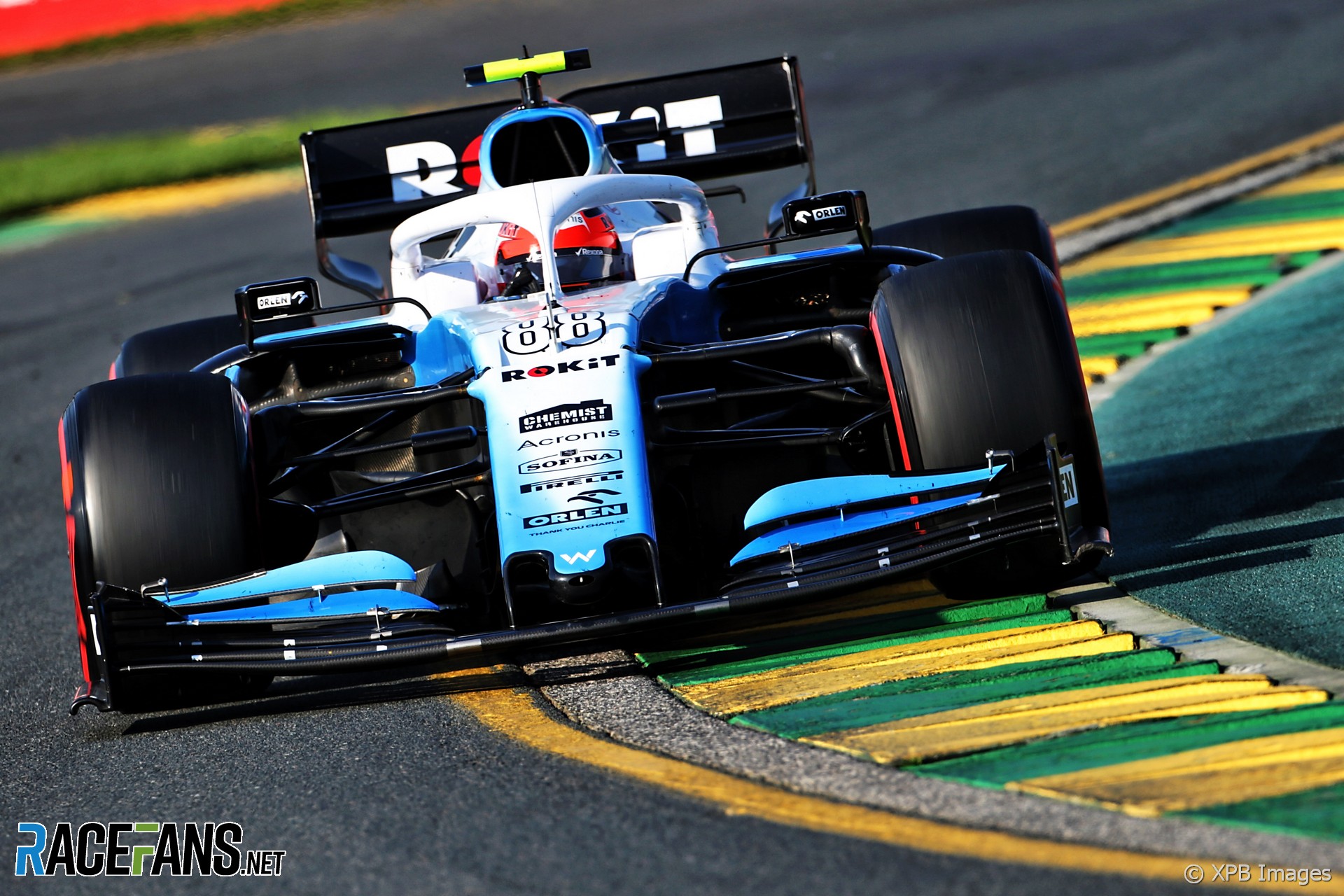 The Williams driver suffered a litany of misfortunes in his first Formula 1 race for more than eight years. He qualified last on the grid in the team’s uncompetitive FW42.

“As expected it was not the easiest one,” said Kubica. His race began with a panic when he realised he couldn’t see the starting lights.

“It was my first standing start after eight years and four months,” said Kubica. “I never did a standing start with the grid since Abu Dhabi 2010. And actually it was quite good.

“But I had a bit of a panic because when I stopped, I couldn’t see the lights. The rear wing of the McLaren was hiding it. So I could see the first block but not the rest. And then I had to move to the left, there was additional lights, it was a bit of a panic moment.”

With the car well over a second off the pace all weekend, Kubica said the team treated the race as “rather more a test for us to get more data” and opted to start him on the hard tyres.

His race started to go wrong at the first corner when he tangled with Pierre Gasly’s Red Bull.

“I had a good launch but then I had a lot of wheelspin,” he said. “Running into turn one I took it very safe, actually I moved a lot to the inside over the kerbs. And once I thought ‘OK, this is over’, I went through the first corner.

“From what I saw in-car Gasly moved quite a lot to the right, I think there was contact with Sainz. I saw it [later] with the video that he moved a lot to the right [and] then he damaged by front wing. But I didn’t realise. A hundred metres later I lost all the wing – I thought I’d lost half of it. Then the wing caused other damage to the car so we had to pit.”

Kubica continued to struggle with his damaged car’s handling after returning to the track.

“The car was not feeling great. Then additionally on lap three of the race I lost one mirror which makes it even more difficult with blue flags. So it was quite difficult.

“Once I was in free air I was told the pace was not bad, actually it was good for the car with the state I was having. I nearly started laughing because from the inside it felt very bad.”

Despite his difficult return to F1 Kubica says he is remaining positive, but will adjust his expectations about how much wheel-to-wheel racing he is likely to do in the near future.

“Overall I am leaving Australia with definitely more experience and reasonably happy. Although I would never think I would say something like this having this pace and finishing so far behind. But that’s the reality.”

“Yesterday I was disappointed a few stuff. Probably I pretended and I focused too much like I would be racing with people.”

Williams are “in a different phase” he admitted. “We have to understand that it’s not easy and we have to use race weekends as a kind of test.”