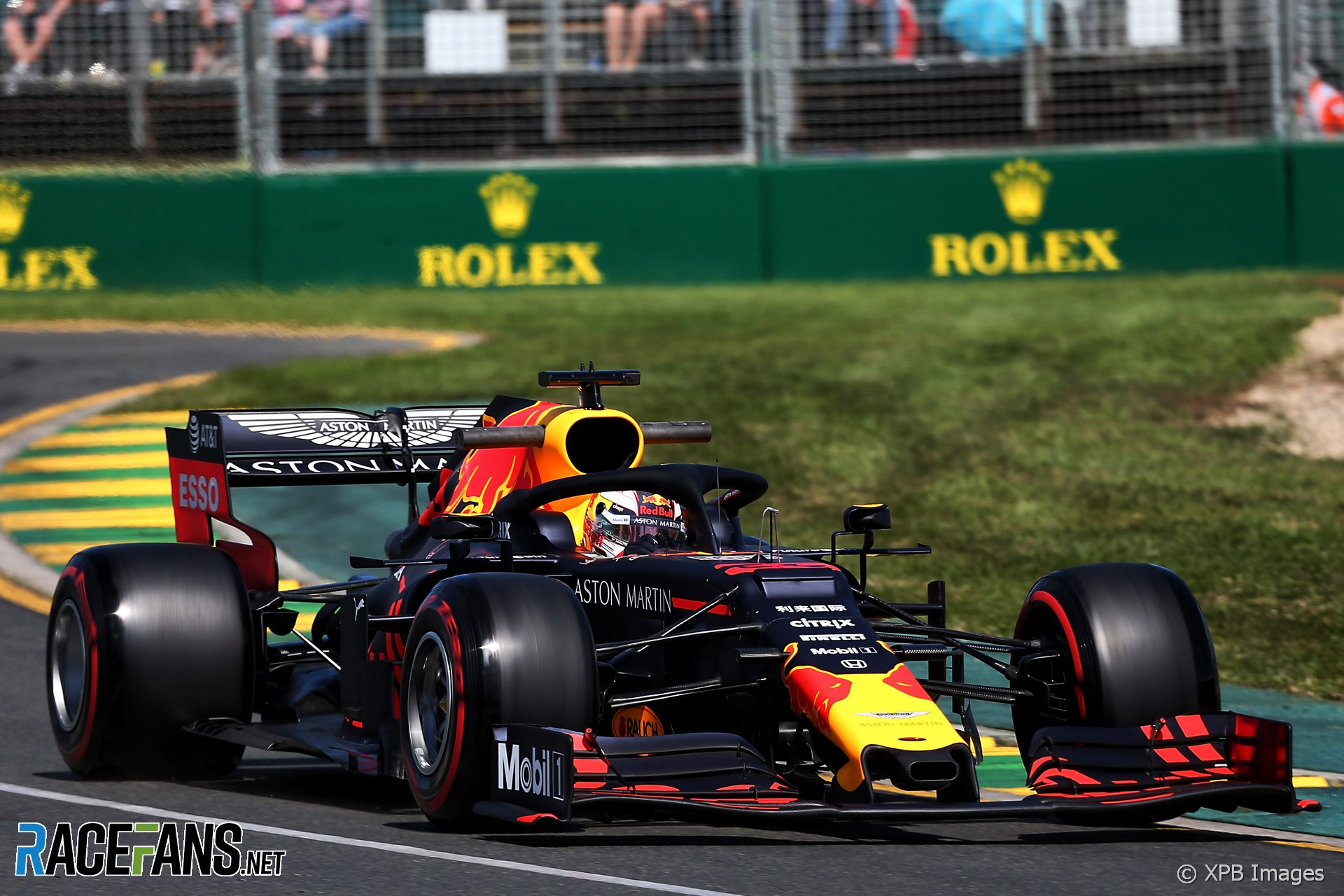 Red Bull team principal Christian Horner says it’s too soon to consider the team as championship contenders despite their performance in the first race of the 2019 F1 season.

Max Verstappen briefly led the team’s first race with Honda power, finished ahead of both Ferraris and put pressure on Lewis Hamilton’s Mercedes at one stage.

However speaking after the race Horner played down the team’s chances of being able to contend for the championship this year.

“I think it’s too early to talk about championships,” he said. “But certainly to be on the podium here is a great moment for Honda.

“We’re very proud of that achievement, grateful for the product they’ve given us. Hopefully it’s a starting point for a strong season.”

“We want to close the gap to Mercedes and Ferrari [and] we’ve done that,” he added. “It’s only one race but we have a good start and we have to build on this positive energy.”

Following the race Red Bull’s motorsport consultant Helmut Marko said the onus was now on Red Bull to make improvements to its chassis to gain grounds on its rivals. However Horner believes there are improvements to be found in every aspect of the team’s performance.

“I think on all areas you never sit still,” he said. “So chassis, engine, all aspects.

“The pit crew were outstanding today with the fastest pit stop. Of course Formula 1 never stands still, this is only the start of 21 races. [The] development will be very intense.”