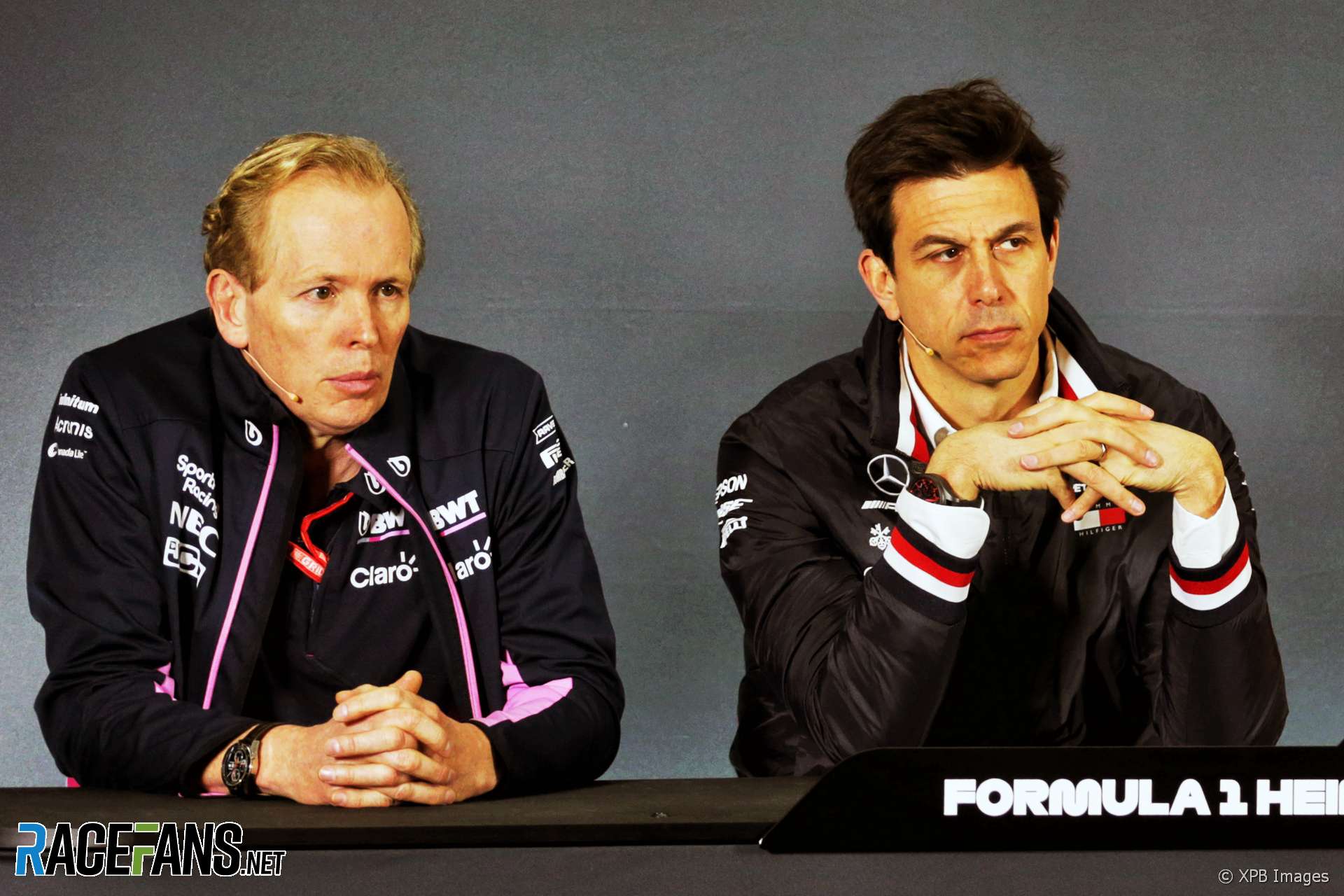 Racing Point’s use of Mercedes wind tunnel does not signal the beginning of a Haas/Ferrari-style co-operation between the two teams, according to Toto Wolff.

The Mercedes team principal denied their engine customer, which already uses their power units, gearboxes, hydraulics and some associated electronics, will not adopt what some have called a ‘B-team’ arrangement.

“First of all, we are not doing a Haas-Ferrari model because Haas was a new entry, a team created from scratch,” said Wolff when asked by RaceFans in today’s FIA press conference. “These guys existed for a long time.”

“Our model is very different,” he added. “Andy [Green, Racing Point technical director] and his team know pretty well what they want to achieve with the car, they have a solid technical group of people and will go in that direction.”

“They will be using some of our infrastructure and we will see where that moves for the 2021 regulations. Once these are carved out, we will decide which of the areas we want to collaborate and where it is possible, regulatory-wise.”

B-teams have been criticised by some team principals who fear they will make the cost of entering F1 prohibitively high for new manufacturers and price existing constructors out of competition. But Wolff believes they can help make F1 more competitive.

“I don’t see what’s so bad in a Haas-Ferrari model actually. We have enabled somebody that was keen to enter Formula 1 in setting up a team, with the cooperation with Ferrari it got out of the blocks really well, and fights solidly in the midfield. I think that’s good for Formula 1.”

As RaceFans revealed this week, Racing Point will begin using Mercedes’ wind tunnel within the next few months. Green said the change was being made “for purely efficiency reasons.”

“We take their gearbox and hydraulics as well,” he said. “I’d like that to stay. I think that’s everything that is being discussed for 2021, I think that’s all on the agenda.”

“It’s where we go forward as a team, thinking ahead for 2021,” he added. “We want to build our team to be the most efficient team based around those regulations and when those regulations are finalised we will have a clear idea of what we need to do.”