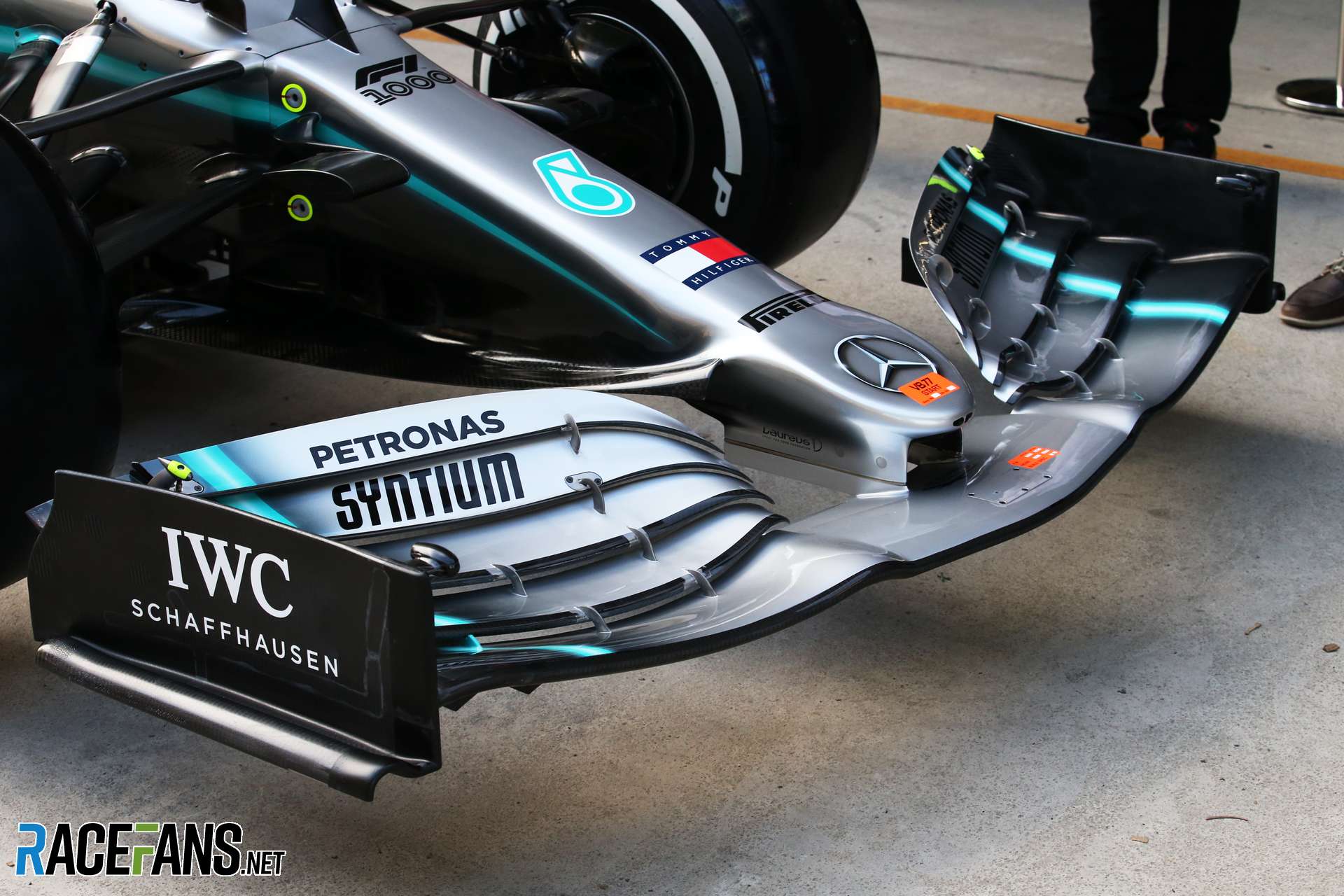 Mercedes swept the front row of the grid for the Chinese Grand Prix despite having to modify the revised front wing it had brought for the race at the track.

The team brought its updated wing to China after being stung by the superior pace of Ferrari in Bahrain. It’s one of the most noteworthy new components in the pit lane this weekend.

The wing is not a completely new design but a modular update of the design seen in the second pre-season test. Much of the wing remains identical to the original spec, but specific sections have been replaced with a newly shaped; endplate and outer wing span.

The team had to comply with the FIA’s requested changes to the front 50mm portion of the wing. This requirement was communicated in a technical directive at the beginning of the month.

As Mercedes had already planned to introduce the new wing this weekend, it had to be modified at the circuit before first practice began.

“If your interpretation of the rules is different to what the FIA’s interpretation is you need to accept the sporting authority,” acknowledged team principal Toto Wolff.

“It was a bit of a complication to modify hardware components in the field. But we have a really good group of people here that are able to do that under poor conditions.”

The rear of the endplate is more interesting aerodynamically. Two aspects have changed, firstly the cut-out in the top rear corner has gone from being a rectangular notch to curved cut made to the entire trailing edge. With the greatest open section at the top, exposing the wing tip in the resulting opening.

Below, the footplate section has been truncated, in a similar style to that of the Haas. Then the main wing profile is revised for the outer span, where the profile curves downwards towards the endplate, rather than joining it at right angles. This effectively makes the outermost section of the wing steeper, creating higher pressure at the trailing edge.

Given the regulation changes this year, all of these changes are directed at creating more outwash and have little effect on downforce. With the cut-out shape and re-profiled wing tip, the aim is to increase the power of the wing tip vortex, spilling off the trailing edge of the wing through the new cut out. As the greater pressure difference created by the wing’s steeper angle of attack, has somewhere to escape through. This should push more airflow out around the front tyre preventing it being pulled back downstream by the rear wing and diffuser.