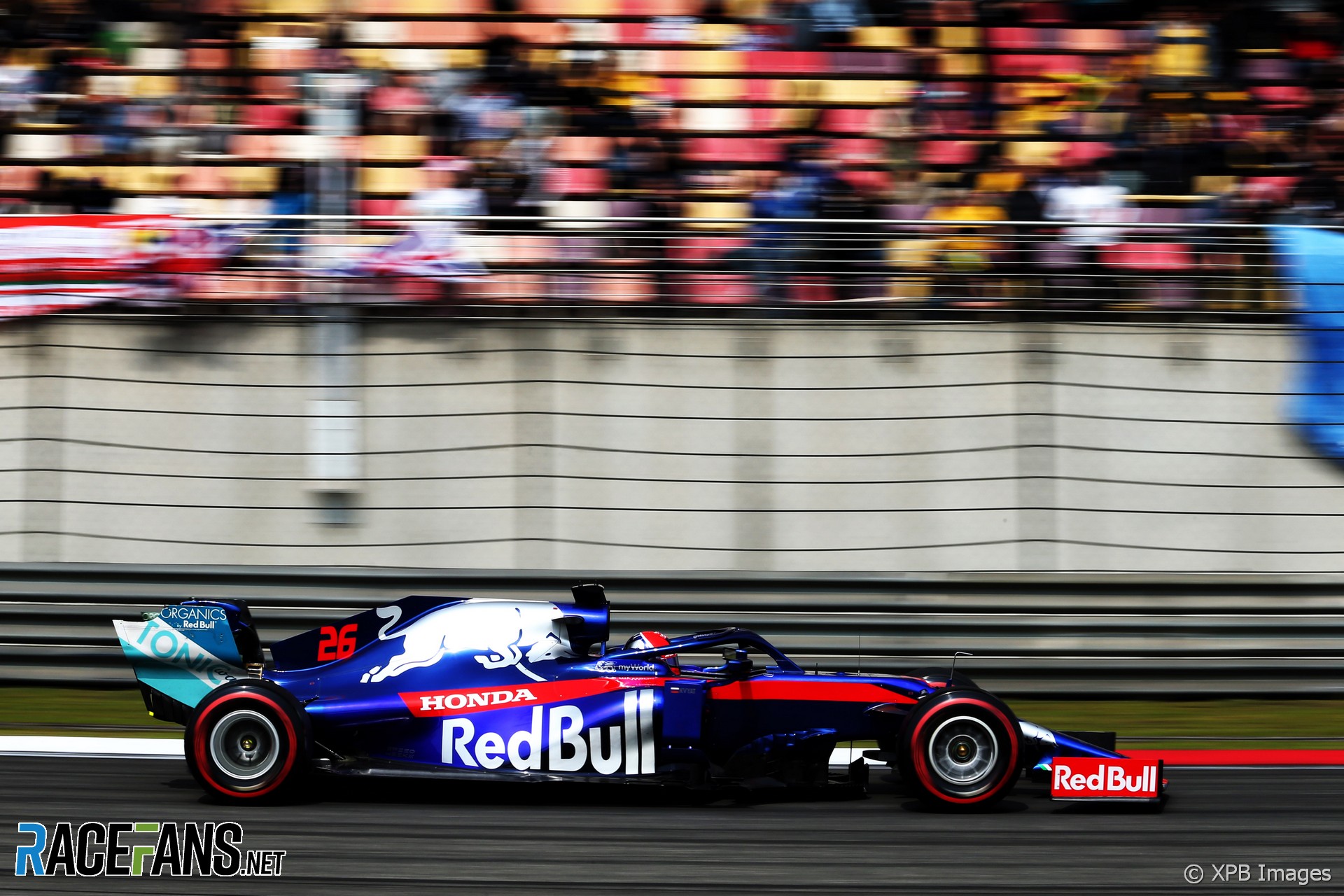 The Chinese Grand Prix stewards ruled Daniil Kvyat was entirely to blame for his first-lap collision with the McLaren drivers.

The Toro Rosso driver was give a drive-through penalty and handed penalty points on his licence for instigating the collision at turn six with Carlos Sainz Jnr and Lando Norris.

Kvyat initially made contact with Sainz’s car. That sent his Toro Rosso sideways into Norris, whose car briefly flew into the air. The contact left both McLaren cars damaged, meaning the two drivers had to pit for repairs at the end of the first lap. Kvyat’s car was undamaged and he was able to continue.

The stewards held Kvyat responsible for the collision following an investigation. “The stewards reviewed video evidence and concluded that the driver of car 26, (Daniil Kvyat), lost control of his car at the exit of turn six and hit the cars to his left,” they explained.

“He did this on his own and the stewards determined that he was wholly at fault, causing the collision.”

Kvyat was also given his first two penalty points of the current 12-month period. These are the first points he’s accrued since returning to Formula 1 at the beginning of the season.