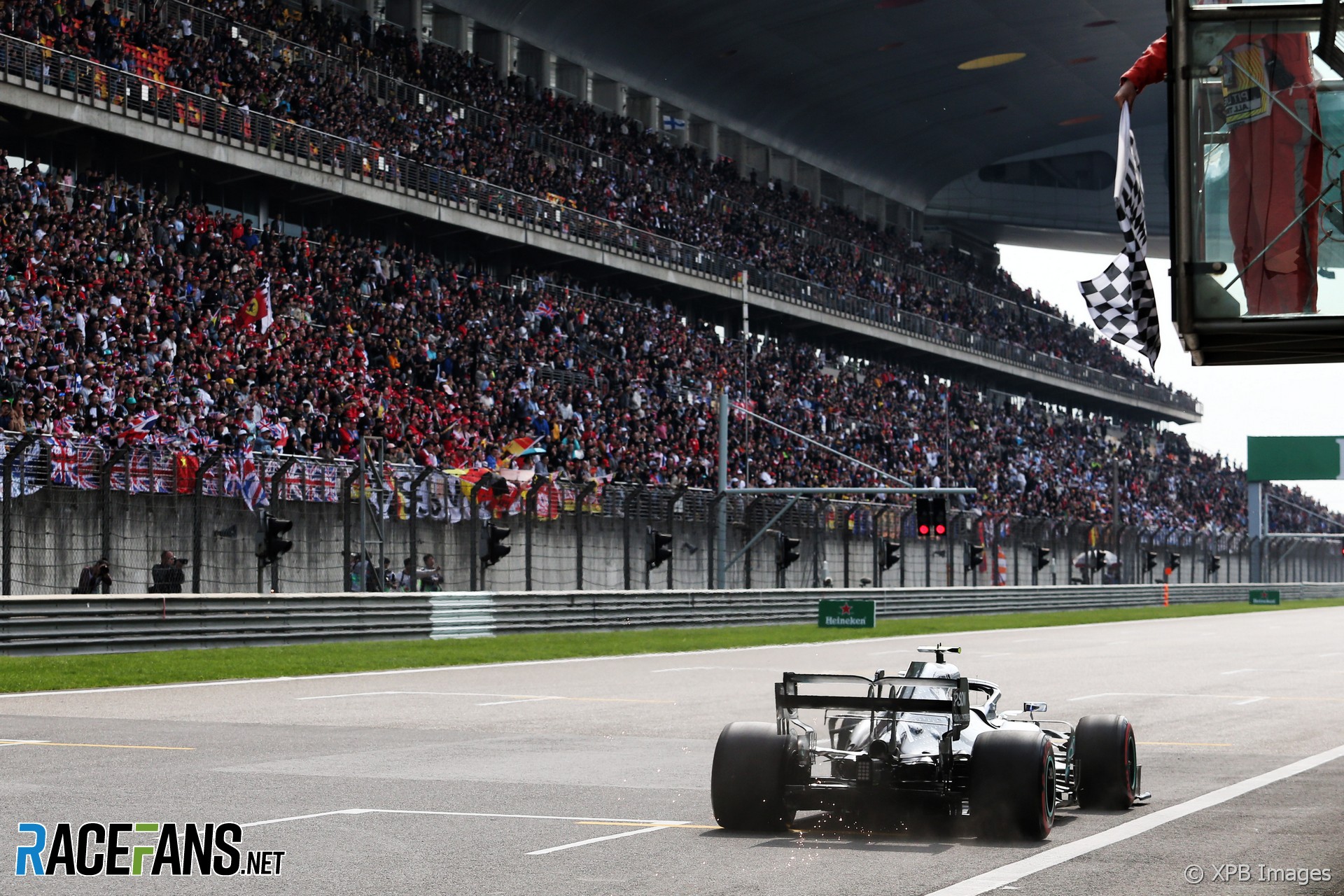 I think we’ve achieved the first step. This is a sell-out crowd in Shanghai.

And certainly, I think it’s a big enough place. Formula E is having two races in China: One in Hainan Island [Sanya] and one in Hong Kong. Why not go to Hong Kong race downtown or go to Beijing? I would love that.

Alexander Rossi will start the IndyCar Long Beach Grand Prix from pole position for the second year in a row – and bid to score his second win in a row at the California street track.

30 min to give me a penalty for an incident that was judged fine in Mexico, absolutely gutted to not score any points today

If @LewisHamilton had put his three best sectors together in one lap he'd've been on pole position. Here's how the grid would look if all the drivers had nailed their theoretical best lap time in qualifying.#F1 #ChineseGP pic.twitter.com/Oo0kTuIPvh

To celebrate #Race1000, we thought we'd ask the team for their standout #F1 memories! 🙌

And who better to kick us off than Otmar – throwing it all the way 🔙 to 1984… #F1 #ChineseGP 🇨🇳 #MakeItCount pic.twitter.com/yIxll3xYFn

Verstappen didn't actually say "I'm finished, right?" until he was passing the pits. The way this has been edited makes it look like he gave up immediately after Vettel passed him.

"The gap to the front runners is significantly smaller than it was in Bahrain and we can have a strong race from here."

"We were less than a tenth away from making Q3 so I feel quite happy with our performance considering our speed in practice."

Valtteri and Lewis lock out the front row in China (Mercedes)

"Lewis took a bit of time to find the peak of the grip on the tyres but by his second run in Q2 he was looking very competitive and it was extremely close between our drivers in the final part."

"At the moment, we do not know the full extent of the possible damage to the various PU elements. Alex can still do well tomorrow, starting from pit lane, as he showed a good pace in free practice and overtaking is possible here."

Pierre Gasly needs to up his game quickly:

I heard rumours that the black hole picture that was revealed during the week was shot in the gap between Max and Pierre.
Joao (@Johnmilk)