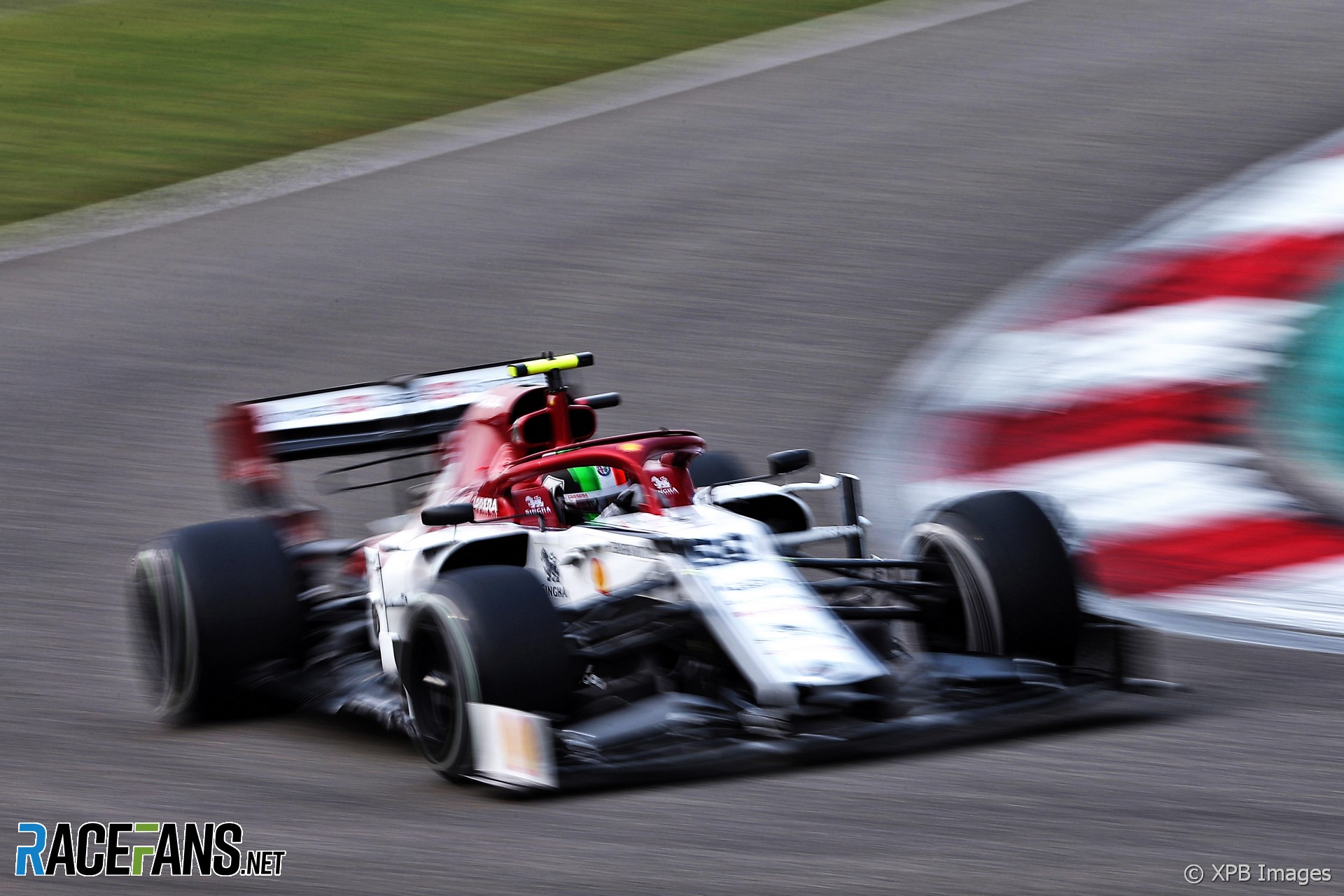 Antonio Giovinazzi needs to be given time to demonstrate his potential in Formula 1, says Alfa Romeo team principal Frederic Vasseur.

The 25-year-old, who is in his first full season of F1, is yet to take his first points. But Vasseur said technical problems on Giovinazzi’s car have been partly to blame.

“Antonio so far couldn’t show his real potential, but that’s completely down to the team,” said Vasseur. “Some technical issues and therefore missed track time meant that he could never get comfortable and get the best out of the car.

“But especially in Australia in Q1 he showed how fast he is. Everyone just needs to be a bit patient and I’m sure he’ll come around.”

Giovinazzi was unable to set a time in qualifying for the last race due to a power unit problem arising from the team’s decision not to fit Ferrari’s new-specification Control Electronics following the fault Charles Leclerc experienced in Bahrain.

All 12 of Alfa Romeo’s points have been scored by Giovinazzi’s team mate Kimi Raikkonen.

“Kimi is doing a great job,” said Vassuer, “his feedback to engineers is as precise as it can be and as soon as he sits in the car he gets the job done.”

“We’ve scored points, which is great, the car showed great potential,” he added. “But at the same time we faced some technical issues and tricky situations.