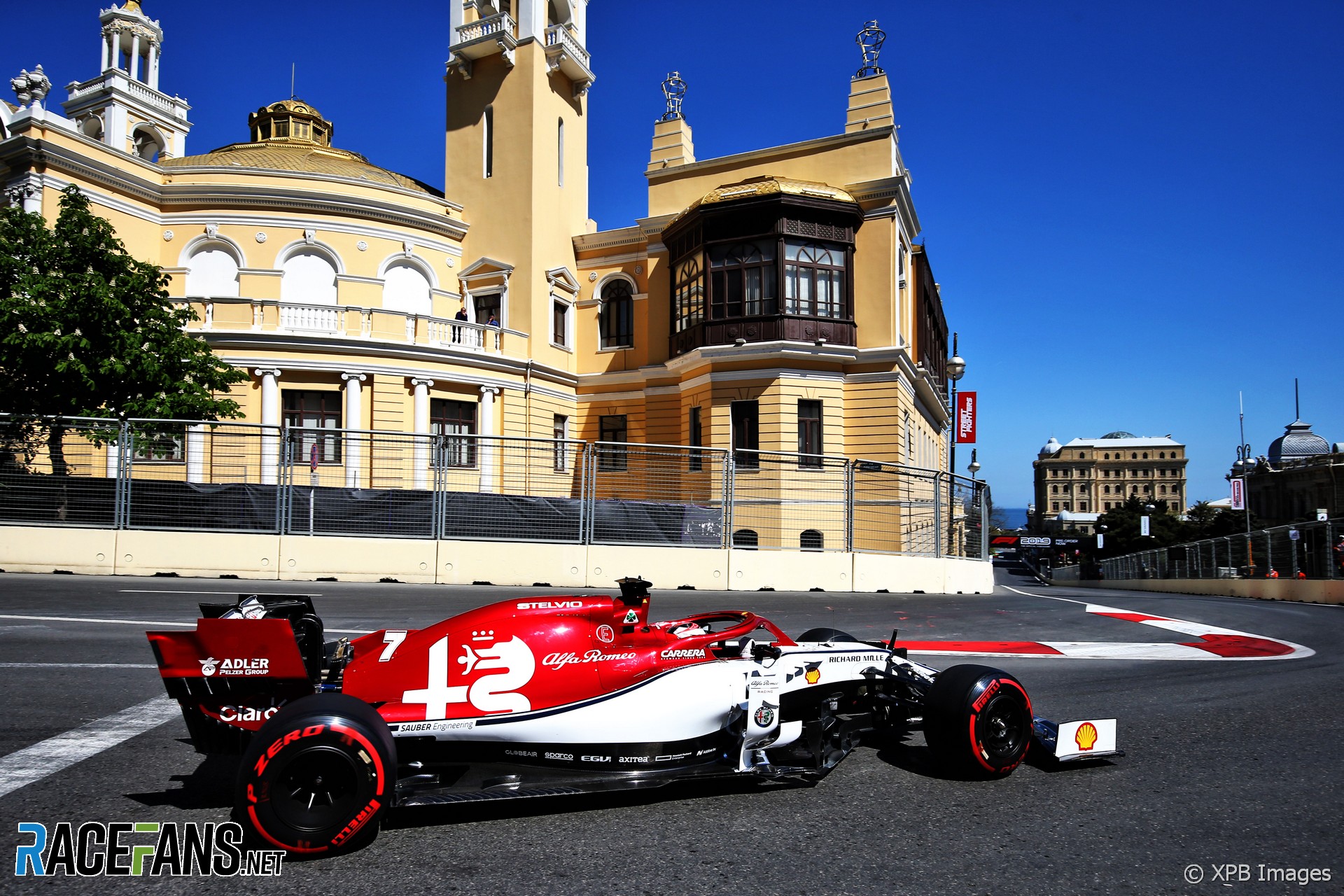 Kimi Raikkonen has been excluded from qualifying after his Alfa Romeo’s front wing was found not to conform with the rules.

Raikkonen’s front wing failed a front wing load test. The stewards found it “deflected more than 5mm under a load of 60N”, violating article 3.9.8 of the F1 Technical Regulations.

The stewards noted they “reviewed the evidence from the technical delegate and heard from the team representatives” but ruled Raikkonen should be “disqualified from the results of qualifying”.

As Raikkonen’s car was found in breach of the technical rules, he is excluded from the results of the session, and will have to start the race from the pits. He joins Pierre Gasly, who was ordered to start from the pits for missing the weigh bridge during practice, and Robert Kubica, whose car set-up has been changed following his crash in qualifying.

The first driver to benefit from Raikkonen’s exclusion is Charles Leclerc, who moves up to eighth on the grid. He is followed by Carlos Sainz Jnr and Daniel Ricciardo, who will start inside the top 10 despite not having reached Q3.

10 comments on “Raikkonen excluded from qualifying, will start from pits”