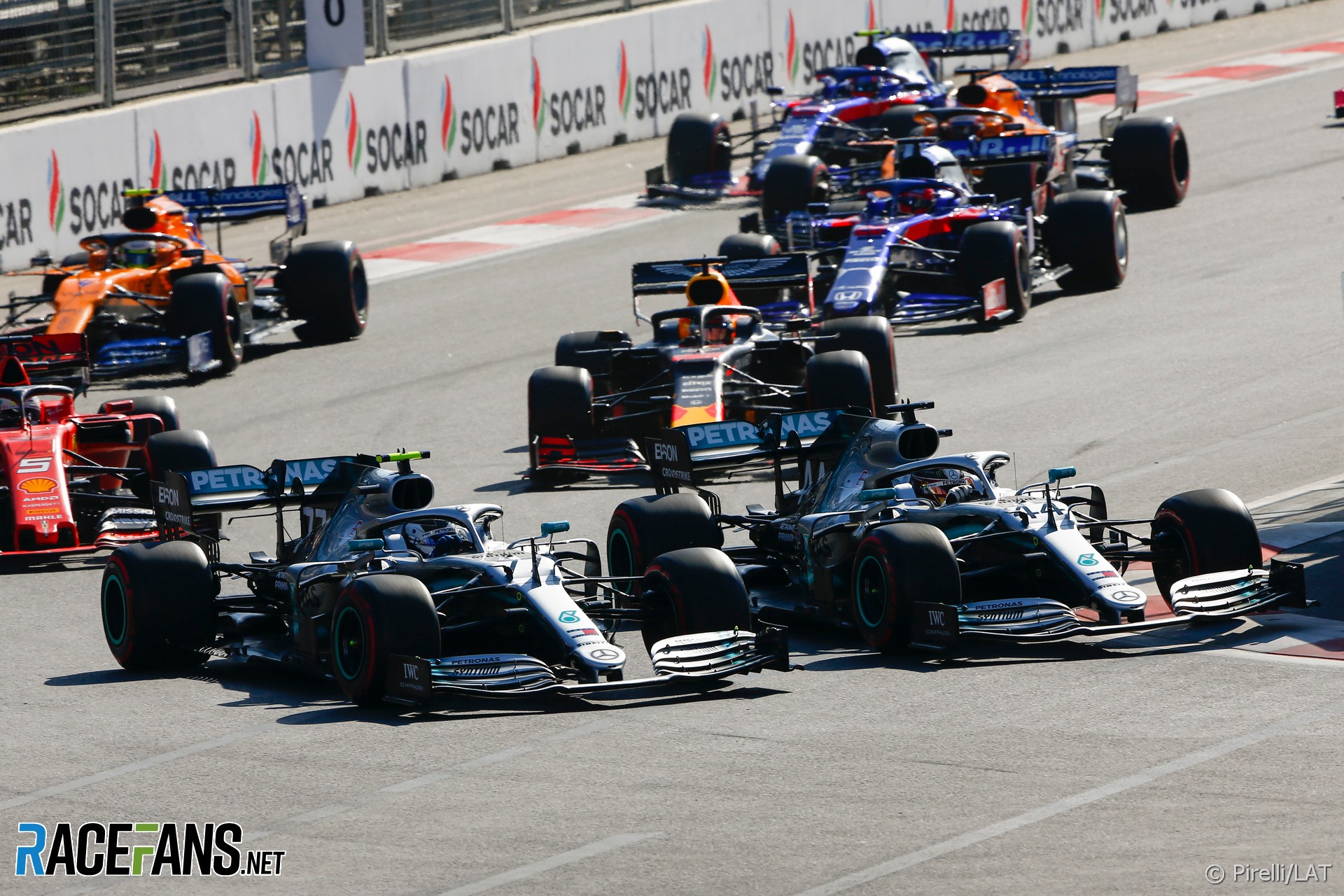 Lewis Hamilton says he expects his relationship with team mate Valtteri Bottas to remain harmonious as long as both continue to respect Mercedes’ “rules of engagement”.

The pair went wheel-to-wheel through the opening corners of the Azerbaijan Grand Prix, with Bottas ultimately emerging ahead and going on to win the race. Hamilton later said he would have been more aggressive if he had been racing a driver from another team.

In their third year together at Mercedes, there has been no sign yet of the tensions which persisted when Hamilton and Nico Rosberg were team mates.

Asked whether he expects his relationship with Bottas to remain constructive, Hamilton said: “I can’t tell you what’s going to happen further on in the year. I can’t judge if one’s character will change or not.

“But drivers in the past didn’t stick to the rules of engagement that we have as a team, and Valtteri and I do.”

There were several flashpoints in Hamilton and Rosberg’s relationship, notable in the 2016 Spanish Grand Prix when they collided within moments of the start. Mercedes team principal Toto Wolff said he is pleased with the partnership between his drivers.

“I think we are lucky that they have a very good relationship,” he said. “They got on with each other. There is not a lot of games in the background and I am very happy about that.”

“But as a matter of fact we are conscious we’ve seen relationships deteriorate,” he added.

“We wouldn’t allow a relationship between drivers to deteriorate to the point that it has a negative effect on the team. If that would ever be the case again, after Nico and Lewis, we would issue yellow and red cards.

“But we are far away from that.”