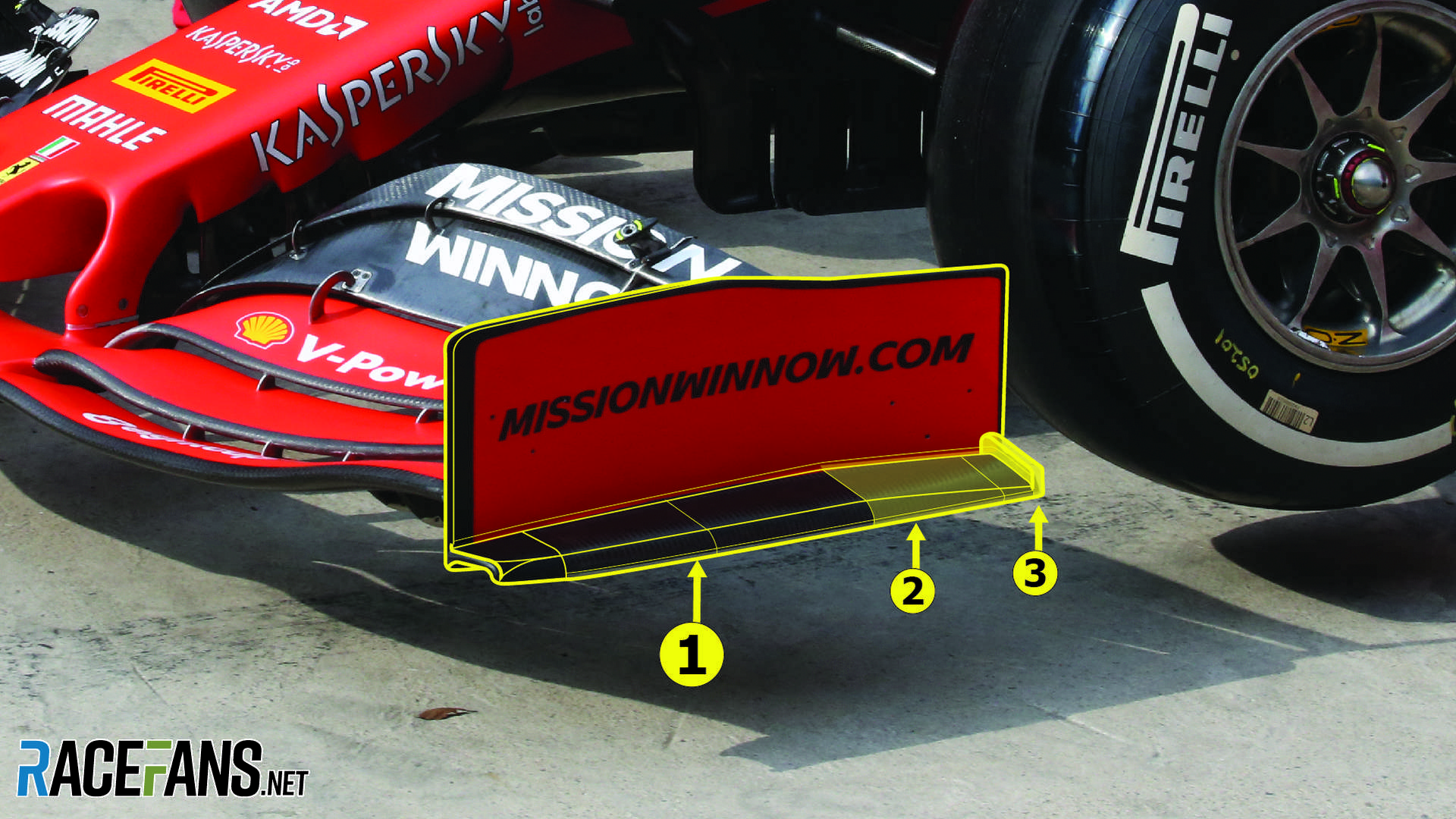 When Ferrari last left the Circuit de Catalunya two months ago, popular wisdom upheld them as the ‘winter world champions’.

Whether that was right or, as Charles Leclerc insisted earlier today, an exaggeration, they cannot have expected to watch Mercedes open their 2019 account with four largely unopposed one-two finishes.

The pressure is on Ferrari to rectify the problems with their SF90. Baku saw the first steps in the development race to regain the upper hand from Mercedes. This weekend Barcelona sees further steps along this path. In aero terms this again looks like an incremental step, but the team has also brought an engine upgrade forward by two races – not the work of a moment.

What the crux of Ferrari’s problem is depends on who you ask. Clearly the car can be quick, but the new Pirellis aren’t working on the SF90 under all conditions. This could be down to downforce, suspension, set up or just tyre management – an area several other teams, notably Haas, are having trouble with.

This is leaving Ferrari quick on the straights when the engine is turned up compared to its rivals, but slow in the turns. Come race day, when engine modes are eased back and tyres become the limiting factor, Ferrari are losing out to Mercedes.

For all their problems, Ferrari are not struggling with their engine. Its initial performance was pegged back in Melbourne due to cooling problems with the control electronics. The same hardware caused reliability problems in the next rounds for Leclerc (Bahrain race) and Antonio Giovinazzi (China qualifying).

With the control electronics problems fixed, Ferrari clearly have a very powerful engine. It can run more powerful engine modes more often than Mercedes, skewing analysis of practice times. It also allows Ferrari to run more downforce if it wants to use up some of its straight-line advantage, but this isn’t helping them win races.

So the early introduction of the ‘spec two’ power unit is something of a surprise. Of course more power or better reliability is always a good thing, but the risk of bringing a power unit update forwards by two races is quite large. And the team will likely still want to use the older, and less powerful or reliable engine, at two later races.

Little is known about the power unit upgrade. It’s likely to be focussed on the V6 engine and its turbo, perhaps with a resulting MGU-H upgrade. Any power increment will be aided by revised Shell formulations, aiding combustion. Ferrari have had to have the unit running continuously on its dynos to ensure the performance and reliability are there and won’t trip the team up.

On the chassis and aero side, the most obvious update is the shark fin. Like most teams Ferrari run the shark fin to the maximum area allowed under the current rules, which were revised to cut the fins back at the end of 2017. However it appears larger as Ferrari do not use the area beneath it as much for cooling as most teams do.

The new fin keep the same basic dimensions, but there is section removed at its front top edge (1), just behind the roll hoop. This will let some airflow pass behind the fin as the car slides at higher speeds, reducing the pressure on the face of the fin and the vortex rolling off its top edge, resulting in less of a weather-vane effect by allowing the car to slide a little more through faster corners.

This may help the car turn at high speed and allow the tyres to warm up a little through these turns. That may prove useful if the Catalunya track isn’t working for Ferrari’s Pirellis.

At the back of the car, the rear wing has been subtly modified. Firstly there is a change in the vanes hanging from the crease in the wing’s endplates, which have increased from six to seven vanes. Then the vertical slits towards the front lower edge of the endplate are a little shorter. These changes are less obviously related to any tyre management problems and merely adjusting the rear wing set-up to the car’s new power output and Barcelona’s long straight.

The changes to the front wing are almost imperceptible, specifically to the footplate (1) running along the bottom edge of the endplate. Previously Ferrari ran a footplate with a curved cross section all the from the front to the rear, the section flattens (2) towards the rear and ends with a little lip (3) on its top edge.

A vortex forms underneath the curved footplate, which prevents airflow being sucked under the wing to maintain the downforce creating pressure difference above and below the wing. This vortex then heads downstream to push airflow around the front tyre, forming part of the car’s armoury of front tyre wake solutions. This will produce a slightly different effect to the simple curved footplate, most likely the flattened section and lip will kick the vortices direction upwards as it nears the front tyre. This is the sort of incremental development teams make as they run aero sensors through testing and practice sessions, to discover exactly how the airflow is working.

This weekend’s upgrades, as in Baku, are not going to be a silver bullet for the team’s woes. More, they are another step developing the car towards the very different 2019 thin-gauge Pirelli tyres. The track and weather could suit the Ferrari this weekend, so any jump in form will have to be looked at in that context and not simply as a result of the updates.