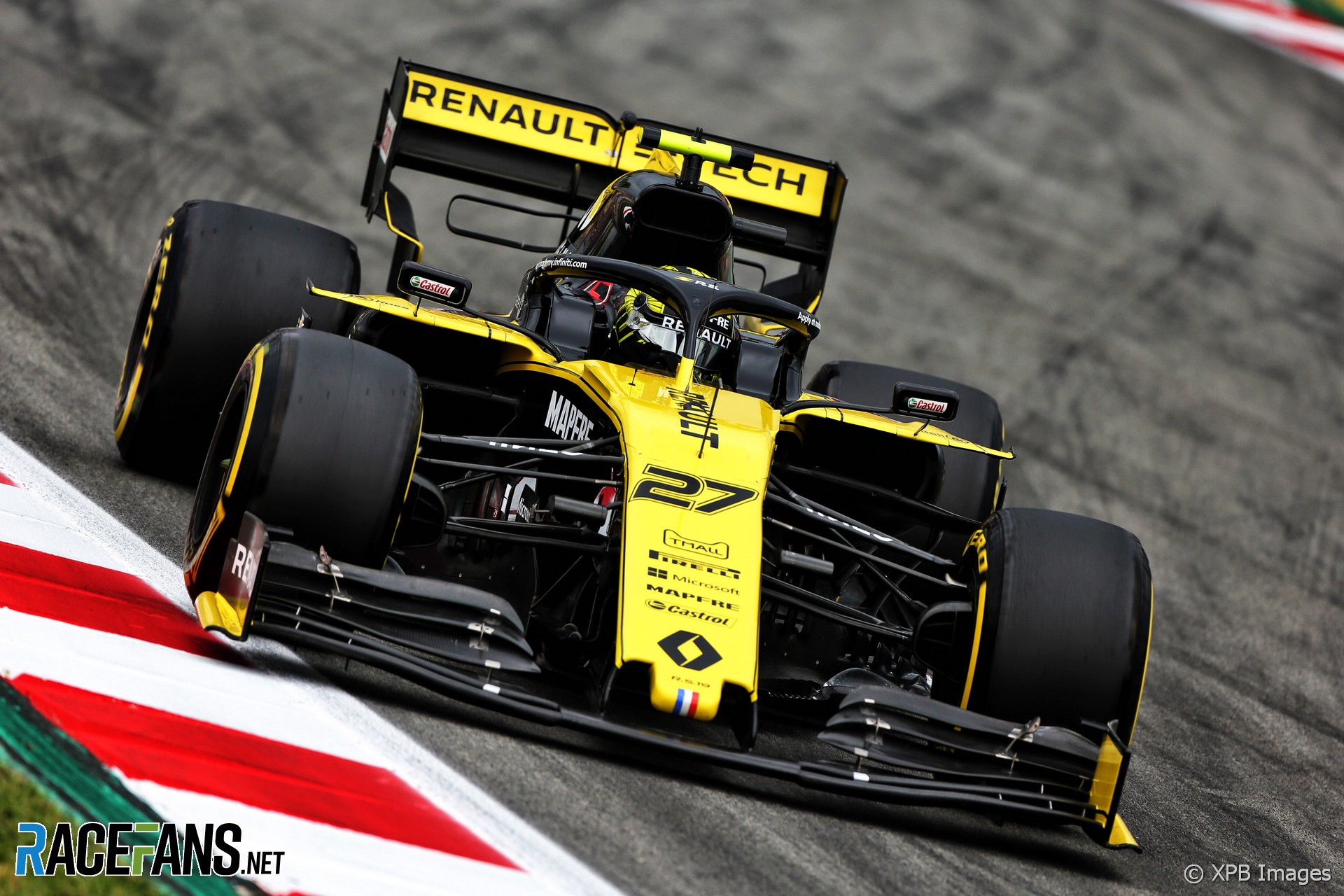 Nico Hulkenberg said his crash during the first stage of qualifying for the Spanish Grand Prix was “definitely not one of my finest moments”.

The Renault driver damaged his front wing and other parts of his car after skidding into a barrier at turn four at the start of the qualifying session.

“It was a little mistake, a little lock-up in turn four, probably was a bit too much too soon,” he explained. “No one to blame but myself.

“And then obviously it’s the one corner where you really can’t recover off-line, there’s no grip. And then the gravel, and the barrier just comes to you. So unfortunately I went off and damaged the front wing and some stuff on the car and then after that it was difficult to recover from there.”

Although the team replaced his front wing, Hulkenberg said there was considerable damage to other parts of the car after he had driven it back to the pits.

“It was more the damage we had to the bargeboards and stuff,” he said. “We changed the front wing, but the whole car was kind of stone-blasted, there was quite a lot of bits and bobs missing.”

Despite the damage, Hulkenberg came within two-hundredths of a second of beating his team mate Daniel Ricciardo to the final place in Q2.