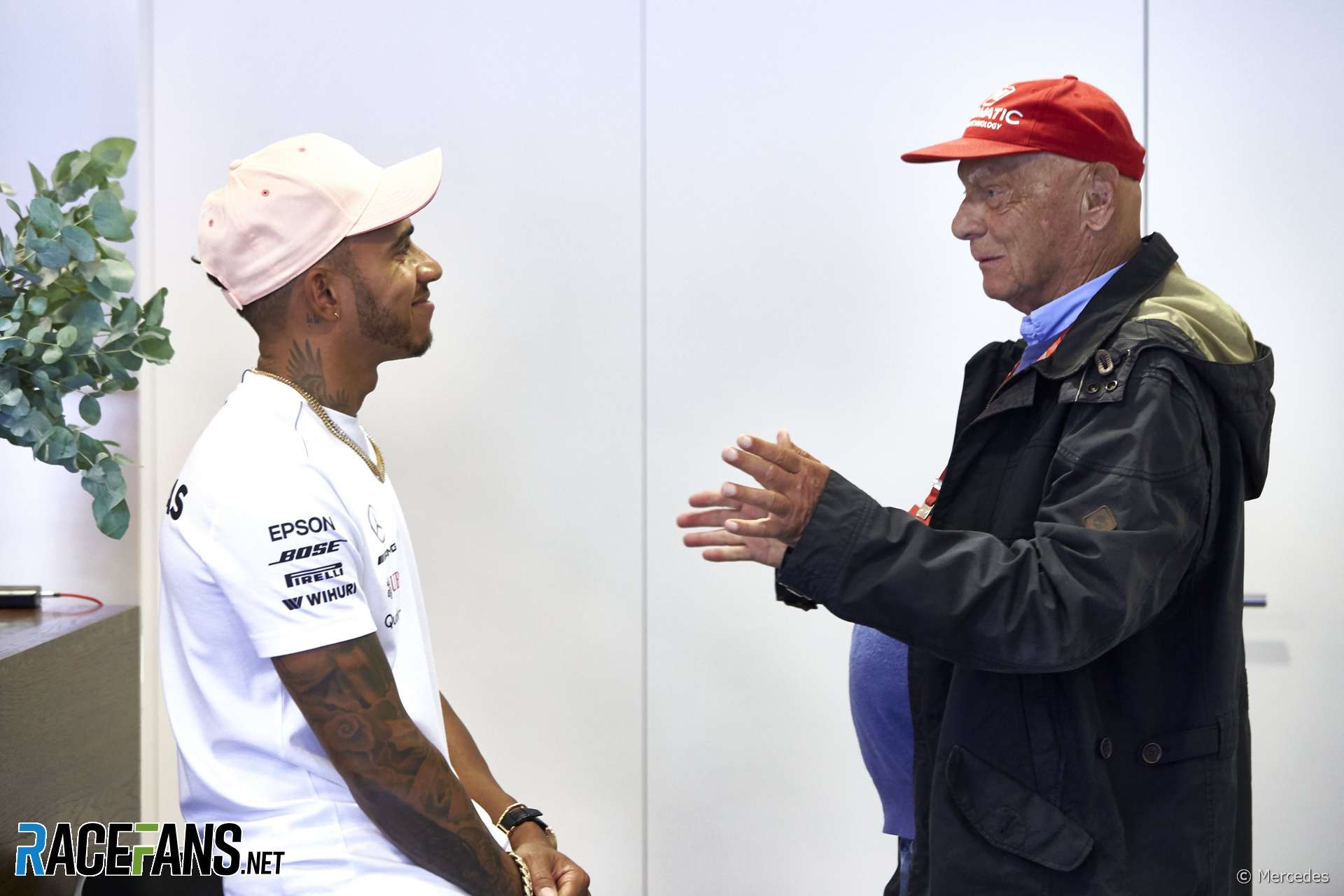 Lewis Hamilton says he is grateful to the late Niki Lauda for bringing him to Mercedes, where he has won four of his five world championship.

Speaking after he took pole position for today’s Monaco Grand Prix, Hamilton described how Lauda persuaded him to join the team seven years ago.

“When I found out the other day I was just thinking because I was here at home in Monaco, I was down by the pool where I live and I remembered getting a call from Niki in 2012. We had never really spoken, me and Niki. So he’s on the phone and he’s like, ‘no, you should come to Mercedes, this is where you need to be’.

“I remember that was the first time we started talking. I had always talked about how Ross [Brawn, former Mercedes team principal] was the convincing element in me coming to the team because when I went and sat down with him, he explained what the team was doing, where it was going, their plans.

“I truly believed in that vision but Niki was the one that brought it to me and got it across the line.”

Hamilton says he owes the success he has enjoyed since then to Lauda encouraging him to join the team and supporting him in it.

“In all of these years, he’s kind of been my partner in crime. All negotiations, when we were pushing for improvements on the car, he was such a racer and even though he wasn’t racing himself he would come up to us and say ‘what could we do better, what needs to be improved on the car?’ You would say front suspension or it’s downforce or it’s the engine and he would say OK and he will go to the factory and he’ll be ‘giving them arseholes’ like he would always say.

“Ultimately he was part of the process of changing my life. If I hadn’t had the call all that time ago, I would be a one-time world champion now and probably 22 wins whatever it was when I was at McLaren. And I sit here a five time world champion and I definitely feel like I owe him a lot.”

After learning of Lauda’s death on Monday, Hamilton was excused from participating in the FIA pre-race press conference on Wednesday.

“It was very, very difficult at the beginning of the week. Everyone’s posting pictures. I don’t feel like I have to conform to how everyone operates. I took my time and again, coming here on Wednesday, I didn’t feel like it was the time to do that.

“But we all love him and miss him and it’s hard to imagine or to think that when someone goes, you’re never going to get to see them again or to talk to them or have conversations. But I’ve got the greatest of memories with him so he will live on in all our memories.”

Lauda had not been to a grand prix since his lung transplant operation last year. Hamilton said he was “in touch with Niki a lot” during that time.

“We would be sending videos back and forth to each other and it was always difficult because some days he looked good and he was really perky and ‘I’m coming back, I’m coming strong and I’ll be at this race’ and then there’s other days where he had immediately lost a lot of weight. So it was definitely tough from afar and then I was very fortunate that I got to see him.”

7 comments on “Hamilton: Without Lauda I’d still be a one-time champion”