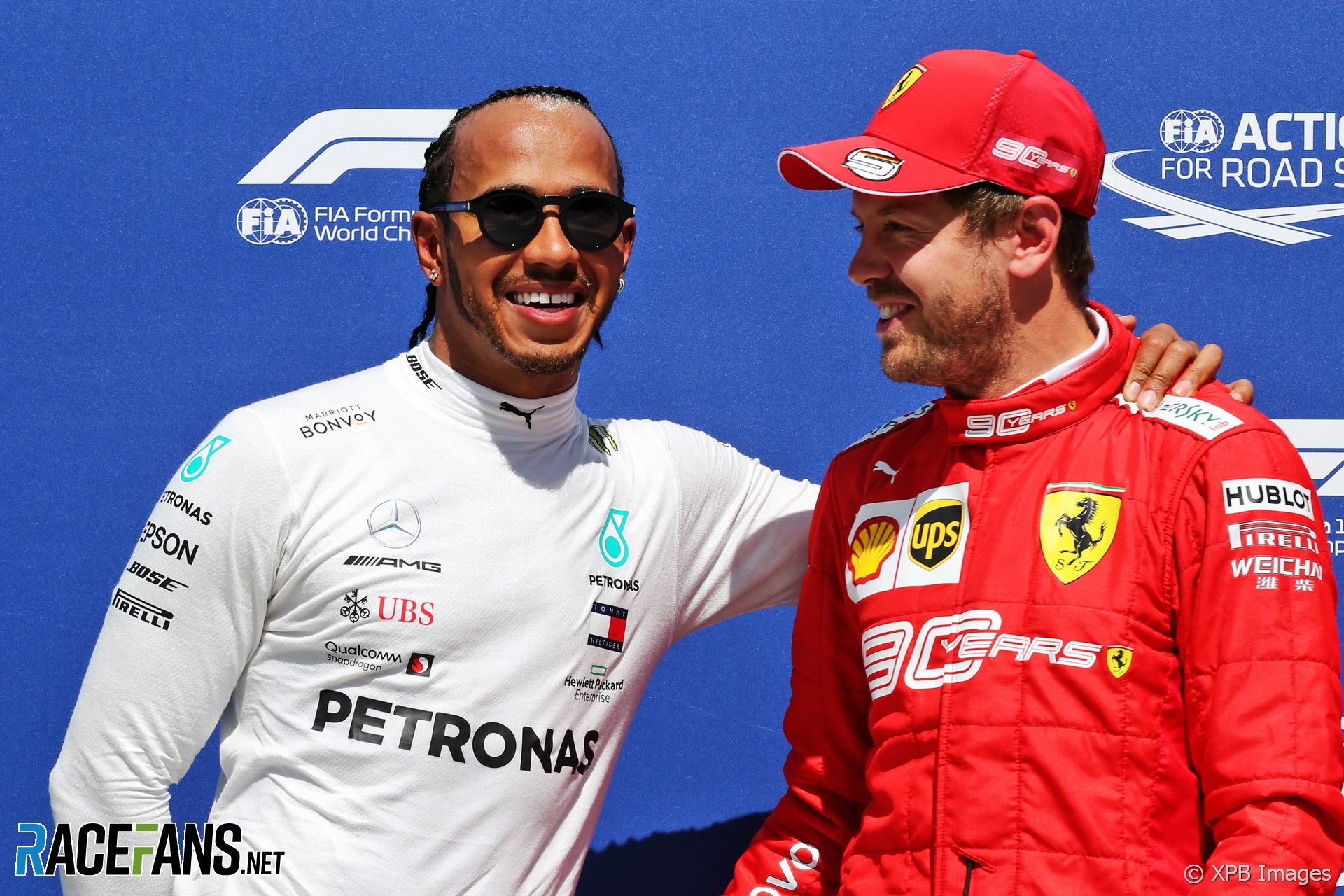 The Mercedes driver said the SF90’s strength on the straights at the Circuit Gilles Villeneuve had been clear since the start of the practice.

Hamilton said he wasn’t surprised to miss out on pole position given Ferrari’s form in practice,

“I think all weekend they’ve had really great pace,” he said. “The large part of it [was] they were like six-tenths up on the straights, so we fought so hard throughout the weekend to try to make improvements.”

Vettel scored Ferrari’s second pole position of their season and his first of the year.

“My first lap was really good and it felt great for a second to be on pole particularly because I missed all of P2 yesterday so quite far behind starting today. But it’s been a really solid day from us.”

Hamilton believes Ferrari’s resurgence in form is “fantastic for the sport” and hopes it is a sign of things to come.

“I love being able to fight with another team and today was just so close. I had no idea where we were going to be.

“At some stages they were ahead of us, we were swapping all the way so that’s how I hope that this is a turning point for them and it’s going to be very close from now on because if we can have a serious battle throughout the season that would be fantastic.”

6 comments on “Hamilton: Ferrari have the “party mode” now”