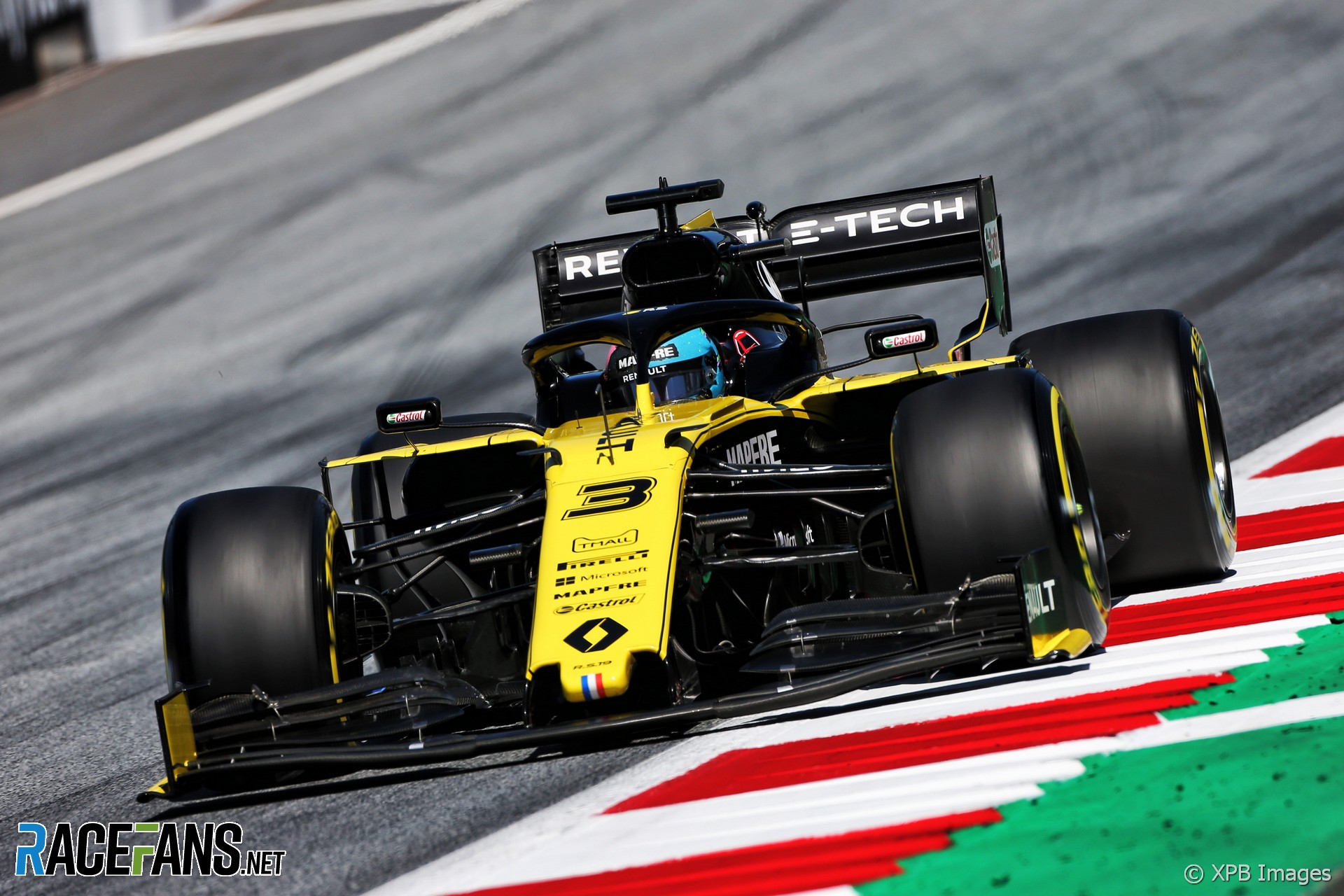 The Renault drivers says they are struggling with a lack of rear grip in their car at the Red Bull Ring.

Nico Hulkenberg and Daniel Ricciardo ended second practice 16th and 17th after sacrificing part of their race stint preparation to work on the RS19’s performance in the slower corners.

“Today was a bit of a special day because we were really lacking some low-speed performance,” said Hulkenberg. “Hence we elected to do another low-fuel run.

“It compromised our high-fuel running a bit trying to get more out of the car. There’s more work to be done overnight. We need to put the thinking hats on and come up with a solution tomorrow.”

Ricciardo said “more rear grip” is the main problem the team needs to work on after he and Hulkenberg found little improvement from their cars over the two sessions.

“The morning actually went relatively OK but the afternoon we felt the kind of just plateaued and everyone else was able to find more and we did struggle.

“I guess the good thing to take now is both Nico and myself are struggling in the same area. So at least it gives the team one direction to try and chase and understand and we’re not confusing the matter. We’re both after the same the same elements in the car to be improved.

“Hopefully we can find it tonight. We might be here for a few hours but all that’s what Friday’s for.”