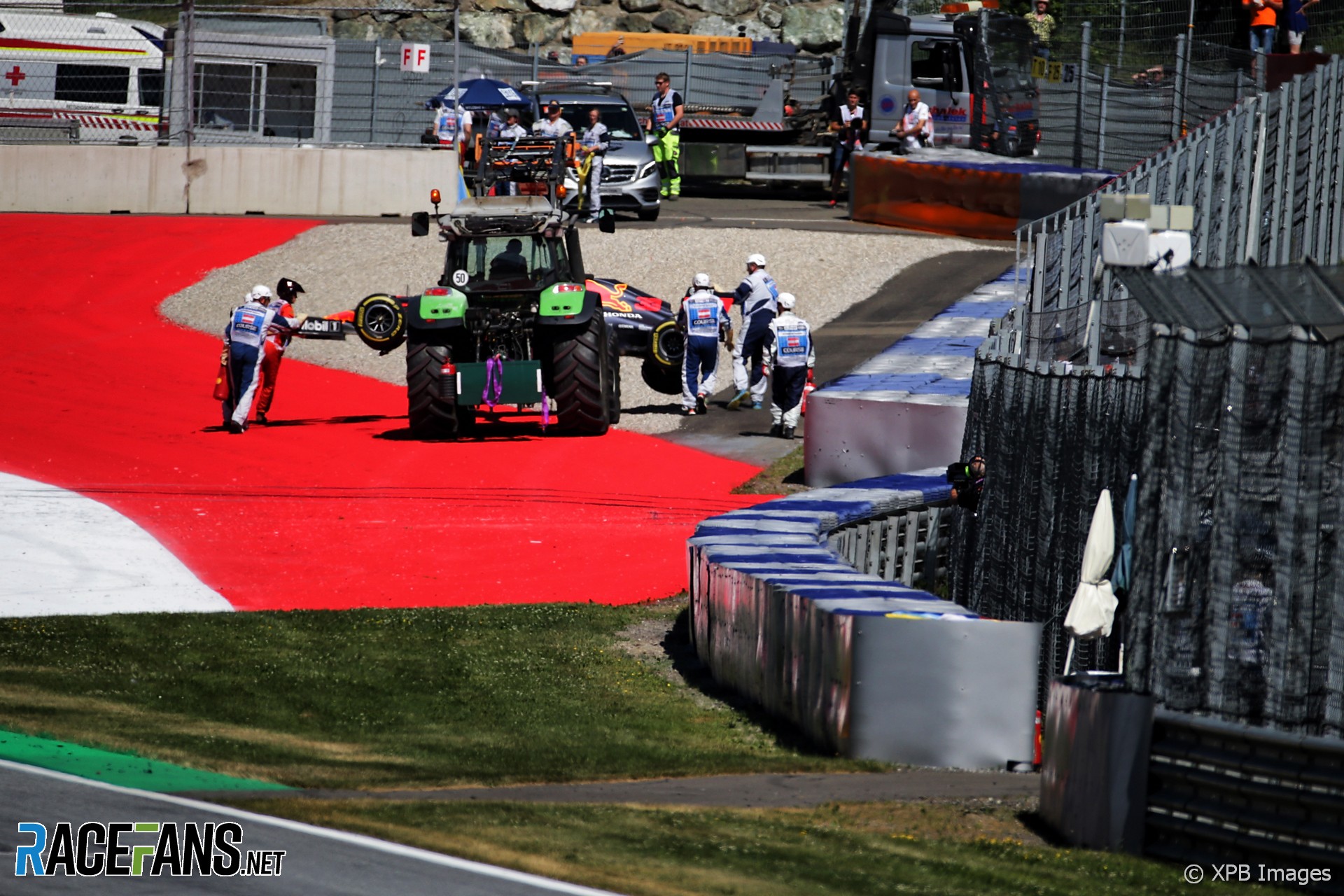 Max Verstappen says wind levels were a problem throughout second practice following his crash at the Red Bull Ring.

Verstappen spun his Red Bull into the wall at turn 10, causing heavy damage to his car.

“I was already complaining all my laps about the wind being really tricky,” he explained. “In some places, just losing the rear.”

He said much the same happened when he lost his car for good. “I got into that corner and you can see in the data the rear turned around. So that definitely didn’t help.”

Several drivers from front-running teams had spins during the session. Sebastian Vettel went off at the same corner as Verstappen, but avoided the barriers, while Valtteri Bottas crashed his Mercedes at turn six.

“This year the cars in general are more sensitive to the wind,” said Verstappen. “I think you could also see with Valtteri at one point just lost it.

“Crashes can happen, unfortunately. Maybe it’s a good thing because they’ll take the whole car apart and put new parts on it.”

Although his team mate ended the session with the second-fastest time, Verstappen is unsure whether he’ll be able to qualify in the first two row.

“I don’t know yet,” he said. “We still have a lot of work to do because I think things can always be better in terms of balance.”