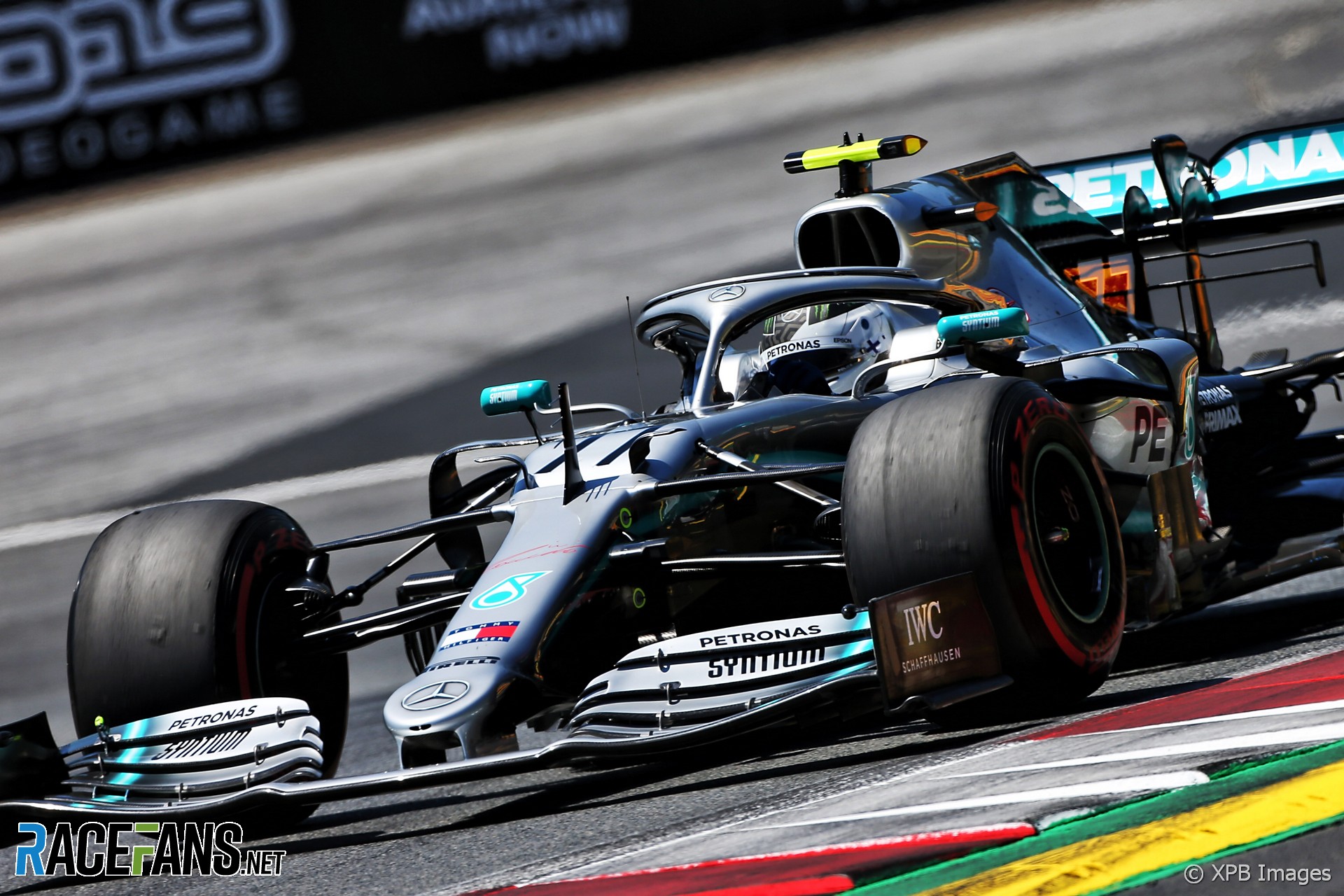 Mercedes are having a less competitive weekend at the Austrian Grand Prix due to the combination of high altitude and hot temperatures at the track, team principal Toto Wolff has revealed.

On the space of one week the team has gone from being 0.646 seconds faster than Ferrari in qualifying to 0.259s behind. Wolff said the combination of lower air pressure and warmer conditions at the track has compromised the performance of its W10.

“There are areas where I believe there is performance we could have optimised,” said Wolff after qualifying. “It is not a layout that suits our package at the moment and we always knew that. At the moment it’s a realistic reflection of where our car is.

“Our car was very dominant in Paul Ricard for example but we knew with the altitude here and the cooling and straight-line speed disadvantage that we have at the moment that this could be a very tough one. I think qualifying reflects the relative level of performance.”

The Red Bull Ring is situated 660 metres above sea level, making it the third-highest track on the F1 calendar behind Interlagos (764m) and the Autodromo Hermanos Rodriguez (2,200m). Wolff admitted Ferrari’s car works better in the combination of conditions the teams are experiencing this weekend.

“The way we packaged our car we are a bit marginal on cooling,” he said. “If you add those two factors of altitude and heat together that puts us in a compromised situation that we just have to open up more than we would like to. So they’ve done a better job in that area.”

Lewis Hamilton said on Thursday he expected the team would have to make compromises with its car to improve its cooling.

“Here is one of the toughest races. Last year we had a double DNF. So for sure you imagine all the engineers are on the edge of their seats, a bit nervous because it’s very hot here, it’s like 700 metres in altitude here.

“There’s only 10 corners but the cars are always on the limit in terms of cooling. The cars are heavier this year so the brakes are even worse. And they end up having to open up the car to create cooling and that’s always worse for the car aerodynamically so you lose performance. Some teams have to do it less than others.”

7 comments on “Mercedes compromised by altitude and heat in Austria”