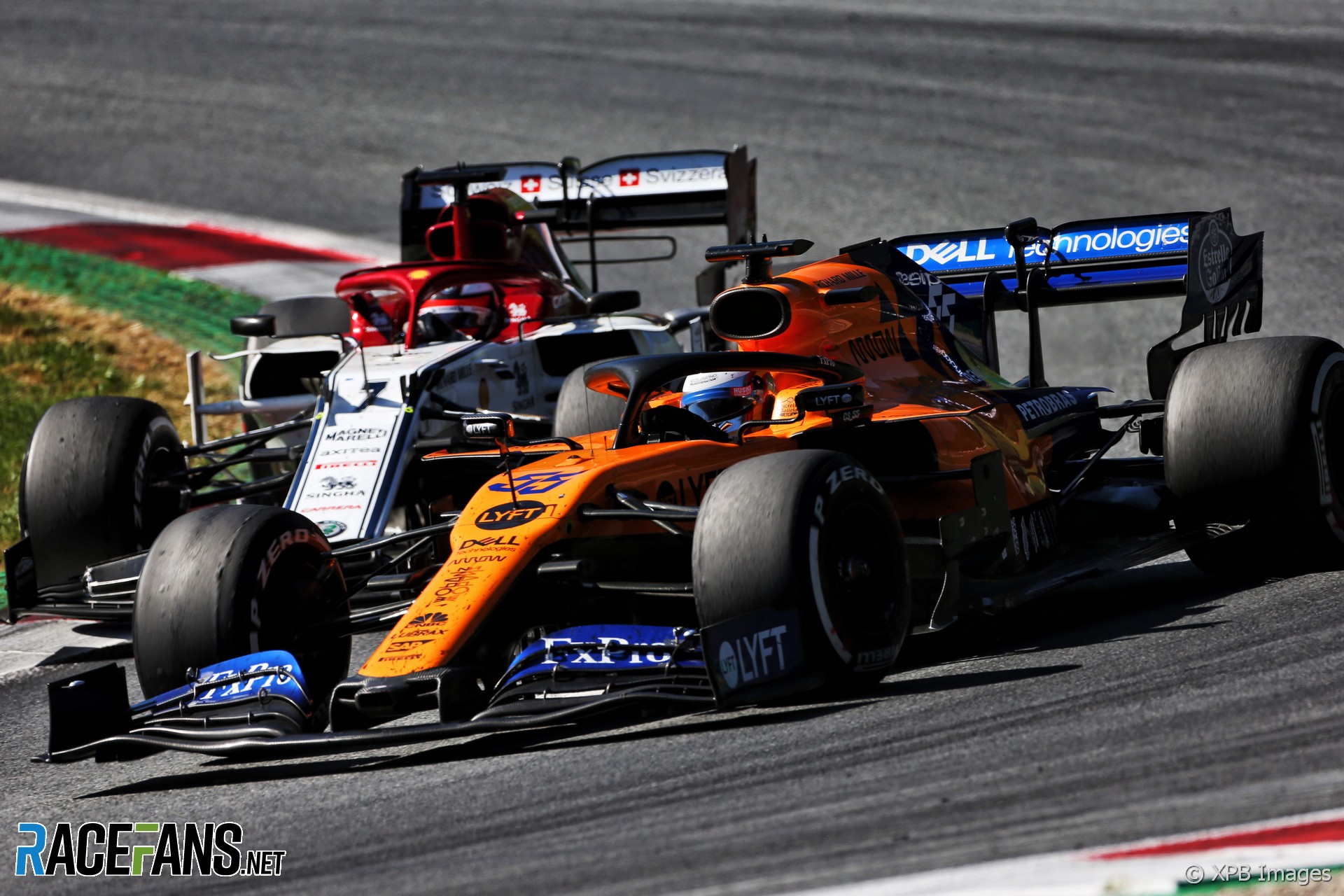 Carlos Sainz Jnr says he isn’t sure how he picked up the front wing damage which spoiled his charge through the field in the Austrian Grand Prix.

The McLaren driver made up six places after his pit stop and was running eighth when he told his team the car suddenly felt “undriveable”. He went off at turn nine shortly after being lapped by Charles Leclerc.

After the race Sainz said he didn’t know how the damage had happened. “One of those kerbs I guess,” he said. “I don’t recall driving [over] any kerbs but maybe saturation from so many laps. An adjustor broke and I lost a whole flap, lost all the aero balance.”

Sainz had strong pace up until that point and was catching his team mate Lando Norris and Pierre Gasly in their battle for sixth place. “Until the front wing broke I was doing 8.6, 8.5, 7.9 at some point I think I did,” he said.

He spent the final laps of the race holding off Kimi Raikkonen for eighth place. Sainz praised his team’s tactics for getting him into the points from the back of the grid. “I had a very good strategy, a very good plan.

“I didn’t attack that much at the beginning to try and go long, try and create a big tyre delta for the last stint and that’s exactly what happened. That gave me a good tyre delta to start clearing people towards the end and just go one by one, inside, outside.

“Then towards the end seeing Gasly and Lando they’re catching half a second per lap or more, it was really good fun I was enjoying a lot. It was a shame the front wing because I would have had fun in the last three laps. But I still enjoyed it.”