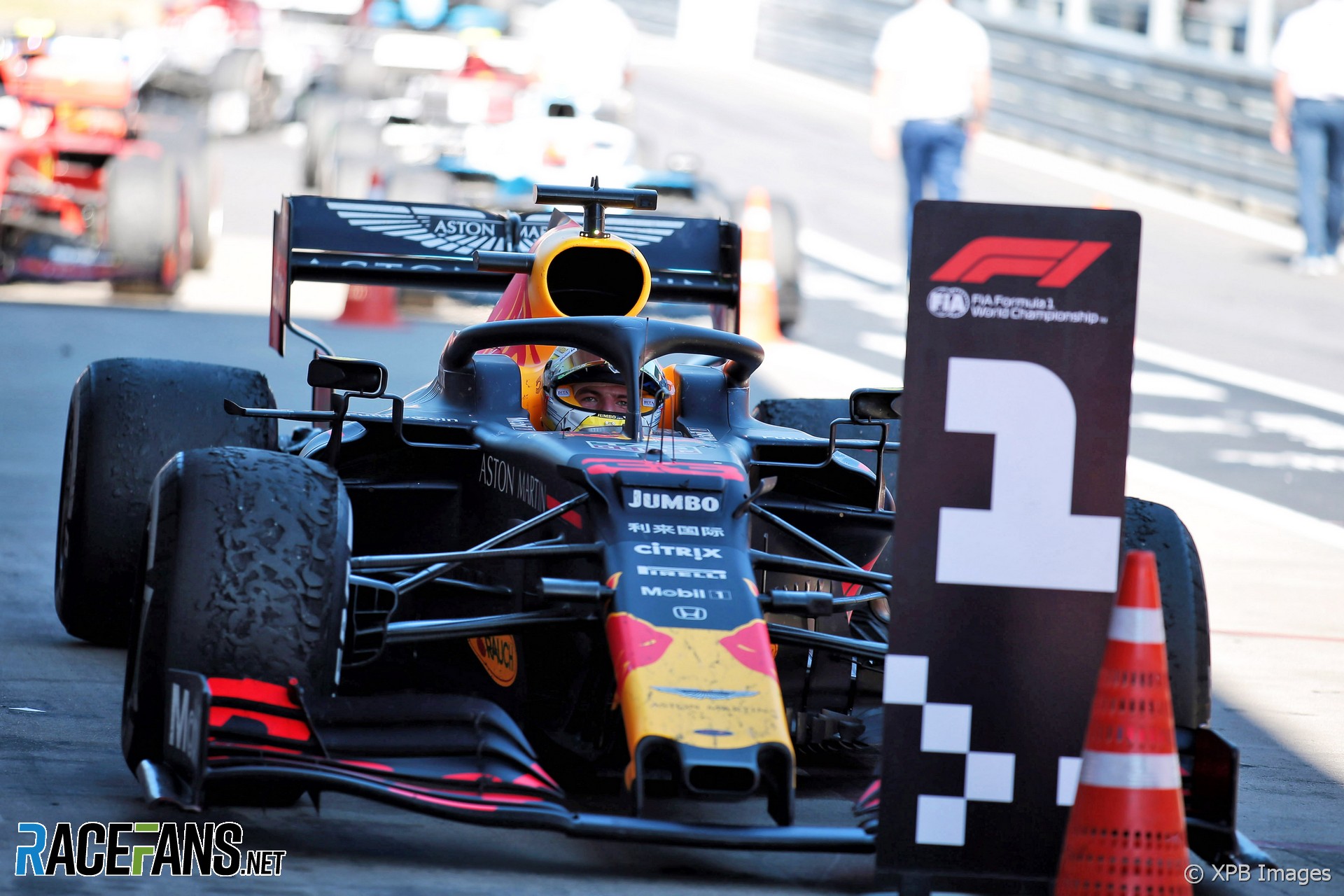 Hamilton was asked if he was surprised to see Honda win a race this year before Ferrari:

It’s great for Honda. They’ve gone through some seriously miserable years obviously at McLaren. I just shows that it’s not always just the engine, it’s a combination of the work that the manufacturer and the team together co-ordinating and getting cooling and all the packaging right so it works well and they’ve obviously done that so congratulations to them.

The Italian racer has a bright future ahead of him! 💪 pic.twitter.com/2aeZxJa0B4

3 yrs ago I spoke about a crazy idea of @WSeriesRacing. It was about equality & opportunity in motorsport. The biggest criticism was ‘people just don’t watch women play sport’. Well 11.7M saw @Lionesses in UK. Who’s on the pulse now? 🙏 to all our global broadcasters, they 🔍

“Unfortunately, when Sebastian actually overtook Lewis there wasn’t enough time for us to come in, get the tyres, get out and actually do a flying lap. We could’ve just done the out lap and that wouldn’t have counted for anything.”

"'With Grid receiving multiple nominations and awards at this year’s E3 event in Los Angeles, including being named ‘Best Racing Game’ by Game Informer and DualShockers, the change has been made to give added exposure to a game we’re hugely excited about,' Codemasters explained."

"The regulation, which has already been largely agreed, is set to be formalised next year ahead of the 2020-21 season and will see a minimum of 80kg (176 lbs) mandated for the driver and seat, including ballast."

"The move comes as part of a push by FE to reduce flat-out races and encourage energy management tests after criticism during the current season relating to the number of incidents caused by the change in racing style."

Jolyon Palmer: "Ultimately, I can't disagree with the decision not to penalise Verstappen because it was just such a tight call."

"We’ll definitely be with DTM for another six races next year. We’ve not yet agreed any other races around the world, but we’re looking at America, Asia, maybe more races in Europe, we’re looking at all possibilities."

"Bahrain and Barcelona have been our best rounds (in term of pace). In Baku, we were quick, but I made a mistake. In Monaco, we were P2 but were disqualified. So, the speed has always been there."

Shwartzman: 'We had some nice, close fighting' (F3)

"It always feels really bad when you make contact generally, but with a team mate it's even worse because we have respect for each other,” he admitted. “You don't want situations like that to come up. Unfortunately, it happened and I can't say much more than that."

All Liberty has to do is look at NASCAR and see how 36 races doesn’t work any more. It worked 10/12 years ago but now every race except for the Daytona 500 struggles to fill 50% of its grandstands.

There is way too much product (36 races plus The Shootout, Dual races and Allstar weekend which makes it over 40) and not enough demand. The NFL is a prime example.

F1 with 20/21 races is what NASCAR needs to do and its what F1 should continue doing. It’s perfect. It’s perfect because I am always looking forward to the next grand prix whereas with NASCAR, it’s on every single weekend. It’s not special because it’s overused. F1 always gives me the feeling that I’m not getting enough but it keeps me craving the next race because each race of the season with the number of races they have on the calendar feels like a gift, it feels special because it’s not something I get to watch 40-plus times in a season.

If Liberty are here for the long haul and not just trying to make a 10 year return and then some back on its investment they surely would recognise this.
Josh (@Canadianjosh)