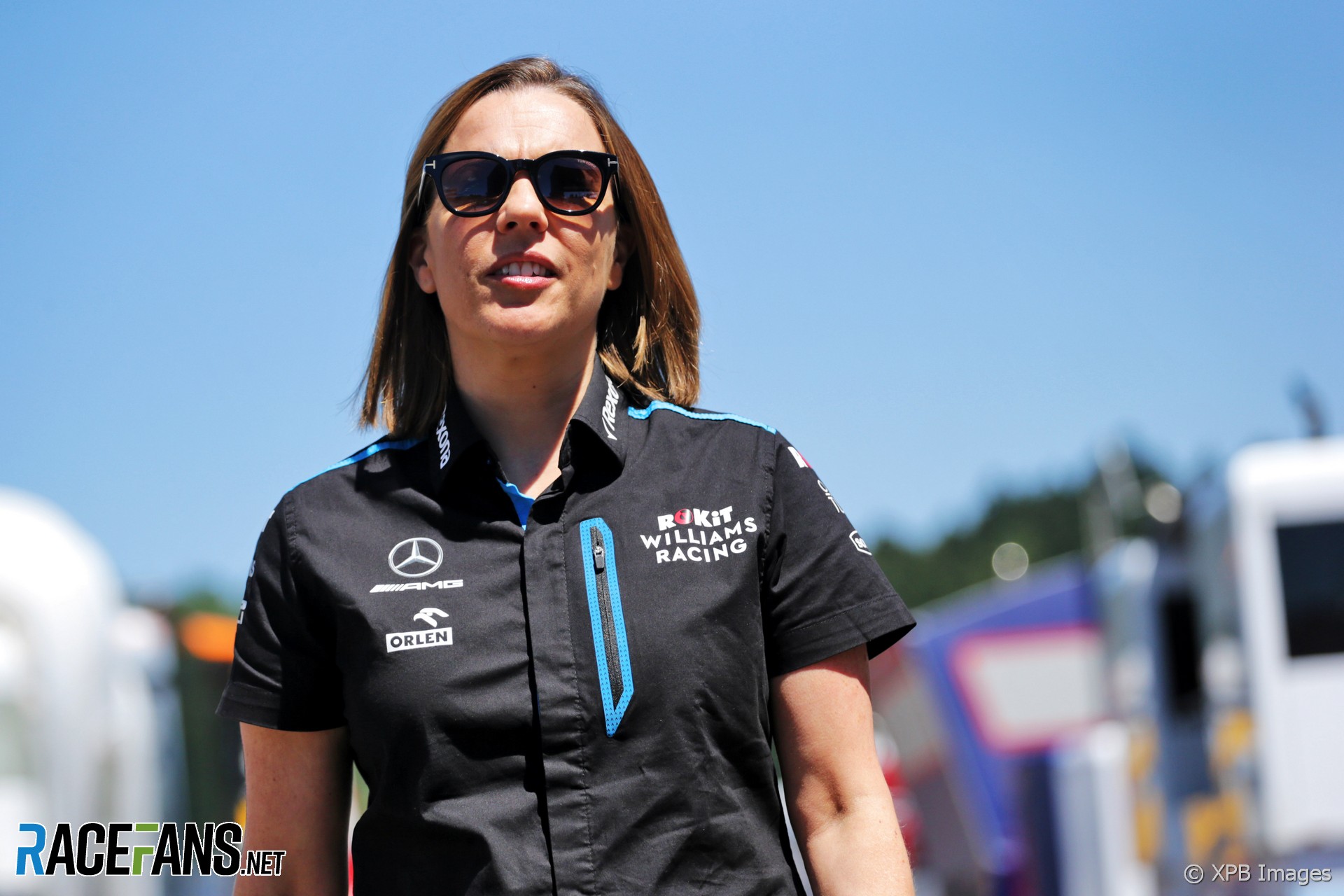 Williams deputy team principal Claire Williams says the team has started to put its disastrous start to 2019 behind it.

Ahead of the Austrian Grand Prix the team confirmed it had officially parted ways with former chief technical officer Paddy Lowe, who had been on a leave of absence since the end of pre-season testing. The team’s FW42 chassis was not completed in time for the start of testing and has lagged well off the pace since the season began.

Having been short of parts for its car in the opening races, the team has started bringing upgrades to its FW42 in recent rounds.

“We have a very capable technical management team in place that have been working since Paddy’s leave of absence started back in March,” Williams explained. “Our chief designer Doug McKiernan and Adam Carter use our head of design and then Dave Robson who runs engineering trackside and they’re working really well together.

“As everybody has seen over the past few races we’ve been able to bring new parts to the track and the majority of which have been adopted because they’ve shown greater levels of performance and we’re slowly closing that gap.”

A significant upgrade is expected to arrive at the German Grand Prix later this month. “The package that we’ve got coming prior to shutdown is predominately an aero-related package [and] we’re looking forward to seeing how it does.”

She confirmed the team was not able to make arrangements to replace Lowe until his departure had been formalised. That done, the team is considering its next steps.

“We’re happy with their technical management team that we have and we’re looking at the options that are available to us now and what would fit most appropriately with our structure,” said Williams. “So as soon as we’ve made a decision and we can make an announcement we’ll share it.”

Pat Fry, who as RaceFans revealed earlier this week is leaving his engineering director role at McLaren, is thought to be a possible target for the team.